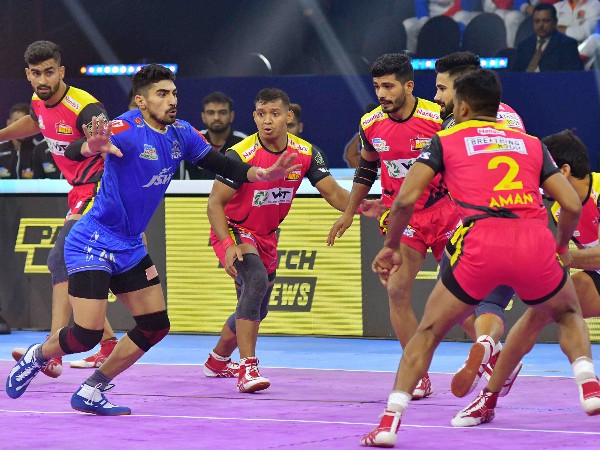 Haryana took a big risk in the match, keeping in-form raider Meetu on the substitution bench in place of Vinay and Bulls made them pay for the crucial error. Neeraj Narwal stole the show for Bulls, earning 9 points, and setting the win for his team.

The match started with Manjeet getting an ankle hold on the dangerous Bharat and earning Haryana Steelers a point. But Manjeet was himself caught by Bulls captain Mahender Singh as his team levelled the scoreline. Moments later, Neeraj Narwal earned a SUPER RAID and then Aman took down Nitin Rawal to inflict an ALL OUT on Steelers.

With Manjeet and Vinay unable to get raid points, Steelers brought in Meetu. But he was caught straightaway and Bengaluru Bulls inflicted another ALL OUT on Haryana to get a hefty lead. Mayur Kadam also joined the party in the final minutes of the first half as he took down Lovepreet Singh and Meetu to get two tackle points as the Bulls led at 27-11 at the end of the first half.

The second half started with Meetu earning a raid plus a bonus point to give some hopes to Haryana Steelers. He earned another bonus point in his next raid as Steelers showcased that they will not go down without a fight.

Minutes later, Bharat was caught by Monu Hooda as Haryana earned another important point. An error from Vikash Kandola gave Manjeet a crucial raid point as Steelers reduced the gap at 19-32.

But Manjeet was caught in his next raid by Aman as Bengaluru ensured they continue to hold their grip on the game. With only minutes left in the game, Bengaluru Bulls started running down the clock and playing only on do-or-die raids.

A herculean effort from Meetu gave Steelers a late SUPER RAID as Steelers inflicted an ALL OUT of their own. But in the end, it was not enough as Bengaluru managed to walk off the mat as winners.