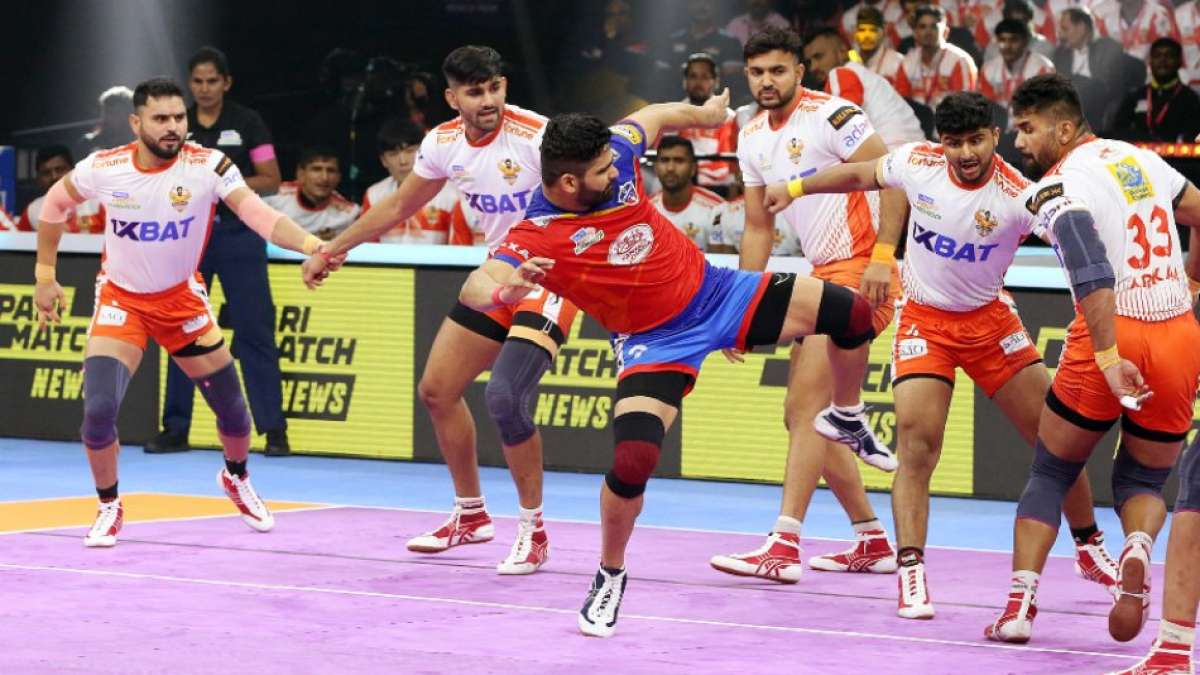 Narwal, who scored 9 raid points in the PKL match, helped his team win a thriller against the Gujarat Giants. Speaking about their 35-31 victory, the UP Yoddhas Head Coach Jasveer Singh said the team was under pressure heading into the match.

“This was an important match for us and we were under pressure going into the match. We had a ten-point lead at the end of the first half and the Gujarat team was under pressure at that time. Our defense unit should have played with a bit of patience when we had the lead, but they made a few mistakes, which helped Gujarat come back into the game. However, winning a crunch game is a positive sign for us,” said Yoddhas coach.

The match between Jaipur Pink Panthers and Puneri Paltan will be a cracker of a contest as both sides have been in tremendous form. While the Panthers will bank on raider Arjun Deshwal, the Pune side will hope for raider Mohit Goyat to take them over the line.

The Bengaluru Bulls will be hoping to get back into winning ways when they take on the Bengal Warriors, however, raiders Maninder Singh and Shrikant Jadhav will pose a tough challenge to the Bengaluru side.