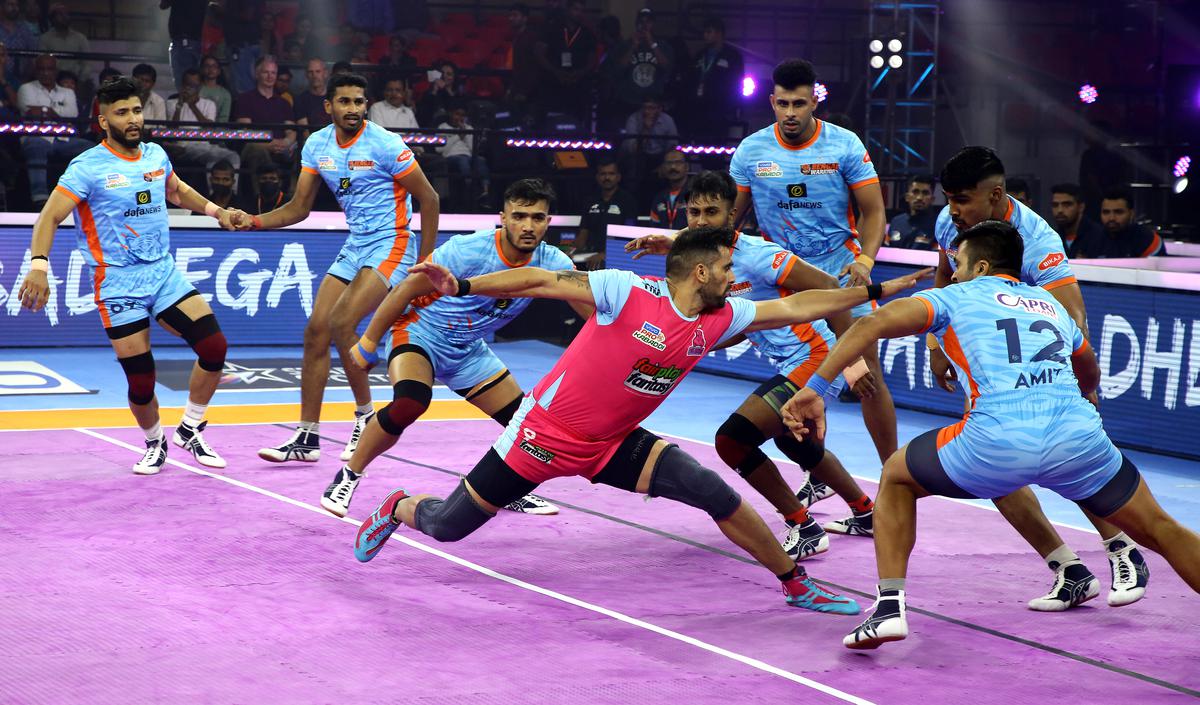 Jaipur Pink Panthers has looked in sublime form in recent matches and the Top Cats have 13 wins and six losses to their tally. Arjun Deshwal has been the top raider this season with 242 raid points. They have also got V Ajith Kumar and Rahul Chaudhari in their raiding unit who have notched up 56 raid points apiece. The young Bhavani Rajput has also made his mark with 35 raid points. Ankush has been on the top of his game in defence as has secured 71 tackle points. Sahil Kumar has also been effective for the Panthers with 50 tackle points, while Sahul Kumar has also looked good for his 35 tackle points.

Bengal Warriors is coming into this game after a loss in its previous encounter and it has eight wins, nine losses and two ties. Maninder Singh has been an asset for the Warriors with 213 raid points and Shrikant Jadhav has assisted him with 100 raid points. The experienced Deepak Hooda has managed to score 47 raid points. As far as the defence goes, Girish Maruti Ernak has looked solid for the Warriors with 51 tackle points. Shubham Shinde and Vaibhav Garje have added value to the defence with 39 and 30 tackle points.

The Jaipur Pink Panthers vs Bengal Warriors Pro Kabaddi Season 9 game will be telecast live on the Star Sports Network and Disney+ Hotstar from 9:30 PM onwards on Saturday, December 3.