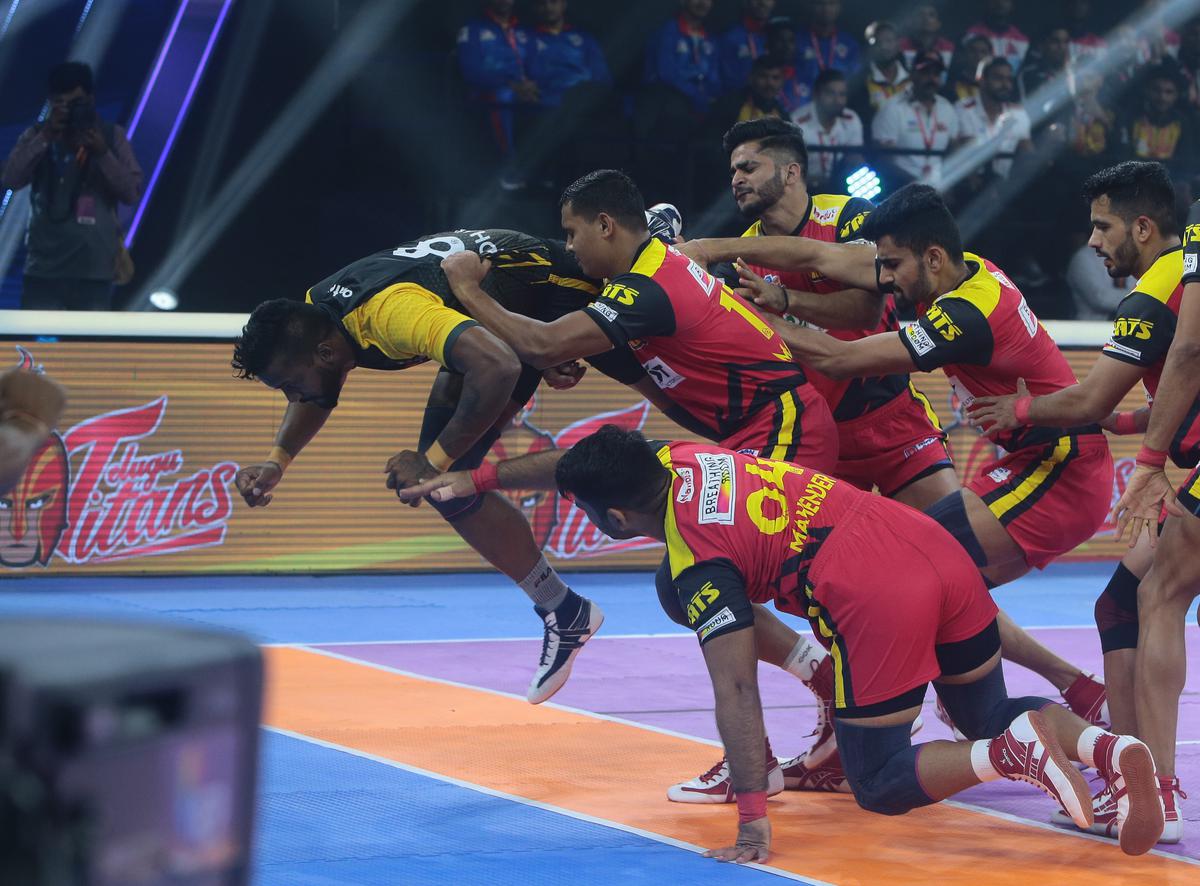 Telugu Titans have struggled to add wins to its tally and will be aiming for its second win of the campaign. They are placed at the bottom of the points table with a win and 12 losses so far. With 92 raid points, Siddharth Desai has been the pick of the raiders for the Titans. Vinay and Monu Goyat have contributed with 36 and 31 raid points. As far as the defence is concerned, Vishal Bhardwaj and Parvesh Bhainswal have chipped in with 24 tackle points each. Ankit and Surjeet Singh have amassed 15 and 14 tackle points for the Titans and would look to add good value to the side.

Bengaluru Bulls, on the other hand, will be making its way into this game after a convincing win. They have been one of the strong teams in the competition with eight wins, four losses and a tie. Bharat has shown his brilliance with 143 raid points and has been assisted by Vikash Kandola who has scored 76 raid points. Neeraj Narwal has also played his part with 44 raid points. In defence, Saurabh Nandal is leading the charge for the Bulls with 44 tackle points. Aman and Mahender Singh have been helping hands for Nandal with 25 and 24 tackle points.

The Telugu Titans vs Bengaluru Bulls Pro Kabaddi Season 9 game will be telecast live on the Star Sports Network and Disney+ Hotstar from 8:30 PM onwards on Tuesday, November 15.