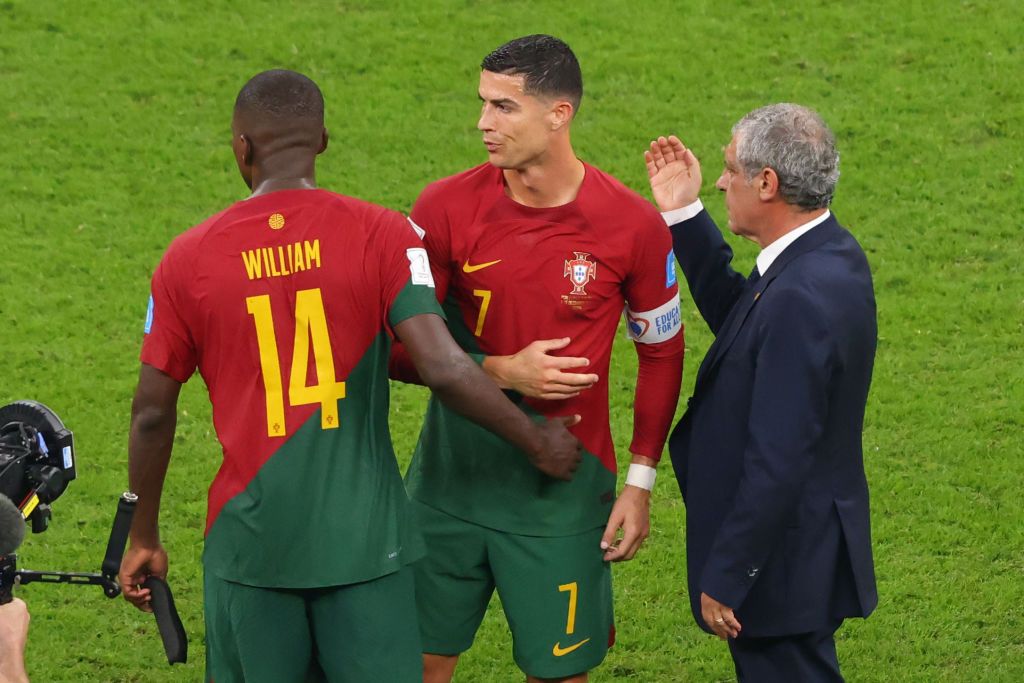 It would be “very difficult” for PSG to sign Cristiano Ronaldo on a free transfer, according to the French club’s owner Nasser Al-Khelaifi.

Ronaldo’s Manchester United contract was terminated last month in the wake of an interview with Piers Morgan where he criticised the club and manager Erik ten Hag.

PSG have long been linked with the Portugal captain, but Al-Khelaifi has ruled out a move.

“(With) the three players that we have [Lionel Messi, Neymar and Kylian Mbappe], it’s very difficult, but I wish him all the best,” Al-Khelaifi told Sky News. (opens in new tab)

Ronaldo is currently with Portugal at World Cup 2022 (opens in new tab), where he was on the bench for Tuesday’s 6-1 win over Switzerland in the last 16.

Recent reports said that the 37-year-old received a lucrative offer from Saudi Arabian side Al-Nassir.  (opens in new tab)

However, Ronaldo said after the game against the Swiss (opens in new tab) that speculation a deal is done is “not true”.

Portugal put in a scintillating performance in his absence, smashing their opponents 6-1, with Ronaldo stand-in Goncalo Ramos scoring a hat-trick.