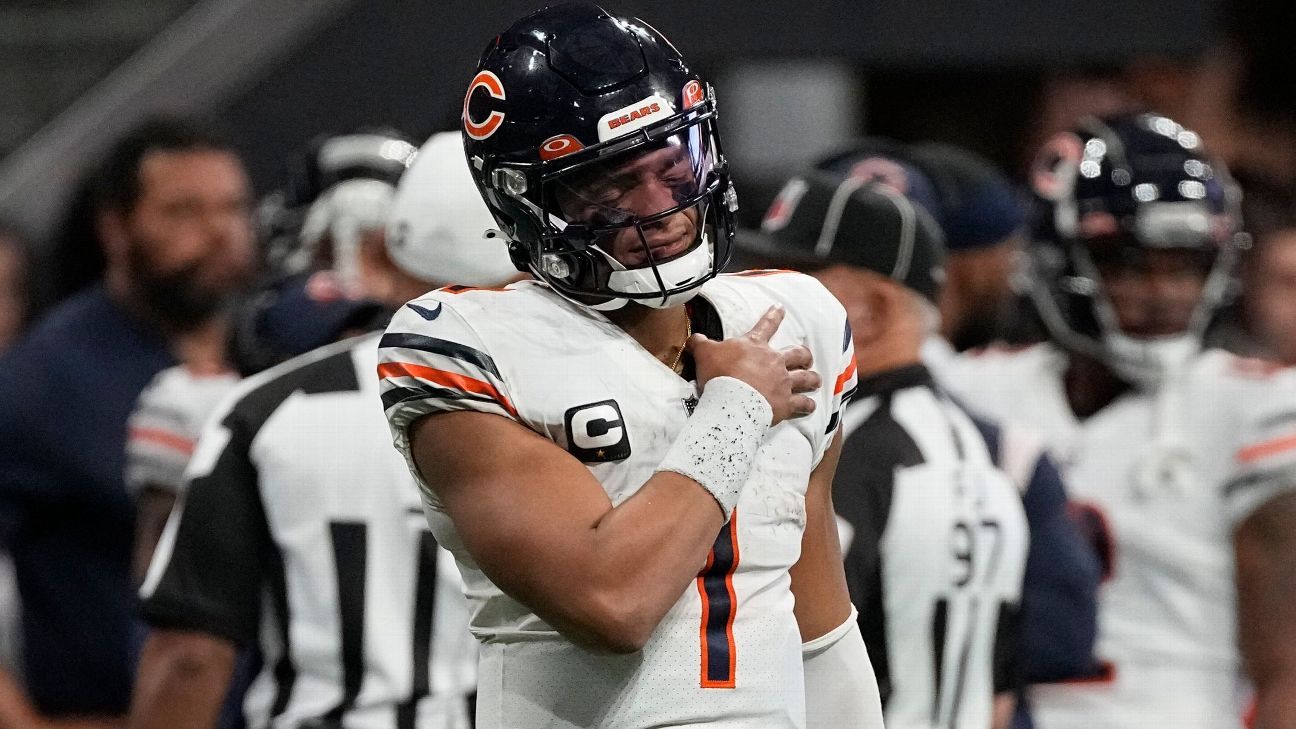 Chicago Bears quarterback Justin Fields, who is dealing with a separated left shoulder with partially torn ligaments, is not expected to play Sunday at the New York Jets, a source told ESPN’s Adam Schefter.

The Bears are expected to start Trevor Siemian at quarterback, and the team also promoted Nathan Peterman from the practice squad Saturday to serve as the backup at that position.

Fields, who is listed as questionable for the Jets games, said it’s “basically an AC joint” injury after he landed out of bounds on his left, non-throwing shoulder upon being tackled on the Bears’ final drive in a loss to the Atlanta Falcons in Week 11.

Fields was limited in practice Thursday and Friday. Chicago enters this week 3-8 and on a four-game losing streak.