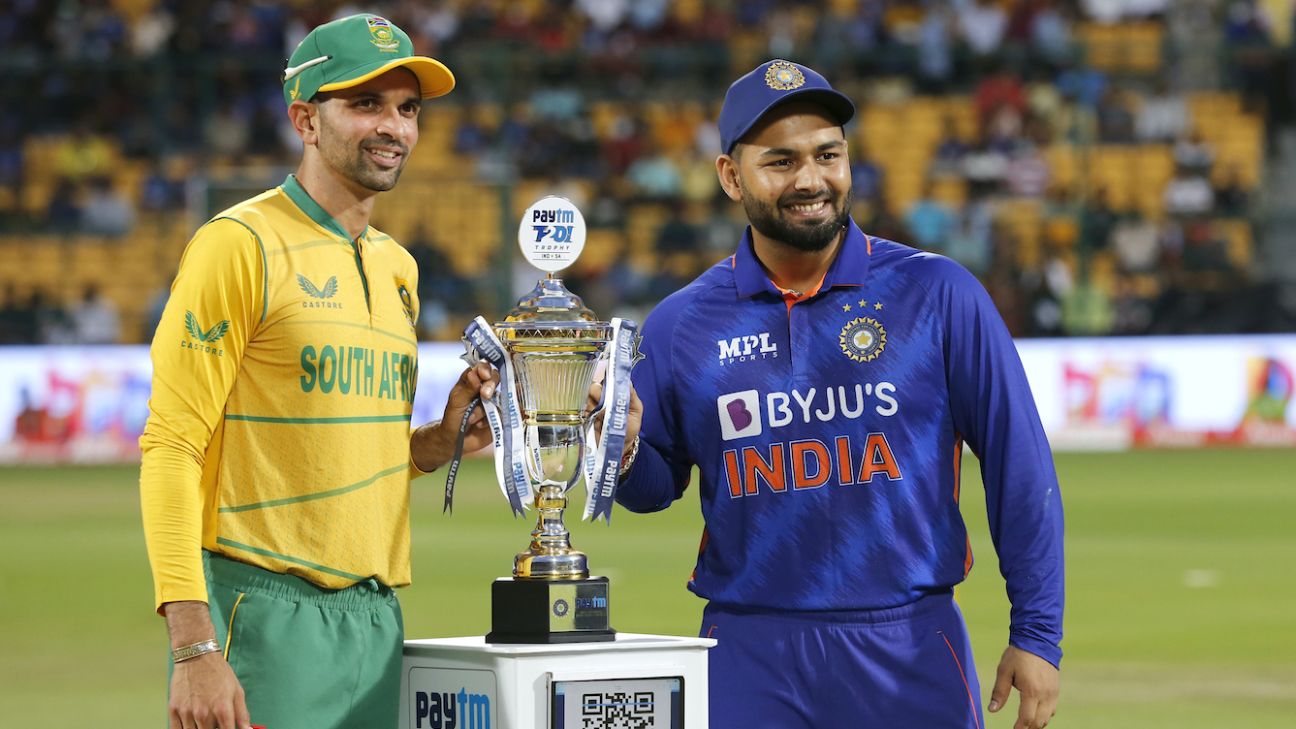 South Africa made a change in captain but not a change in strategy as Keshav Maharaj called correctly and opted to chase, for the fifth match in succession, following the approach used by Temba Bavuma. South Africa’s white-ball captain was forced out of the finale after injuring his left elbow in the fourth match on Friday. Word from the South African camp is that he is responding well to treatment, but not well enough to play in this match.

Bavuma’s absence meant another opportunity for Reeza Hendricks to open the batting alongside Quinton de Kock, and was one of three changes to the team that lost in Rajkot. Kagiso Rabada, who sat out on Friday with a niggle, returned to the attack while Lungi Ngidi kept his spot, displacing Tabraiz Shamsi. Tristan Stubbs, who debuted in Delhi and did not bat, returned to the XI in place of Marco Jansen. That meant South Africa were playing an extra batter and reduced their bowling options to four seamers and one specialist spinner, even though the pitch looked like it could have some assistance for spinners.

India have stuck to the same team throughout the series and after pulling off two consecutive wins, they made no changes to their XI, which meant Umran Malik will not debut in this series. If India win this match, they will be the first team to achieve a T20I series victory after going 2-0 down in a five-match series.

After a wet build-up to the decider, conditions in Bengaluru were fit for play but rain was forecast in patches throughout the evening.