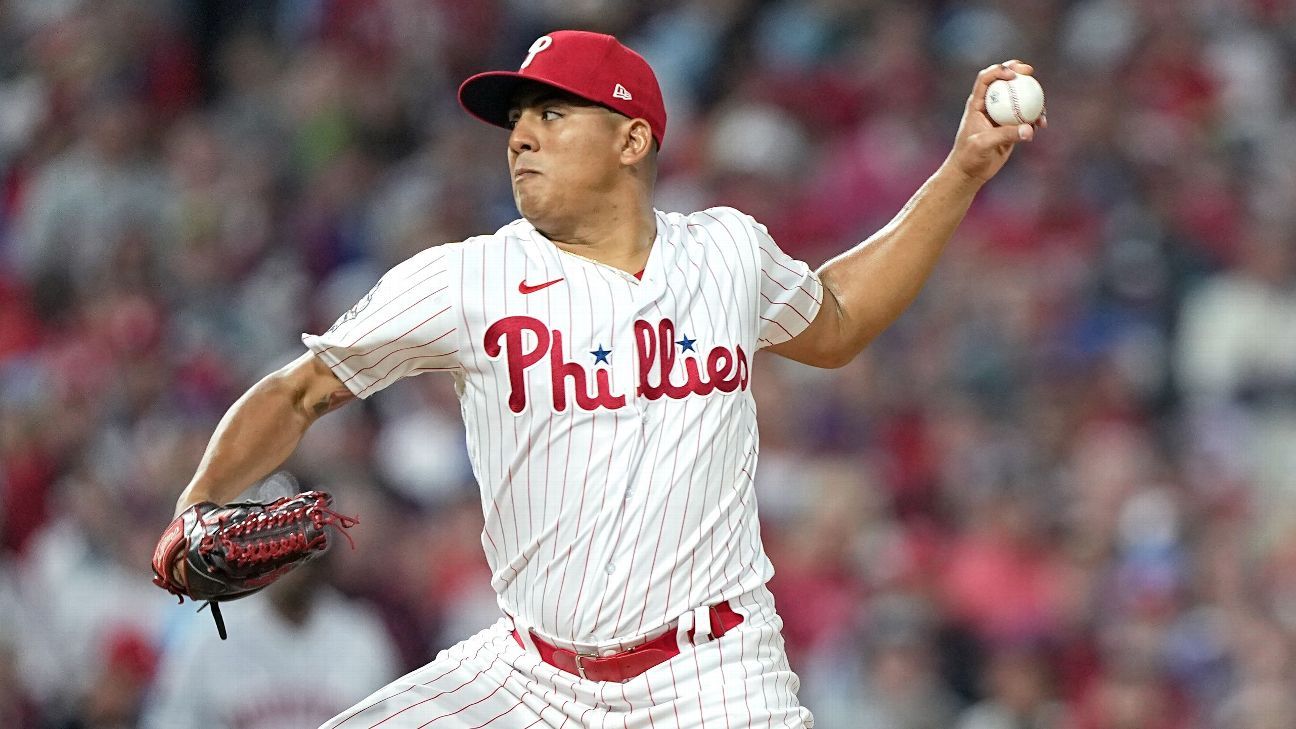 HOUSTON — Philadelphia Phillies manager Rob Thomson said he plans to have Ranger Suarez available out of the bullpen in relief of Zack Wheeler in Saturday’s Game 6, a must-win game given the Houston Astros‘ 3-2 advantage in this World Series.

Wheeler experienced a slight dip in fastball velocity during his Game 2 start, going from around 97 mph in four prior postseason starts to about 95, and ultimately gave up five runs (four earned) in five innings.

The Phillies later said Wheeler was experiencing arm fatigue, prompting the Phillies to push him back to Game 6 to give him two additional days of rest.

Suarez is lined up on the typical four days rest to start a potential Game 7 on Sunday, but Aaron Nola will get that start in what will evolve into something of a bullpen game, given that Nola will be on short rest, Thomson said.

The Phillies effectively used Suarez as a reliever in their Game 1 victory, bringing him into the seventh inning and watching him strike out Yordan Alvarez. His Game 6 usage will probably be more prolonged, given the concerns around Wheeler’s durability.

The Astros have a much clearer picture with a recently dominant Framber Valdez lined up on six days’ rest for Game 6 — but they’re uncertain about first base.

Yuli Gurriel awkwardly turned his right knee after slipping during a rundown in Thursday’s seventh inning and came out of the game. Astros manager Dusty Baker didn’t have an update on Gurriel’s condition during his availability early Friday, but Gurriel said after Thursday’s game that he was hopeful of playing on Saturday — at least as the designated hitter.

“I hope so,” Gurriel, speaking in Spanish, said late Thursday night. “I still feel a little sore, and I think I’ll be even more sore [on Friday]. But I’m hopeful that on Saturday I can be in the lineup.”