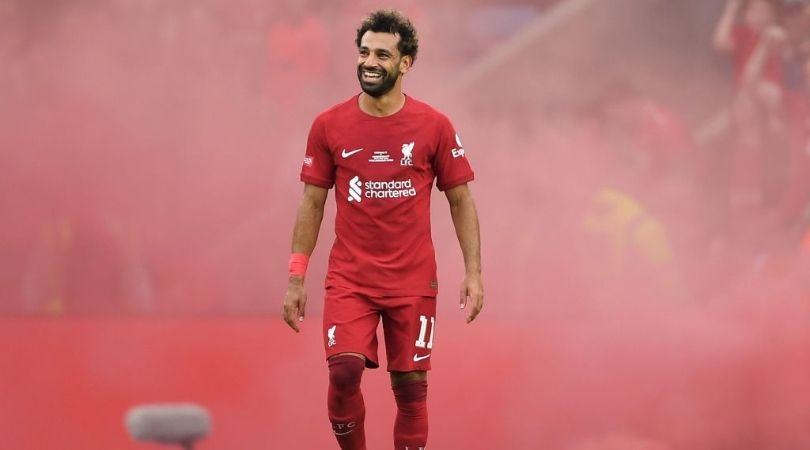 Meanwhile, all 20 had Manchester United to finish in the top four.

Of course, United finished sixth and Liverpool thrived as underdogs, going to within a point of Manchester City – who claimed their fourth title in five years.

So what can we expect from Liverpool this season? Almost everyone has them predicted as finishing second, behind Manchester City again – including FourFourTwo‘s 2022/23 predicted Premier League table. But Jurgen Klopp’s side have reasons to believe they can upset the odds once again.

Here are five alternative predictions for Liverpool’s season ahead:

1. Mohamed Salah to move ahead of Steven Gerrard in Liverpool’s top goalscorer list

A refreshed and focussed Mo Salah is bad news for Premier League defences this season, but it’s also bad news for those just ahead of him in the Reds’ top goalscorer of all-time list.

Currently, Salah is ninth on 157 goals. He’ll hit at least 20 this season (all competitions) which will take him to seventh, ahead of Sir Kenny Dalglish.

Twenty-seven goals would see him move ahead of Robbie Fowler, and 30 goals would take him ahead of Steven Gerrard – and move into fifth position on the all-time list.

Salah’s form dipped after the Africa Cup of Nations last January, but he’s finally had a full break this summer. That and signing his new contract means he looks fresh and fit to take on the new campaign at full throttle, especially as he’ll have a six-week break in winter…

Which brings us to the next point. Liverpool have sometimes struggled in the winter under Klopp, having some bad runs of form in January in particular, so the Winter World Cup should actually benefit the Reds.

The players not going to the World Cup will include Salah, Luis Diaz, Andy Robertson and Joel Matip, which can only benefit Liverpool in the busy run-in thereafter. Naby Keita, James Milner, Kostas Tsimikas, Harvey Elliott, Curtis Jones, Fabio Carvalho, Roberto Firmino and Joe Gomez are all either certainly not to be or unlikely to be in Qatar.

The players will get a fortnight break and then a warm weather training camp instead. Klopp will enjoy that time on the training ground.

Last season saw Liverpool play in every single game possible, doing so for the first time since the 2000/01 treble cup campaign. But we shouldn’t expect the same this season.

Mind, if you take it that Luis Diaz has replaced Sadio Mane, then Darwin Nunez has replaced Divock Origi, and Fabio Carvalho replaces Minamino. Then the squad depth isn’t exactly weaker.

4. Trent and Robertson to enter Premier League top three for defenders with assists

According to the Premier League, the defender with the most assists in the competition is Ashley Young – a player who has made over 200 career appearances as a midfielder or winger.

Next in their list is Leighton Baines, the former Everton left-back, with 53 assists. Then there’s Andy Robertson (49 PL assists), another midfielder-turned-defender in Antonio Valencia (46), and Trent Alexander-Arnold (45) rounding out the top five.

It will need another season or two to beat Young’s record and finally consign the Premier League’s arbitrary record to history. But it will be intriguing if anyone catches either Alexander-Arnold or Robertson once they occupy first and second in the not-distant future.

Trent had 19 assists last season in all competitions, 12 in the Premier League, both he and Robertson could profit further from having a more traditional No.9 in Nunez up front.

Believe it or not, James Milner’s last goal for Liverpool was in December 2019, with two barren seasons since then. However, a new contract means he has the opportunity to set two records in his eighth season at Anfield.

The veteran midfielder turns 37 years old on January 4th, meaning that should he play for Liverpool on the final day of the season – against Southampton on May 28th, he would become the Reds’ oldest player in Premier League history, narrowly edging out Gary McAllister.

Any goal before then would see him at least second, ahead of Sami Hyypia and Steven Gerrard.