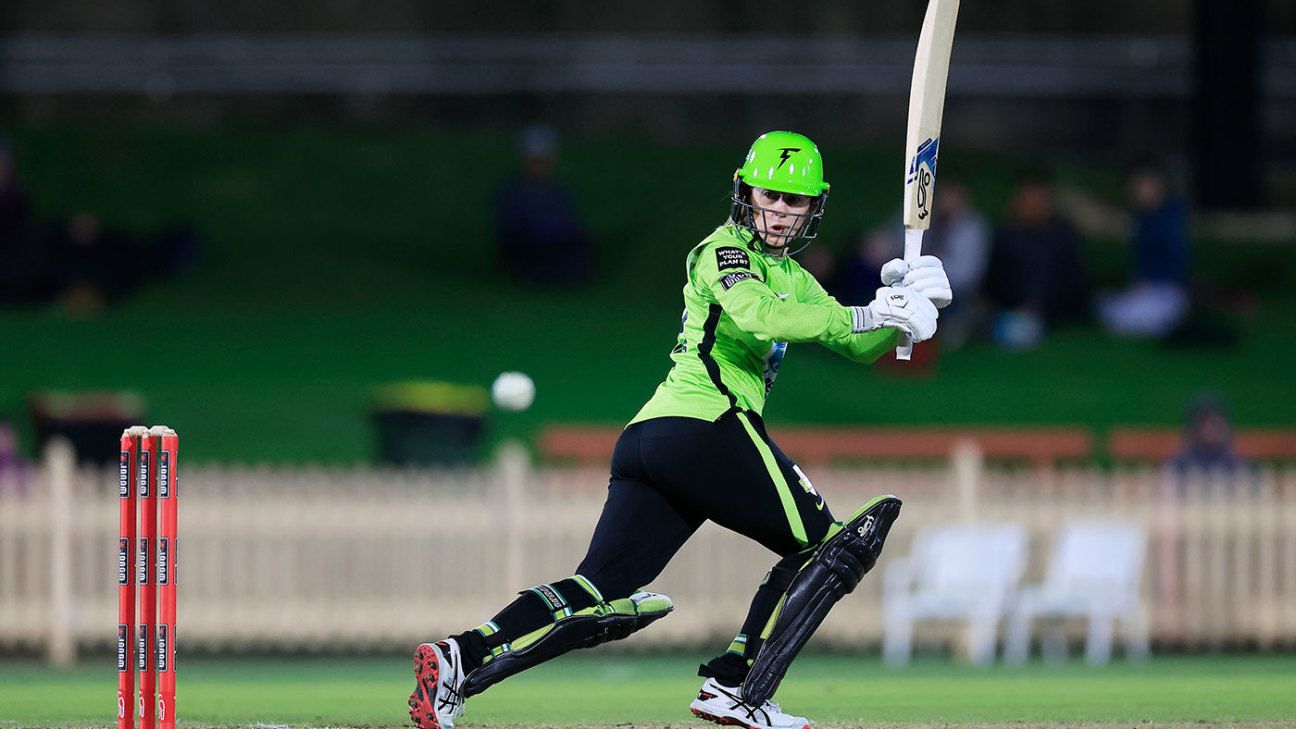 The retiring Rachael Haynes expects the next generation of women’s cricketers will bowl faster, have more T20 specialists and face greater challenges around workload than any era before.

Some 17 years after her domestic debut for Victoria, Haynes will play her final two matches for the Sydney Thunder on Friday night and Sunday at North Sydney Oval.

In doing so, she will bring to an end the second-longest career in men’s or women’s cricket in Australia, with only Sydney Sixers veteran Nicole Bolton playing longer.

Haynes’ retirement in many ways signals the end of an era. When she debuted for Victoria there were no contracts and the sport was still in the amateur era before its current status of full professionalism. The 35-year-old has also seen the game evolve, pointing to the introduction of the WBBL in 2015-16 as the biggest step on the field.

“That was a point when on-field things really changed and we had this rapid change and evolution of people’s games,” Haynes said. “And their style and execution of things.

“If you had of said to me as an 18-year-old, in 15 years time this is how the game will look, I wouldn’t have believed you.”

But as for what’s ahead?

“This next generation will have a different challenge around playing commitments,” she said. “The volume of cricket which is something we have pushed for for so long, there are lots of different opportunities.

“It is really exciting for the game but perhaps people becoming more focused on different formats. We’ve already seen in terms of pace bowling just how many layers there are to that.

“I know Cricket NSW have a project they are looking to partner with UNSW around how to crack that 130km/h mark. People are already thinking about that on how we can have a point of difference about how we can help players improve more.”

More immediately, Haynes said her own impending retirement had hit her properly for the first time this week.

She has been sent photos of her debuts by her mother, but has no second thoughts on her decision to walk away from cricket after this weekend.

After 167 games for Australia, 3818 runs, five World Cup wins and a Commonwealth Games gold, she wants to remain in the sport in some form but is undecided if it will be in coaching or administration.

“There is definitely an element of sadness, but I know I am ready for a new challenge and it is the right time,” Haynes said. “I’ve got no doubt I’ll be a little emotional after the game on Sunday and probably during it too.”