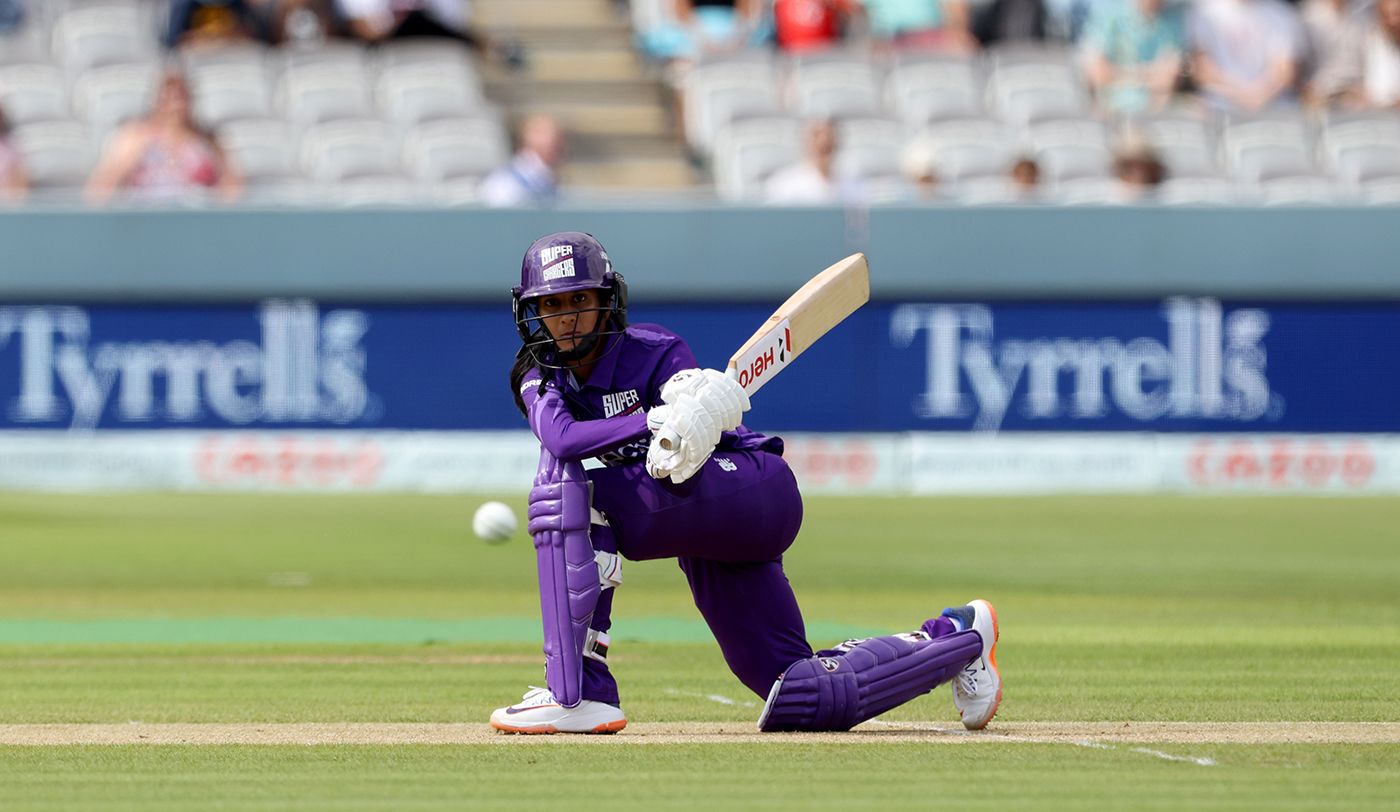 Sri Lanka have never beaten India in a T20I at home. They last won a T20I against them in 2014, which was just one of their three wins in 19 encounters against India in the format. India ensured this record stayed intact by beating the hosts by 34 runs in the first of the three-match series in Dambulla.
Jemimah Rodrigues at No. 5 made a crucial 36* first to help India get to 138 for 6, before the spinners applied the brakes on the Sri Lankan batters.

India didn’t get the desired start after opting to bat. On a slowish surface, Sri Lanka pressed their slow bowlers into action early on, stifling Smriti Mandhana. The left-hander then tried to break the shackles against offspinner Oshadi Ranasinghe, only to miscue one straight to mid-on. On the next ball, Ranasinghe dismissed Sabbhineni Meghana for a first-ball duck to jolt the tourists early.

But Shafali Vermaand captain Harmanpreet Kaurmotored along and prevented the hosts from making inroads. Harmanpreet put the sweep to good effect to transfer the pressure back to Sri Lanka while Shafali was happy to use her feet to milk singles as well as score boundaries.

Shafali was dismissed by Chamari Athapaththu on her second ball, holing out to long-on for a run-a-ball 31. Soon left-arm spinner Inoka Ranaweera got into the act to stifle the middle order. She first trapped Harmanpreet in front for 22 before dismissing Richa Ghosh and the dangerous Pooja Vastrakar in successive overs.

India were 106 for 6 after 17 overs with Deepti Sharma joining Rodrigues, who had managed to get a good measure of the surface. Along with Deepti, who played an impressive eight-ball cameo of 17 after walking in at No. 8, Rodrigues helped India add 32 off the last three overs, including taking 20 off the final over delivered by offspinner Kavisha Dilhari.

The 139-run chase from Sri Lanka had a familiar look to it with Athapaththu scoring 15 of the 25 they scored in the powerplay. But Radha Yadav, playing her first T20I since the tour to England last year, dismissed Athapaththu and Harshitha Madavi in the same over to kill off the chase.

Dilhari finished unbeaten on 46 after walking in at No. 4 but couldn’t receive enough support from the other end. India used 12 overs of spin, including that of Shafali’s offspin – where she had Ama Kanchana stumped for her maiden international wicket – to keep the home side in check and start off their tour with a win.