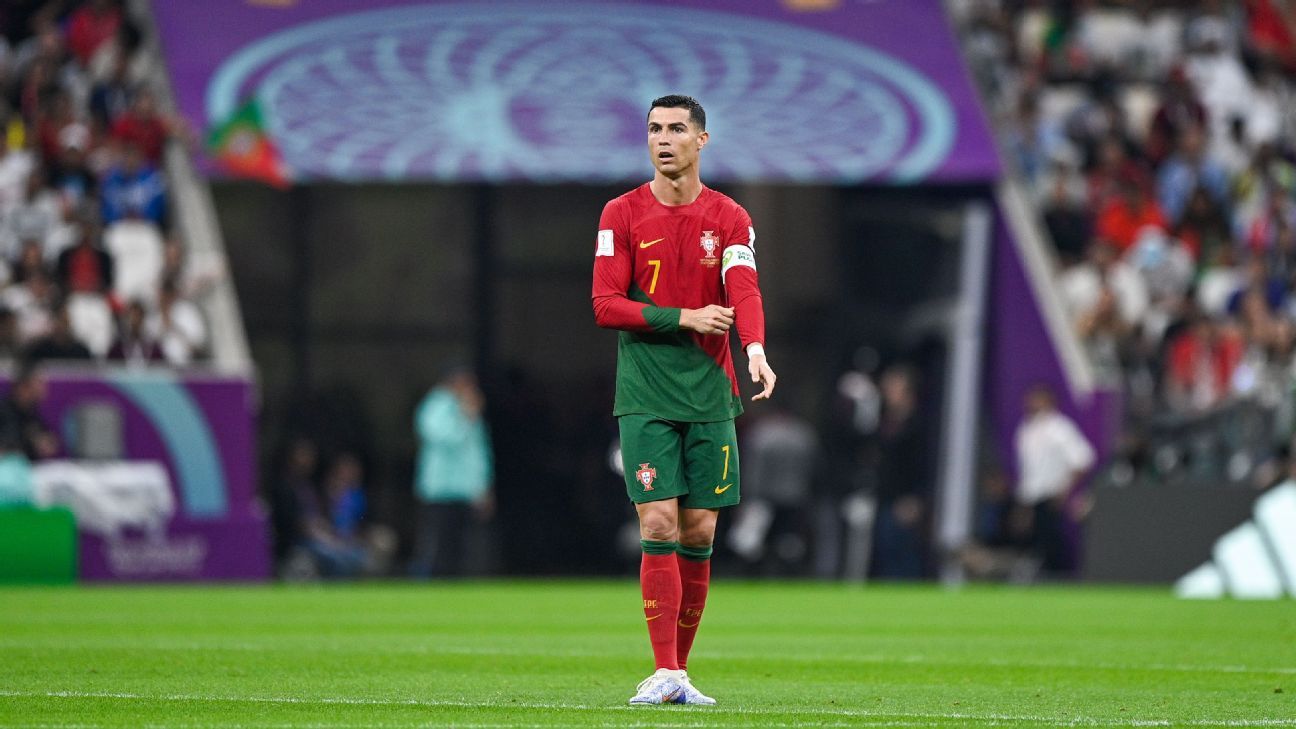 Cristiano Ronaldo has not made a decision regarding the lucrative offer he has from Saudi Arabian club Al-Nassr, sources have told ESPN.

The Portugal captain is a free agent after he mutually agreed to terminate his contract with Manchester United in November.

Reports in Spain claimed on Monday that Ronaldo will play for Al-Nassr from Jan. 1, having agreed a two-and-a-half-year contract with the Saudi outfit — a deal reportedly worth €200 million per season.

However, sources have told ESPN that a deal between the two parties has not been agreed.

While Al-Nassr is the best and only offer Ronaldo has on the table, he has not signed anything with any club.

The former Real Madrid forward is fully focused on the World Cup in Qatar and will make a decision regarding his future after the tournament.

Al-Nassr had tried to lure Ronaldo in the previous transfer window, offering United a fee worth €30m and €275m to the player.

However, Ronaldo, who had requested to leave United in the summer to play Champions League football, did not consider Al-Nassr’s offer at the time because of his desire to continue playing in a competitive league.

There was interest in the summer from Bayern Munich and Atletico Madrid but no offers arrived, and he remained at Old Trafford.

Ronaldo, 37, went into the World Cup with an uncertain future and under scrutiny following his controversial interview in which he criticised United, the club’s owners and coach Erik ten Hag.

– What it’s like for Ronaldo, free agents to feel at World Cup
– World Cup 2022: News and features | Schedule | Squads

United later announced they had parted company with the player, with Ronaldo saying in a statement it was “the right time to seek a new challenge.”

Ronaldo, who returned to United in August 2021, had played for the club between 2003 and 2009, winning three Premier League titles, the Champions League, the FA Cup and two League Cups.

At the World Cup in Qatar, Ronaldo has started in all three of Portugal’s Group H games.

He became the first male player to score in five World Cups in Portugal’s opening game against Ghana. It is his only goal so far in the competition.

Ronaldo has been frustrated at the World Cup, which was evident when he was replaced in the 65th minute of Portugal’s 2-1 defeat to South Korea on Friday.

Portugal coach Fernando Santos hit out at Ronaldo’s reaction and hinted that he might not play his captain in Tuesday’s round-of-16 clash against Switzerland.