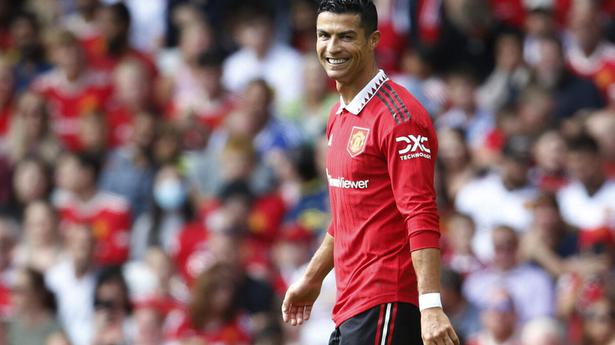 Amidst a sea of uncertainty regarding his future, Cristiano Ronaldo played his first match of the season after starting against Spanish club Rayo Vallecano in United’s last pre-season match at Olf Trafford which ended in a 1-1 draw.

He was substituted for Amad Diallo in the second half.

Ronaldo has carved his status as a Manchester United legend courtesy of his many exploits with the club. This made his exit request all the more shocking to his fans as reports emerged that he wants United to sell him to a club with Champions League football. United, itself failed to qualify for the Champions League after finishing sixth last season.

Ronaldo is a proven goalscorer and maintains excellent fitness even at the age of 37. Finding a club should have been a cakewalk but rejection from Europe’s wealthy elite as Chelsea, Bayern Munich, Barcelona and Paris Saint-Germain has made things tricky for the Portuguese.

German champion Bayern Munich CEO Oliver Kahn, when asked about a possible Ronaldo move said, “As highly as I rate Cristiano Ronaldo as one of the greatest, a transfer wouldn’t be a fit with our philosophy.”

Chelsea manager Thomas Tuchel said, “We focused on our top target Raheem Sterling who we signed and everything else stays behind closed doors,” when asked about his club pursuing Ronaldo. The London club ultimately made it clear that it was not interested in the Portuguese.

Ronaldo’s agent Jorge Mended even tried for a move to Atletico Madrid, the arch-rival of Real Madrid, where Ronaldo created his legacy as one of the greatest to ever grace the sport.

Man United manager Erik Ten Hag has repeatedly said that Ronaldo is not for sale but when it comes to football transfers, it is seldom black and white. There is still a considerable amount of time left for the window to close and anything could transpire within that time period.

Ronaldo needs to make a choice- to respect his contract and try and win silverware with United this season, maintaining his status as a United legend. Or try and force a move out of the club to play the Champions League and risk tarnishing his legacy at the club where the world came to know the phenomenon known as Cristiano Ronaldo.