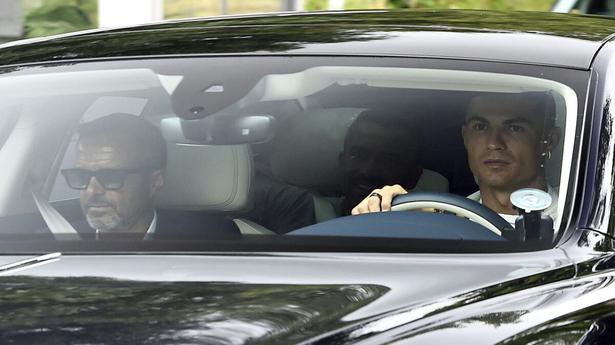 Cristiano Ronaldo arrived at Manchester United’s training ground with his agent on Tuesday with the Portugal great’s future at the English club up in the air.

Ronaldo has yet to start pre-season training with United — he missed the team’s tour of Thailand and Australia — and is set to hold talks with recently hired manager Erik ten Hag.

Ronaldo’s agent, Jorge Mendes, was pictured in the car driven by Ronaldo entering United’s training base.

The 37-year-old Ronaldo reportedly wants to play for another team after only one year back at Old Trafford, with United not in the Champions League this season or in shape to compete with the best teams in England.

United has said Ronaldo has not returned to training yet because of “personal reasons.” Ten Hag has repeatedly said he is counting on Ronaldo being part of the squad this season.