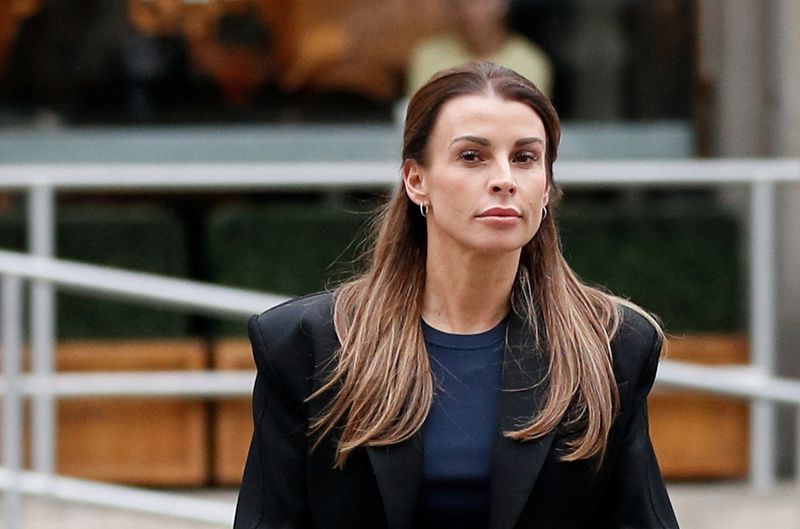 LONDON (Reuters) – Coleen Rooney, the wife of former England soccer captain Wayne, was right in her accusation that Rebekah Vardy, the spouse of one of his ex-teamates, had leaked stories to the media about her, London’s High Court ruled on Friday.

The judge, Justice Karen Steyn, said in her ruling that Rooney had successfully proved her allegation was “substantially true”.

She said the court had concluded that Vardy knew and condoned details being leaked to the Sun by her agent Caroline Watt.