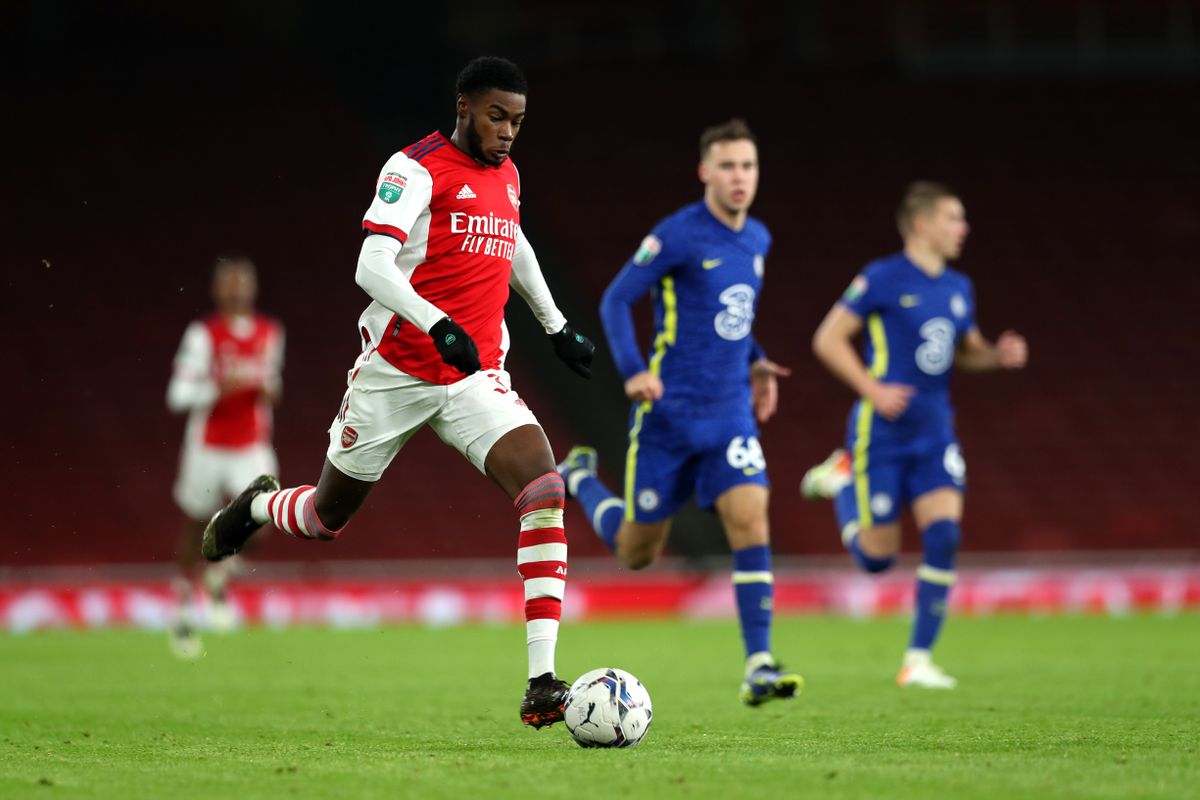 Ryan Alebiosu hopes his loan move from Arsenal to Kilmarnock marks the final step of his journey to first-team football with the Gunners.

The 20-year-old right-sided defender from London joined the Rugby Park club for the 2022-23 season and impressed Killie fans and boss Derek McInnes in the 45 minutes he played in the 4-1 Premier Sports Cup win over Stenhousemuir last Saturday.

Alebiosu had a loan spell at Crewe last season and believes the top flight in Scotland is now a proven testing ground for players to go on to bigger things.

Ahead of the cinch Premiership opener against Dundee United at Rugby Park on Saturday, he said: “I feel like this could really do a lot for me.

“If I have a really good season it could take me to the next level.

“It is something I have spoken to the manager about, to my agent. This could take me to the next stage so it is a very important season for me. Every game, every session is very important.

“I have seen a lot of people come into the Scottish league and seen where they have gone after they have done well.

“Calvin Bassey from Rangers (to Ajax), a player from Arsenal, Harry Clarke, (loan spells at Ross County and Hibernian, now on loan at Stoke), players like that and I want to do the same.

“I thought it was a good opportunity for me to come into this league and show what I am about and make the next stage as well.

“The Scottish league is obviously developing. It probably gives me a better opportunity than if I was in League One or League Two, playing against clubs like Rangers and Celtic can take it to the next level.

“Those are the games that I am looking forward to showing what I am really about, I can’t wait for those games.”

Alebiosu told Killie fans what type of player they can look forward to seeing this season.

He said: “I am fast, quick, a combination player and I feel like I am very good defensively as well.

“I like watching players like Kyle Walker, Trent Alexander-Arnold, that’s what I try to base my game on.

“I like Kieran Tierney as well, I watch him a lot as well, defensively he is very good.

“I try to base myself around those types of players.

“The manager has told me to express myself and show everyone what I can do. I can’t wait to get started.

“We have good players with good characteristics so I believe we can do a lot this season.”