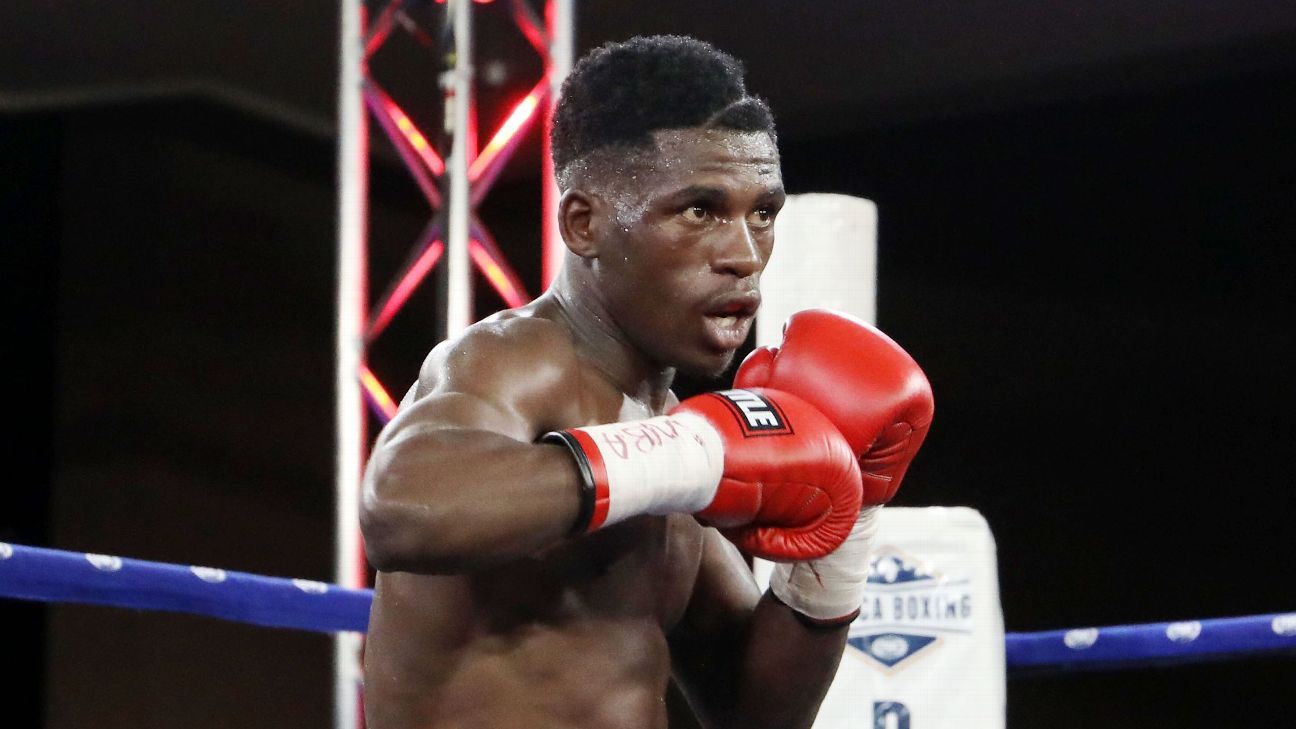 Sabelo Ngebinyana will take on crowd favourite Mzuvukile Magwaca in a junior lightweight bout at ESPN Africa Boxing on July 28, looking to bounce back after his IBF title was taken off his hands.

Ngebinyana has had a disappointing year to date, after he had to relinquish his IBF international bantamweight title — despite beating British boxer Ashley Sexton in London in April – due to being overweight for that fight.

Ngebiyana explained that he initially thought the fight with Sexton was off due to a disagreement with promoters over flight payments the night before the bout, only for a last-minute deal to be struck. By this time, he had already put weight back on.

“They said we could pull out and we were like, ‘Yeah, sure. It’s fine. We’re pulling out.’ When you’re a boxer, you have to make sure you don’t go over a certain weight limit, so I was feeling like I need to eat now, because there’s no fight. I ate that night.

“Around 9pm, they [the promoters] said, ‘Ok, ok. You can come. We agree on these terms.’ I had already picked up some weight. That’s what happened, and then we had to go and do our things in a rush.”

Despite beating Sexton by technical knockout in the fifth round, he insists his best is yet to come, adding: “There’s still a lot of politics when it comes to boxing in South Africa.

Ngebinyana will have a tough time restoring his reputation though, as ‘Old Bones’ Magwaca is a formidable opponent despite being out of the ring for years.

Magwaca, who was shot four years ago and only made his professional comeback in April (also at Africa Boxing, where he beat Sanele Maduna with a second-round knockout), is undefeated in 20 fights.

While Ngebinyana is proud of his fellow South African’s famous comeback, he’s promised to hand him his first L.

Ngebinyana said: “This guy I’m going to fight? I don’t want to lie. Mzuvukile – for me – is just to keep myself active. I don’t care, he can be magic bones, flash bones. I will break those bones; I will burn him.

Despite the fighting talk, Ngebiyana added of his fellow Eastern Cape-born boxer: “I’m sorry for him [that he endured the shooting], but it’s good for him to be in this fight again.”

Ngebiyana was born in Komani [then known as Queenstown], before later moving to Cape Town in 2008 and then Johannesburg eight years later, where he still resides and trains under Bruno Pereira.

Pereira, who was not actually a coach at the time of meeting Ngebinyana, told ESPN: “I met Sabelo [three to four years ago] when we were both working for [a] gym called Fight Club.

“I wanted to work with him because I could see his previous coaches weren’t getting the best out of him. The best is still to come. [On] July 28, it will come out.”

Ngebiyana credited ESPN Africa Boxing for giving him an opportunity to take his career to another level, having previously found that it was difficult for him to keep as active as he would have liked.

He said: “Big ups to ESPN Africa Boxing promotions. It’s a big thing for South Africa. We’ve been given a good platform for the boxers to be able to get those fights. It has played a big role in getting me to keep myself active.”

ESPN Africa Boxing will air on ESPN (DStv 218) and on SABC on July 28, as well as in Latin America.