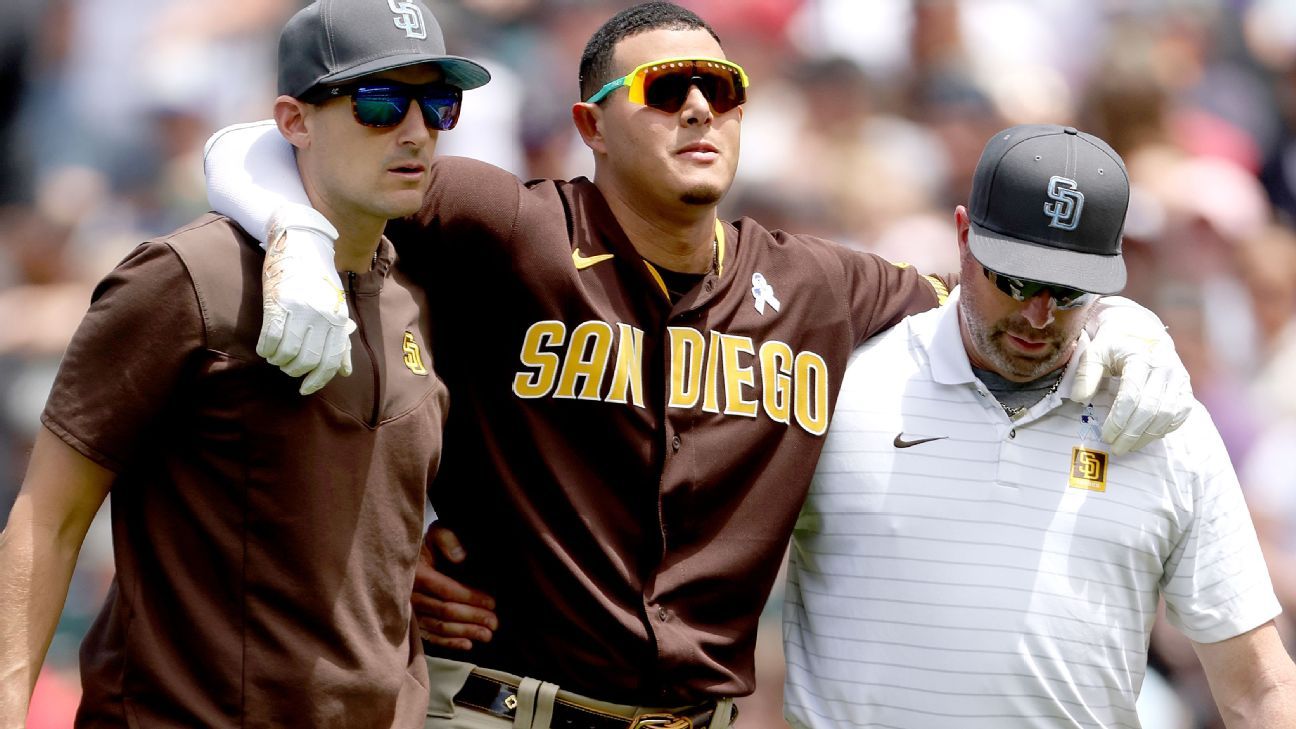 DENVER — San Diego Padres star third baseman Manny Machado has left Sunday’s game against the Colorado Rockies after injuring his left leg while taking a tumble at first base trying to beat out an infield grounder.

Machado’s leg appeared to turn awkwardly while he was running to first base in the top of the first inning. He struggled to put weight on the ankle as he was helped off the field.

Machado, in the midst of a stellar season, stretched his left leg toward the base trying to beat the throw from pitcher Antonio Senzatela in the first inning. Machado’s cleat appeared to slip across the top of the bag and he fell to the ground, his left leg buckling beneath him.

There was no immediate word from the team on Machado’s injury. The All-Star third baseman clearly was in pain, grimacing and clasping his hands around his lower left leg. Machado was out on the play, the throw beating him by a half-step.

Sergio Alcantara replaced Machado at third base when the Padres took the field in the bottom of the first inning at Coors Field.

As the Padres battle the Los Angeles Dodgers for first place in the National League West, Machado, 29, has been a force at plate, leading San Diego in most offensive categories, and has helped to make up for the absence of injured shortstop Fernando Tatis Jr.