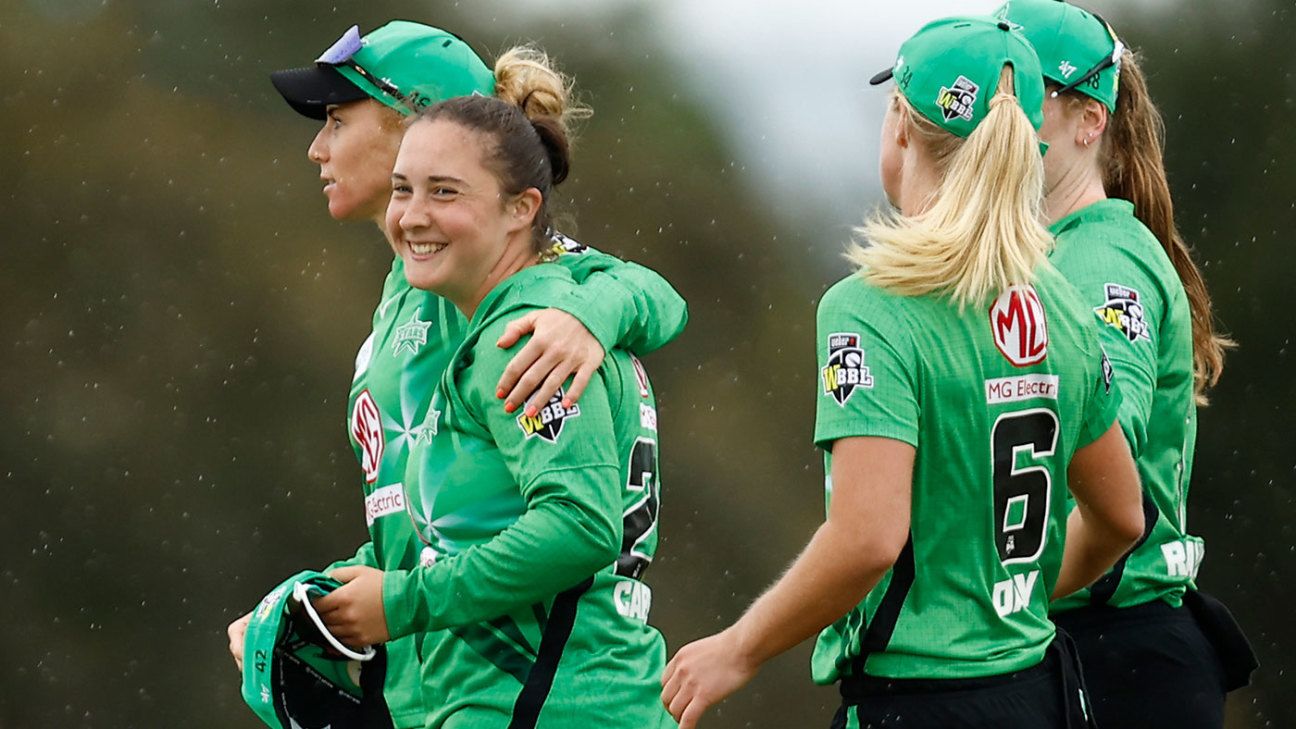 Perth Scorchers’ WBBL finals hopes are on the rocks after a six-run loss to Melbourne Stars.

Scorchers remain in fifth position on 13 competition points, two points outside the top four and their loss guarantees second-placed Brisbane Heat of a finals berth.

Sydney Sixers are on top of the ladder with 21 points and will host the WBBL decider on November 26.

The Heat are second on 16, followed by Hurricanes and Strikers on 15. Hurricanes have a net run rate of 0.54 while the Strikers are just behind on 0.31.

The result does not end Scorchers’ chances of playing finals but they must now beat Melbourne Renegades in Moe on Sunday and hope either Hurricanes lose to the Sixers or Strikers get beaten by Sydney Thunder. Heat will secure second position if they beat Stars in Moe.

Stars were 0for 44 after four overs against Scorchers, the most runs scored in the powerplay this WBBL season.

Openers Lauren Winfield-Hill (36 off 25 balls) and Sophie Reid (24 off 13) ignited the start of the innings before a cameo at the end by Sasha Moloney (28* off 16).
Scorchers took 3 for 14 in the power surge, the best in the WBBL this season, to limit the damage to some extent with Amy Edgar in form.

In reply Scorchers lost the competition’s leading run-scorer Beth Mooney early. Rain started falling in the run chase with both teams keeping an eye on the DLS required rate.

Marizanne Kapp (23 off 12) and Alana King (26 off nine) threatened to win it for the Scorchers but they fell just short.