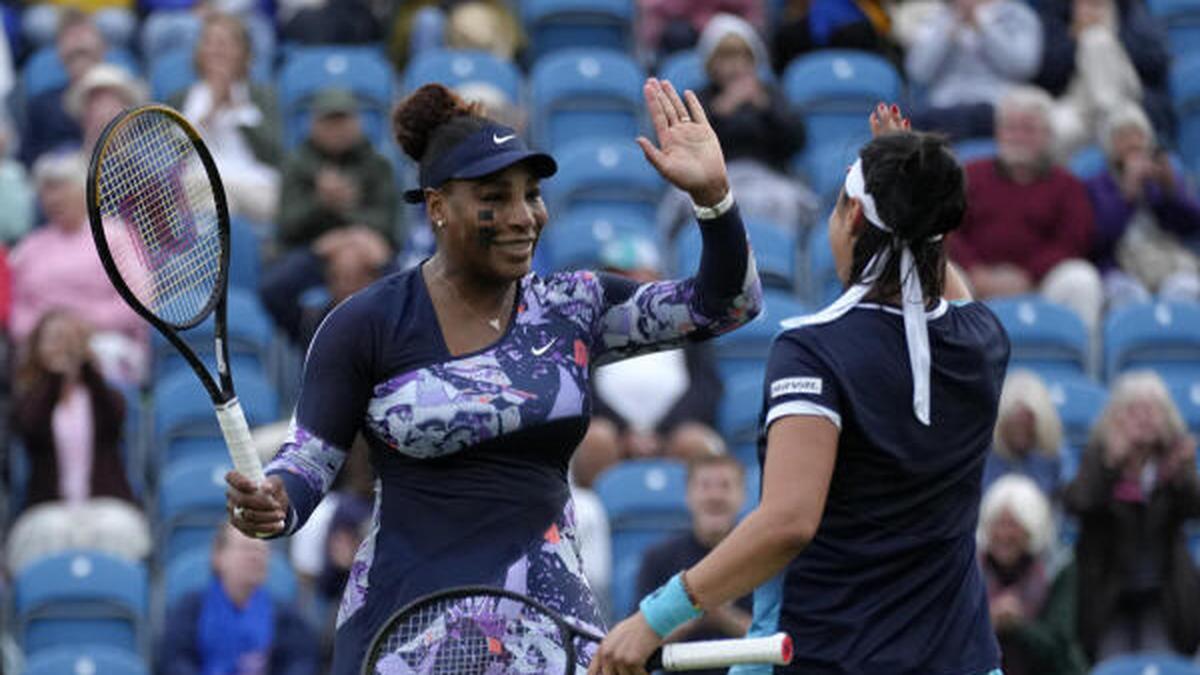 Serena Williams made a winning return to action at the Eastbourne International on Tuesday as she and partner Ons Jabeur came from a set down to beat Sara Sorribes Tormo and Marie Bouzkova 2-6, 6-3, 13-11 in the women’s doubles.

The former world number one had not played competitive tennis since limping out of last year’s first-round match at Wimbledon — where she has won seven of her 23 Grand Slam singles titles — in tears due to a leg injury.

Back on court and on the grass again, Williams stepped up preparations for Wimbledon, where the main draw starts next Monday, having been granted a wildcard to enter, alongside Tunisian Jabeur in the opening round at Eastbourne.

Looking rusty with some loose early shots, 40-year-old Williams, who has slipped to 1204th in the singles rankings, saw her serve broken in the fourth game and there was no way back as Spaniard Sorribes Tormo and her Czech partner took the opening set.


Williams, who was sporting black tape on her face to help with a sinus problem, had no answer as Sorribes and Bouzkova made three successive breaks at the start of the second to help put them in a commanding position.

However, a ferocious volley from Williams helped her and Jabeur hold serve to make it 4-3, before the American showed further signs she was starting to find her rhythm with a booming forehand down the line to break their opponents’ serve.

Williams served out the next game to take the match to a final set tiebreak, which swung this way and that, with both pairings having match points before Sorribes Tormo missed a volley at the net to gift her opponents victory.

“It was so fun to play with Ons,” Williams said. “We had fun.

“I caught some fire behind me! I needed that. It was good. We’re just taking it one day at a time.”

Earlier at Eastbourne, British number four Katie Boulter stormed to one of the biggest wins of her career with a 1-6, 6-4, 6-4 win over 2021 Wimbledon runner-up Karolina Pliskova, while Jodie Burrage completed a day to remember for Britain by beating world number four Paula Badosa 6-4, 6-3.