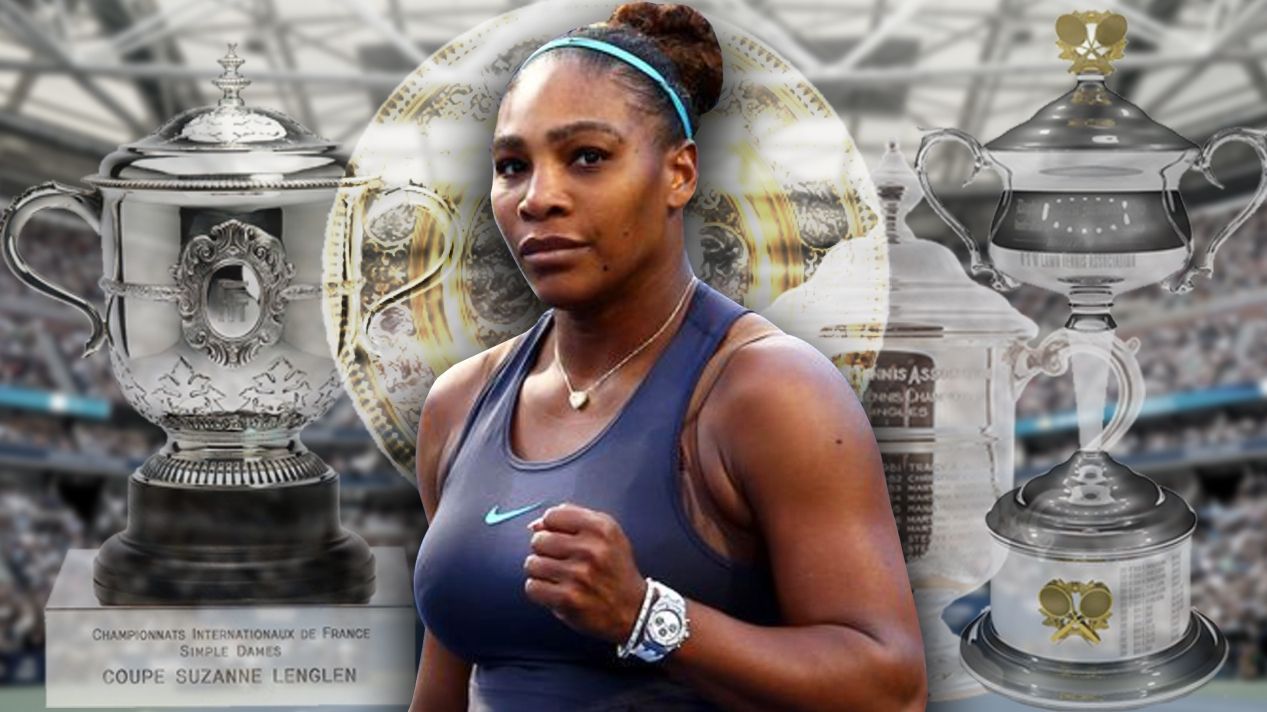 After a year-long absence from competition and increased speculation about her potential retirement from the sport, Serena Williams Serena Williams made her highly awaited return last week at Eastbourne. Playing exclusively in the doubles draw and teaming up with Ons Jabeur, the two made it to the semifinals before Jabeur had to withdraw with a knee injury.

And now, on Tuesday, Williams is slated to make her comeback in singles play as a wild card at Wimbledon. During the 2021 event at the All England Club, Williams was forced to retire from her first-round match due to a leg injury and hadn’t played since. While no one knows what to expect from the 40-year-old, Wimbledon is the site of seven of her storied 23 major titles — and all eyes will certainly be on her as she attempts to break Margaret Court’s longstanding record.

Will Williams be able to reach the elusive mark? We’ll just have to wait and see, but in the meantime, here are some of her most memorable previous Grand Slam victories.

As a 17-year-old playing in just her second US Open, Serena showed a game and maturity well beyond her years with an incredible run in Queens, beating four Grand Slam champions in a row, capped with a final against fellow teenager and world No. 1 Martina Hingis. Serena was in control for much of the match, claiming her first Grand Slam title with a 6-3, 7-6 (4) victory and becoming an immediate global sensation.

She became the first African-American woman since Althea Gibson in 1958 to win a major singles title, and after winning in doubles with sister Venus, she became the fifth woman in the Open era to win both singles and doubles at the same tournament. It was truly the tournament that started it all, and the beginning of her legendary dominance.

Entering the fortnight, Venus was considered the favorite and was the two-time defending champion, but Serena pulled off the upset, 7-6 (4), 6-3, to claim her first title at the All England Club and her second straight major. She became the No. 1 player in the world for the first time following the win, something she has since held for a mind-blowing combined 319 weeks.

Entering the tournament as the No. 1 seed and having won the previous three Slams, Serena was the player to beat. She didn’t disappoint despite a tricky semifinal clash with Kim Clijsters in which she trailed 1-5 in the third set before rallying for the win. Facing Venus, the No. 2 seed, in the championship match, the two battled for three long sets. After nearly 2½ hours, Serena emerged victorious 7-6 (4), 3-6, 6-4 to complete the “Serena Slam.”

Having not won a title in two years and coming to Melbourne unseeded and ranked No. 81 in the world, expectations were not high for Serena at the beginning of the fortnight. But by the end of the tournament, she had eliminated six seeded players and routed world No. 1 Maria Sharapova, 6-1, 6-2 in just over an hour, reminding everyone of just how good she could be.

It was an emotional victory for Serena, and she dedicated the title to the memory of her half-sister Yetunde Price, who was murdered in 2003.

Serena was sidelined for much of the 2010 and 2011 seasons because of a leg injury and a pulmonary embolism, and she returned to the tour more grateful than ever to be healthy and back competing. She made the final at the US Open in 2011, but her victory at the All England Club the next summer marked the first title of her comeback. Playing Agnieszka Radwanska, the match went three sets before Serena convincingly took the third 6-2 to win her fifth Wimbledon title and 14th Slam overall.

“Coming here and winning today is amazing,” she said while accepting the trophy. “It’s been an unbelievable journey for me.”

Just weeks later at the All England Club, she went on to take home Olympic gold in singles and doubles.

Not known to be as dominant on clay as she was on other surfaces, and having been stunned in the first round the year prior, Serena entered Roland Garros in 2013 with something to prove. She had won her lone title at the event 11 years prior and faced Sharapova, the defending champion, in the final. It was a 6-4, 6-4 statement victory, and she was elated following the match.

“I’m still a little bit upset about that loss last year,” she said after receiving the trophy. “But it’s all about, for me, how you recover. I think I’ve always said a champion isn’t about how much they win, but it’s about how they recover from their downs, whether it’s an injury or whether it’s a loss.”

She went on to further enchant the crowd with a speech in French. Tres incroyable!

It was the second straight Serena-Victoria Azarenka US Open final, and the two had met just weeks prior in the Cincinnati title match. Serena was the defending champion in Queens, but Azarenka had won in Cincinnati and owned the two previous Australian Open titles, setting up an epic showdown. The two were evenly matched in the first two sets before Serena overpowered Azarenka in the third 6-1 for her fifth title in Flushing Meadows.

Serena won her third straight title in Queens with a lopsided straight-sets victory over good friend Caroline Wozniacki. It was Serena’s 18th major title, tying her with Chris Evert and Martina Navratilova, and the two legends welcomed her to the club after the match with an on-court celebration. “It is a pleasure for me to win my first Grand Slam here and then this No. 18,” Serena said. “So I’m really emotional. I couldn’t ask to do it at a better place.”

After going up by a set and two breaks in the final against Lucie Safarova, she double-faulted away the lead and then found herself trailing in the third set. However, Serena rallied back to take home her 20th major title.

“When I was a little girl in California, my father and my mother wanted me to play tennis. And now I’m here, with 20 Grand Slam titles,” she said to the crowd in French. “This is very special for me. I haven’t always played very well here, but I’m really happy to win the 20th here.”

Serena won the third leg of the calendar Slam with a 6-4, 6-4 victory over Garbine Muguruza. It was her 21st title overall and completed her second career Serena Slam. “I was peaceful, feeling really good,” Serena said after leaving the court, but said she was already thinking about the US Open. “Maybe a little after that, I started thinking about New York.”

While in Australia getting ready for the year’s first major, Serena discovered she was pregnant. After consulting with doctors about health and safety concerns, she chose to play — and it worked out pretty well. Facing sister Venus in the final, Serena put on a dazzling display and won in straight sets 6-4, 6-4.

Venus later joked it wasn’t a fair fight, as it was “two against one.”