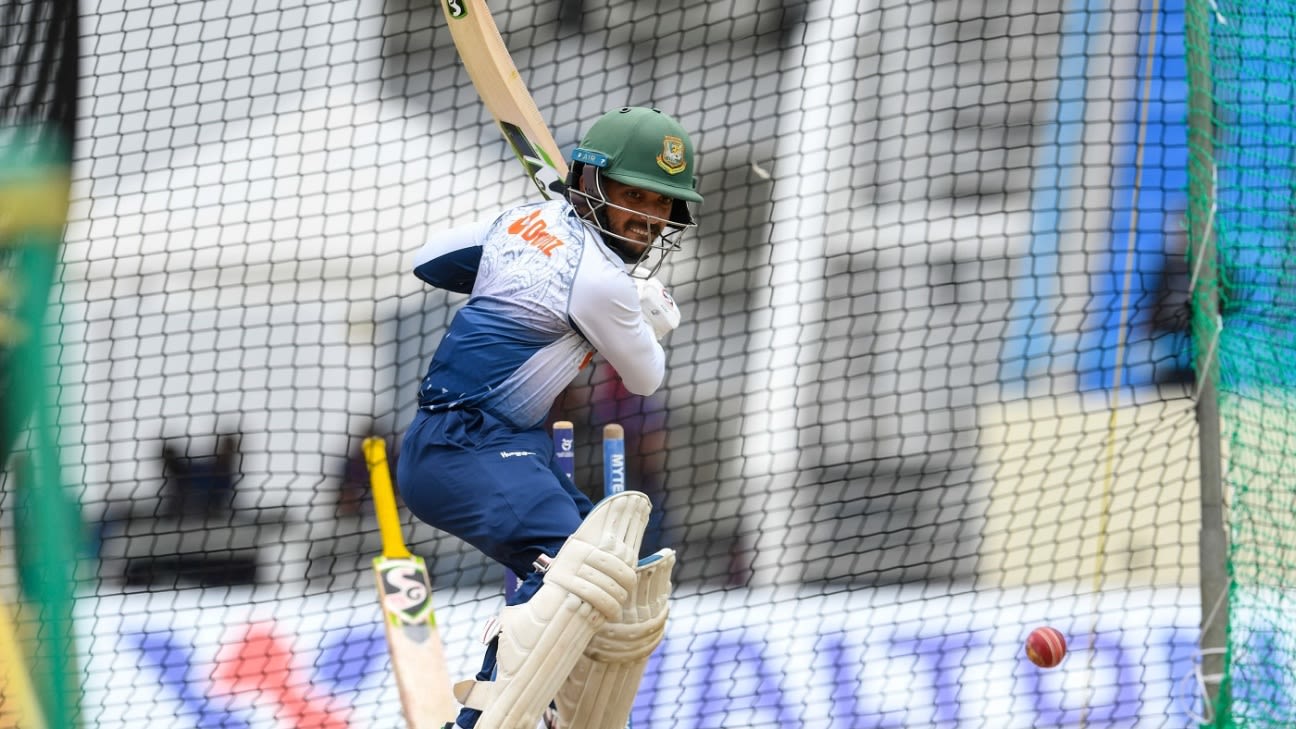 Mominul Haque is struggling. He has made nine consecutive single-digit scores in Test cricket, a run of form that has already prompted him to resign as Bangladesh captain, and could very well see him stepping even further back from the game. Following Bangladesh’s defeat to West Indies in the first Test in Antigua, Shakib Al Hasan said that if his predecessor needs some time away from cricket to get himself right again, he is more than welcome to do so.

“It is tough for me to say, but I speak to him [Mominul] regularly and we will talk again,” Shakib said. “If he thinks he needs a break, it can happen. It is not ideal to take a decision just after a match. We have a break for two days. On our next day of training in St Lucia, we will think about what’s best for the team.”

Mominul made 0 and 4 in this game, first edging Jayden Seales to second slip and then falling lbw to Kyle Mayers’ medium pace. What is most concerning is how the left-hander was beaten for pace against both bowlers.

Bangladesh have lost their first four wickets for less than 100 runs in all but two of these nine innings. Coupled with Najmul Hossain Shanto’s poor form and Mahmudul Hasan Joy blowing hot and cold, the visitors were blown away by West Indies in Antigua. So should they think about bringing in some new players for the next Test starting Friday?

“You cannot guarantee that a lot of changes will be good for the team,” Shakib said. “But if you look at the numbers, we have lost four wickets for less than 100 runs in 12 out of the 16 innings. That is pretty worrying. Only a concerted team effort can get us out of here. I know we can get out of this. We have been here before, so I believe we can come out.”

Bangladesh need more runs, especially in the first innings. They began the Antigua Test by losing six wickets in the first session. Bowled out for 103, there was really no way back for them.

“We don’t have a lot of technically-sound cricketers,” Shakib, who made fifties in both innings, said. “Everyone has technical problems. But they have to find out ways to score runs, stay at the crease. It has to come from an individual level. But it (coaching) is not my area. It is for the coach to discuss. It will be difficult for me to coach and captain at the same time. It will help me if everyone sticks to their job.

“I didn’t have a lot of expectations from this match, but I think we had the ability to do better. We missed that opportunity. We were behind from the first session, which meant we were always recovering in the game.

“We couldn’t get our noses in front. That’s the regret. I am happy with the bowlers. We have to improve in our batting and catching. We have to score 100-150 more runs than what we did in the first Test. Most of the batters didn’t make runs in either innings. With our bowling attack, we could have fought harder with some more runs.”