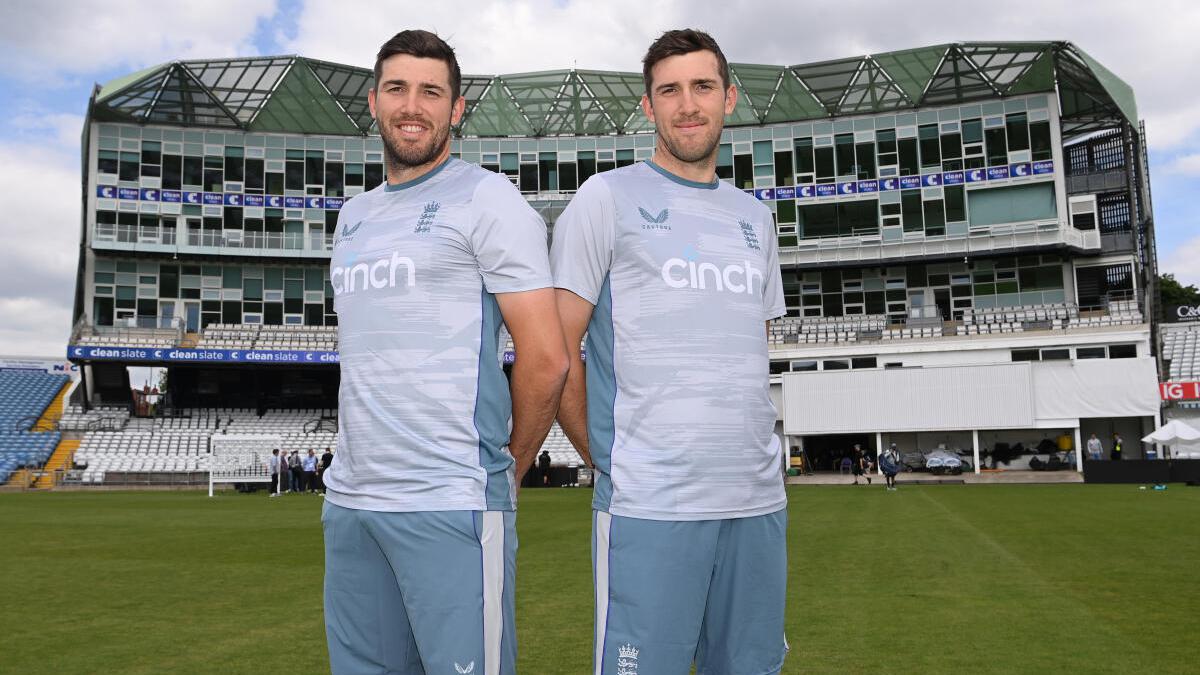 Sometimes they’d mess around in the nets for seven to eight hours. Other times they’d play different ball sports beside the cricket field.

Always they’d be competing, “trying to outdo each other” as Craig puts it.

Not only did they develop into fully-fledged English county cricketers, but Craig and Jamie are also now in the same England test squad. They could become the first set of twins to play in the same international team for England if they are selected against New Zealand for the third test starting at Headingley on Thursday.

The sibling rivalry is still there, too.

Only two weeks ago, the 28-year-old Overtons went head to head in an English County Championship match — Craig plays for Somerset and Jamie plays for Surrey, both as fast bowlers — and Jamie sent down a fierce bouncer that hit Craig on the helmet and led to him sustaining a concussion.

Indeed, Craig needed to pass a test on Tuesday to make sure he was fine to play against the New Zealanders.

“I think any sibling rivalry you are always going to have a bit of extra spice,” Jamie said. “Knowing me and Craig, we are probably even spicier than a lot of people.

“It’s always going to heat up a little bit when we play each other but it’s that competitive edge. It’s a nice thing.”

It’s the first time Jamie has been called up by England’s test team and having his brother there made the adjustment just that little bit easier. The squad met up on Monday to play a bit of golf and were scheduled to train on Tuesday and Wednesday.

Jamie has been rewarded for taking 21 wickets for Surrey this season at an average of 21.61, with the preseason decision to shorten his run-up and make him slightly more explosive appearing to pay off.

“It has felt really easy and really smooth,” Jamie said.

Craig is the more experienced and reliable of the twins when it comes to fast bowling, having taken 402 wickets in first-class cricket — nearly double that of Jamie. He has eight test caps to his name and has been in the squad for the first two matches of the series against New Zealand — both won by England — without actually playing.

It would likely need one of Jimmy Anderson or Stuart Broad — England’s two veteran pacers — to be rested for the Overton brothers to get the call. That isn’t beyond the realm of possibility, given the series has already been wrapped up and it’s just the start of a long summer of cricket.

England captain Ben Stokes didn’t train on Tuesday as a precaution, having reported to the session feeling unwell.

Suddenly, the chances of Craig and Jamie playing in the same England team have risen.

And if it does happen, expect Craig — the older of the two by three minutes — to be the boss.