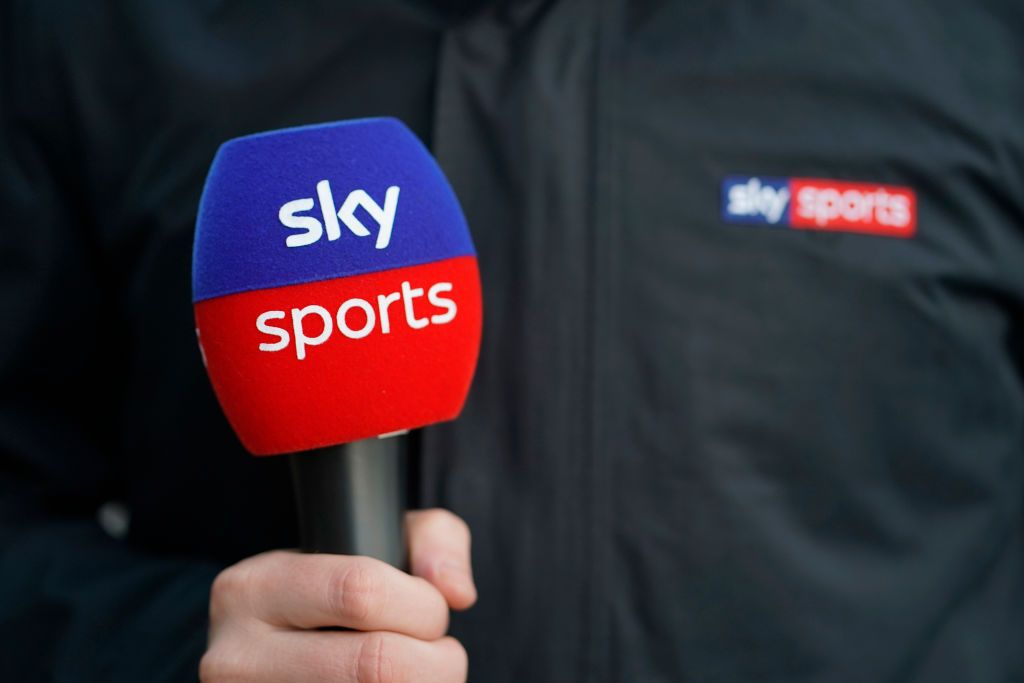 Sky Sports 2022 presenters, pundits and commentators features an array of some of the biggest former footballers of all times, as well as A-list names from the world of sports broadcasting.

Sky has been the official broadcaster of the Premier League ever since the breakaway league was launched back in 1992. Though many of the faces have changed as the network has evolved over the years, though, the broadcaster remains one of the biggest in the world and a staple of British television.

Sky Sports is available through NOW TV – which you can start a free seven-day trial of.

Who are the presenters on Sky Sports?

David Jones is the presenter for Sky’s Super Sunday and Monday Night Football programmes. He also sometimes appears as a presenter for Premier League Live, alternating duties with Kelly Cates.

Jones started presenting live Premier League matches in 2010 and replaced former host Ed Chamberlain, who moved to ITV to present horse racing. Jones is a Sunderland fan and in December 2019, was announced as a new non-executive director of the Black Cats.

Originally a Sky Sports News presenter, Cates made the transition to front Premier League games in August 2017. She is the eldest of four children of former Celtic and Liverpool player and manager Sir Kenny Dalglish.

Who are the pundits on Sky Sports?

Gary Neville played 400 times in the Premier League for Manchester United and joined Sky Sports at the start of the 2011/12 season, taking over as analyst on Monday Night Football from Andy Gray, alongside Jamie Redknapp.

Neville previously did punditry work for ITV during the 2002 World Cup – which he missed due to injury – and for Euro 2008, which England did not qualify for.

Jamie Carragher played over 700 times for Liverpool and won the Champions League in his career. He joined Sky Sports upon his retirement from football in 2013 on Monday Night Football alongside Gary Neville.

Carragher has also appeared on US network CBS Sports to cover the Champions League.

Roy Keane won seven titles with Manchester United and captained the Republic of Ireland in a decorated career. He began appearing sporadically on ITV as a pundit, joining Sky Sports to work on Super Sunday in September 2019.

Keane once claimed, “Never again” after do punditry, saying, “I’d rather go to the dentist. You’re sitting there with people like Richard Keys and they’re trying to sell something that’s not there. Any time I watch a game on television I have to turn the commentators off.”

Micah Richards played for Manchester City for 10 years between 2005 and 2015, going on loan for the last of those seasons to Fiorentina in Serie A, before moving to Aston Villa. The former defender won two titles, was capped 15 times for England and played for Great Britain at the 2012 Olympic Games.

Richards is a pundit across Sky Sports, BBC Sport and US network CBS Sports, appearing across radio and television including Match of the Day.

Regarded as one of the best British midfielders of the 1980s, Graeme Souness won five titles and three European Cups as a Liverpool player, before managing the Reds after retirement. His last managerial job ended at Newcastle United in 2006.

As well as working on Sky Sports, Souness has done punditry on RTE and TV3 in Ireland and beIN Sports in Qatar.

Jamie Redknapp joined Sky Sports in 2011 with Gary Neville, having previously covered Euro 2004 as a pundit on the BBC. As well as punditry work, he has appeared on Sky1 sports game show A League of Their Own as a team captain.

Karen Carney is a legend at both Arsenal women and Chelsea women, having won the Champions League with the former and played 144 times for England – making her Sky’s most-capped pundit.

Carney has been a regular on Sky Sports and Amazon Prime – including Women’s Super League and men’s Premier League matches – since 2019.

Former Tottenham captain Michael Dawson has appeared both as a pundit on live Premier League coverage and Soccer Saturday on Sky Sports since retiring in 2021.

The following ex-footballers have all appeared as Sky Sports pundits over the last few years:

Who are the commentators on Sky Sports?

Martin Tyler is the flagship commentator on Sky Sports and has been at the network ever since the very first season of the Premier League. He is most recognisable for commentating on the “Agueroooo” goal that won Manchester City the title back in 2012.

Rob Hawthorne has worked on Sky Sports since 1995 as a commentator. He most notably was the voice of the 2005 Champions League final between Liverpool and AC Milan.

Bill Leslie has been at Sky since 2003. He is most often heard on Premier League or EFL Championship – but also commentates on Scottish football for the network.

Ian Crocker has been at Sky Sports since 2010, when he replaced the outgoing Ian Darke. Crocker worked on Sky before that in various capacities and has commentated a lot on Scottish football over the years.

Gary Weaver is most often heard on Championship games on Sky Sports.

Seb Hutchinson is the most recent addition to Sky’s commentary team, having worked for the likes of ITV and BBC Five Live over the years.

Who are the co-commentators on Sky Sports?

Both Gary Neville and Jamie Carragher serve as co-commentators in big games – often when their respective teams (Manchester United and Liverpool) are the clubs in action.

Occasionally for big matches, such as Manchester City vs Liverpool, both Neville and Carragher will both co-commentate alongside Martin Tyler.

Former Leicester City and Arsenal striker Alan Smith is one of Sky’s bigger-name co-commentators – and a regular for matches with either of his two former sides.

Smith is often used across various points of a weekend’s coverage and doesn’t have specific timeslots that he sticks to.

A former left-back for Manchester City, Everton and Sheffield Wednesday, Andy Hinchcliffe provides co-commentary for both Premier League and Championship games, as well as some Manchester City games in the Women’s Super League.

Karen Carney operates both as a pundit and an occasional co-commentator on Sky Sports for both Premier League and Women’s Super League.

Who are the reporters on Sky Sports?

Geoff Shreeves has been at Sky Sports since 1992 – the Premier League’s inaugural season – as a pitchside reporter and interviewer. Shreeves appears at big games, often behind the bench, providing updates on injuries, breaking news and conducting pre-match and post-match interviews with players and managers.

Shreeves has also featured in the FIFA series as a reporter giving injury updates.

Patrick Davison is a touchline reporter for Sky Sports. Although Shreeves is often used for the headline game of the weekend, Davison is relied on for big games, too.

Greg Whelan is another of Sky’s reporters, who is also tasked with pre- and post-match interviews.

Laura Woods is a presenter on TalkSport radio and a reporter on Sky Sports who interviews pre- and post-match. Often, Woods takes the earlier fixture on a Super Sunday, with the rest of Sky’s team at the stadium where the second match is taking place.

Woods is an Arsenal fan.

Eilidh Barbour is the main presenter for BBC’s golf coverage and has worked as a reporter on Sky Sports. A lifelong supporter of St. Johnstone, Barbour has also presented coverage on Amazon Prime.