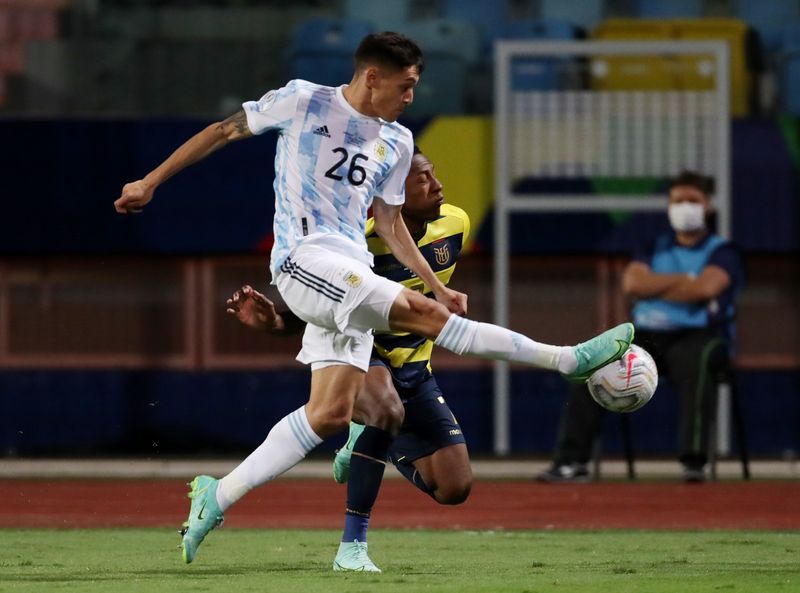 Financial details were not disclosed but local media reports said he cost about 20 million euros ($20.29 million).

Primarily a right back, the 24-year-old Molina also played at wing back for Udinese last season, scoring seven goals with two assists in Serie A.

“I’m very happy for this step in my career, that Atleti have taken notice of me and to have the chance to play here is a dream,” he said.

“From my side there will always be responsibility, sacrifice and everything that represents this club.”

Molina is Atletico’s third signing of the close season after winger Samuel Lino and midfielder Axel Witsel. He will strengthen the right back options for Diego Simeone’s side who lost Kieran Trippier to Newcastle United in January.

Molina made played nearly 70 games in all competitions for Udinese in two seasons after joining from Boca Juniors’ youth team.

His impressive performances earned him a debut with Argentina in 2021 and he now has 16 caps, having helped his country win the Copa America last year.

Atletico, who finished third last season, begin the new campaign with a trip to Getafe on Aug. 15.

(Reporting by Rohith Nair in Bengaluru; Editing by Ken Ferris)