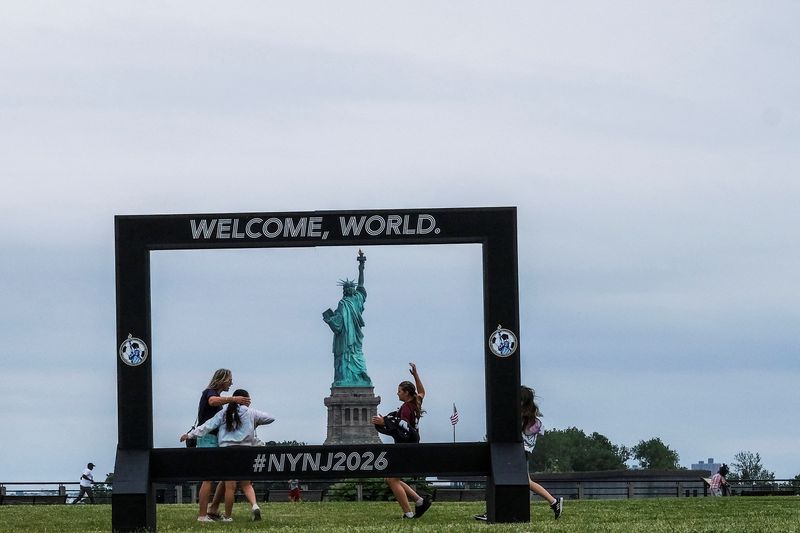 NEW YORK (Reuters) – From Vancouver to Mexico City to Miami, the 2026 World Cup is poised to take over North America, with one notable exception: The United States’ capital city.

The joint bid of Washington, D.C., and Baltimore, Maryland, was one of six that didn’t make the cut on Thursday, when FIFA announced the 16 cities to host matches in the global sport spectacle four years from now.

FIFA officials were contrite in passing over the bid, after President Gianni Infantino declared this had been the most competitive process for cities to host World Cup matches.

“It’s been an incredibly competitive process. All the cities have been amazing. This was a very, very difficult choice,” FIFA’s Chief Competitions & Events Officer Colin Smith told reporters on Thursday.

“You can’t imagine a World Cup coming to the U.S. and the capital city not taking a major a role as well.”

Washington, D.C., was one of nine venues for the 1994 World Cup, the last time the U.S. hosted the global mega-event.

Located in the country’s cluster of high-traffic, mid-Atlantic cities, Washington boasts both a men’s and a women’s professional soccer team and appeared to have a solid shot at picking up one of the coveted hosting gigs.

While the snub was devastating to region’s diehard fans, organizers were gracious.

“While we are disappointed that D.C. and Baltimore were not selected as host cities, we congratulate the cities that were awarded games,” the Mark Ein and Max Brown, co-chairs of the DC2026 Advisory Board said in a written statement.

“We look forward to continuing our partnership with FIFA and exploring other opportunities to be part of this historic event.”

Infantino promised a “fan fest” on the National Mall, as Smith assured even those cities passed over to host wouldn’t be left out of the party.

“We’ve been engaging with all the cities that weren’t chosen to host matches,” he said. “There’s still lots of other areas of cooperation and working together and celebration.”