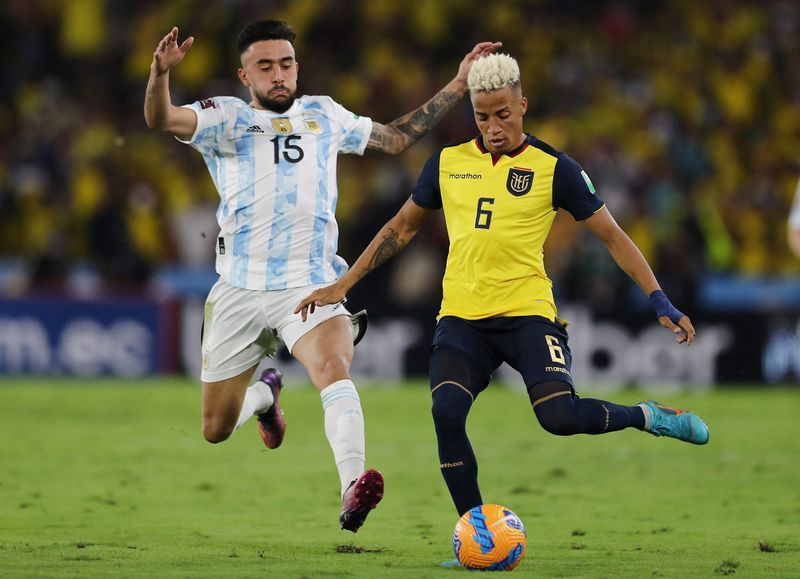 (Reuters) – Chile’s Football Federation (ANFP) is appealing against FIFA’s decision to dismiss their complaint that Ecuador fielded an ineligible player during the World Cup qualifying campaign.

FIFA’s decision on June 10 meant Ecuador were cleared to play in November’s finals in Qatar but the Chileans are continuing to push the issue.

The ANPF said it had proof that Ecuador’s Byron Castillo was born in Tumaco, Colombia in 1995 and not in the Ecuadorean city of General Villamil Playas in 1998 as stated on his official documents.

It claimed the Barcelona of Guayaquil full back, who played in eight of Ecuador’s 18 qualifying games for the Qatar World Cup, used a false passport and birth certificate.

FIFA had said that “after analysing the submissions of all parties concerned and considering all elements brought before it” it was not taking action.

But on Thursday, Chile said they had submitted an appeal to soccer’s world governing body.

Jorge Yunge, General Secretary of the Chilean Football Association, said in a statement: “We are completely sure about the conclusions of our investigations.

“It is absolutely clear that the player uses an adulterated Ecuadorean document. What is at stake here is not just a place in the 2022 World Cup, but the entire principle of fair play.”

Chile finished seventh in qualifying with 19 points, missing out on a place in the finals. Ecuador qualified in fourth place.

Peru finished in fifth place but missed out on the finals after losing their playoff to Australia.