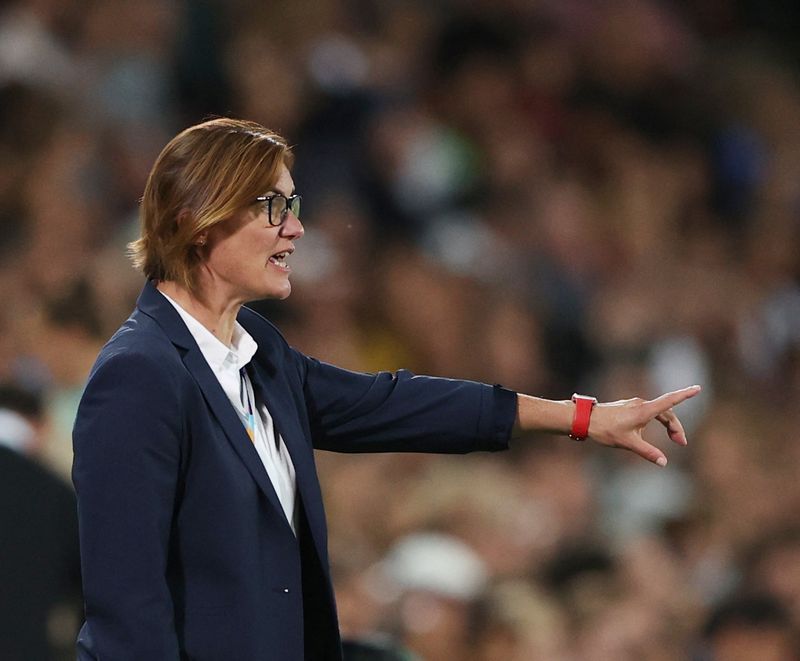 PARIS (Reuters) – France women’s coach Corinne Diacre has extended her contract until 2024, the country’s football federation announced on Tuesday just few days after they were beaten by Germany in the semi-finals of Euro 2022.

The 47-year-old will continue to lead the team to next year’s Women’s World Cup in Australia and New Zealand as well as the 2024 Paris Olympics.

“I am happy and proud to continue the adventure with the France team for these two additional seasons,” Diacre, who took over in 2017, said in a statement from the French Football Federation.

“Despite the disappointment of being beaten in the semi-finals, the Euros have been encouraging and I am delighted to have the opportunity to continue working with this group in the hope of securing the team’s first title … first in the World Cup and then at the Olympic Games in front of our public,” she added.