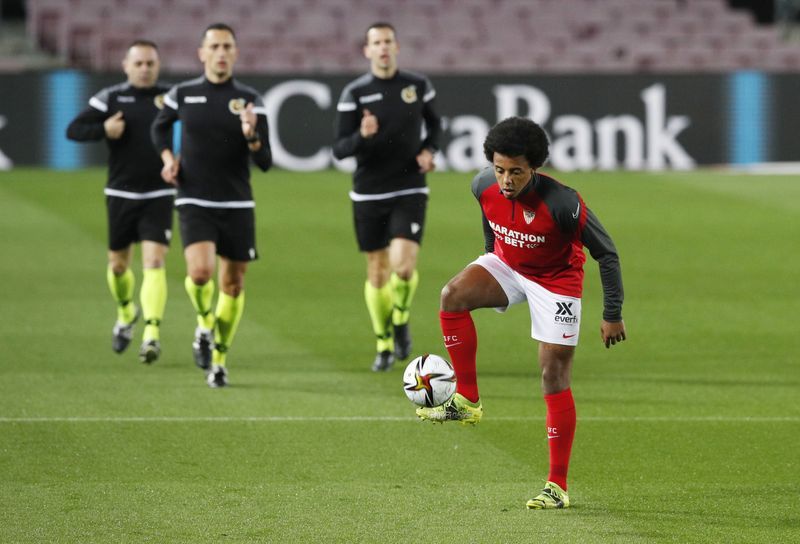 (Reuters) – Barcelona have completed the signing of French international defender Jules Kounde from Sevilla on a five-year contract, both LaLiga clubs said on Friday.

While the 23-year-old centre-back will have a buyout clause of one billion euros ($1.02 billion), financial details of the deal were not disclosed.

According to media reports, the transfer fee agreed is 55 million euros ($55.82 million).

(Reporting by Tommy Lund in Gdansk, editing by Pritha Sarkar)