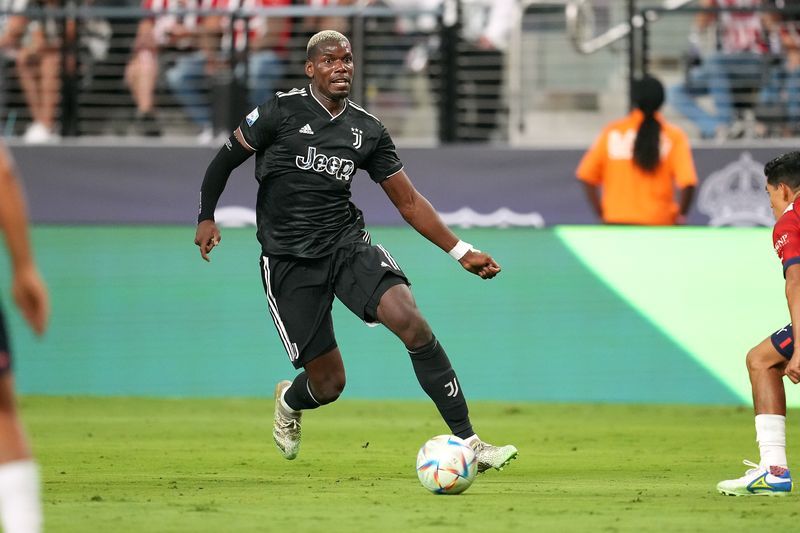 (Reuters) – Juventus midfielder Paul Pogba has suffered a knee injury and has been ruled out of Tuesday’s friendly against Barcelona in Dallas, Texas, the Serie A club said on Monday.

The Turin-based club did not disclose the estimated recovery time but added that the 29-year-old would see a specialist in the next few hours and continue treatment.

“Following complaining of pain in his right knee, Paul Pogba underwent radiological examinations that revealed a lesion of the lateral meniscus,” the club said in a statement.

The French international, who returned to the club as a free agent after six seasons at Manchester United, could miss the start of the Serie A season. Juventus host Sassuolo on Aug. 15 in their opening match.

(Reporting by Silvia Recchimuzzi in Gdansk, editing by Pritha Sarkar)