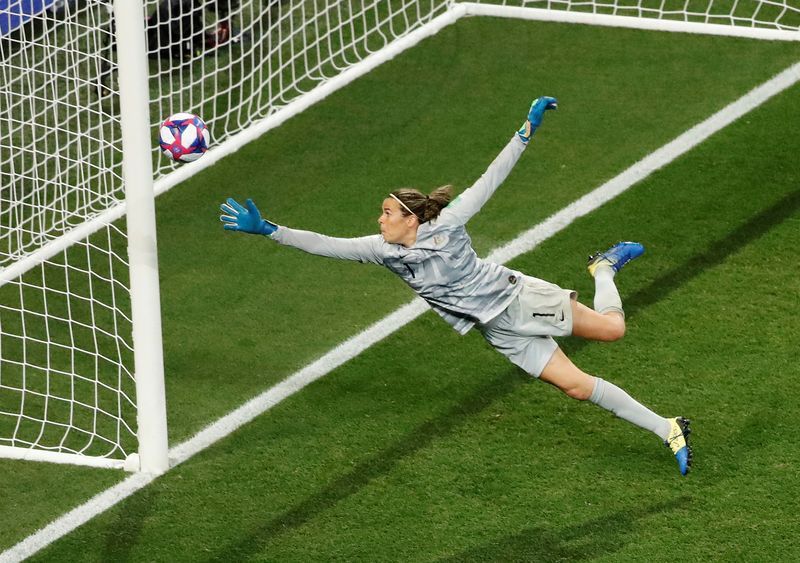 (Reuters) – Australia’s Lydia Williams is poised to make her 100th international appearance and become the country’s first female goalkeeper to reach the mark when the Matildas face Spain in a friendly on Saturday.

The 34-year-old is currently the Matildas’ longest-serving player, having made her debut as a teenager in 2005.

“To be honest, I wouldn’t have dreamt that I would have come this far,” Williams told reporters on Thursday. “It’s an honour and a privilege.

“I think I’ve been around for everyone’s first cap. That’s kind of more special to me seeing how everyone’s developed rather than the 100. I would have never believed you if that’s what you told me when I was first started playing.”

Australia will take on Portugal three days after facing Spain, with both teams due to play in the Women’s European Championship next month.

With Sam Kerr, Caitlin Foord and Alana Kennedy among those rested for the friendlies, Williams will be one of the highest-profile players in a largely experimental squad.

Williams said the game against Spain, who are ranked seventh in the world, will aid Australia’s preparations for next year’s Women’s World Cup, which they will co-host with New Zealand.

“It’s going to be a good indication of seeing how these teams are lining up for a major tournament,” Williams said.

“We can see the gaps and what we need to make sure that we are improving and be ahead of the game when it comes to 2023.”

(Reporting by Hritika Sharma in Bengaluru; Editing by Peter Rutherford)