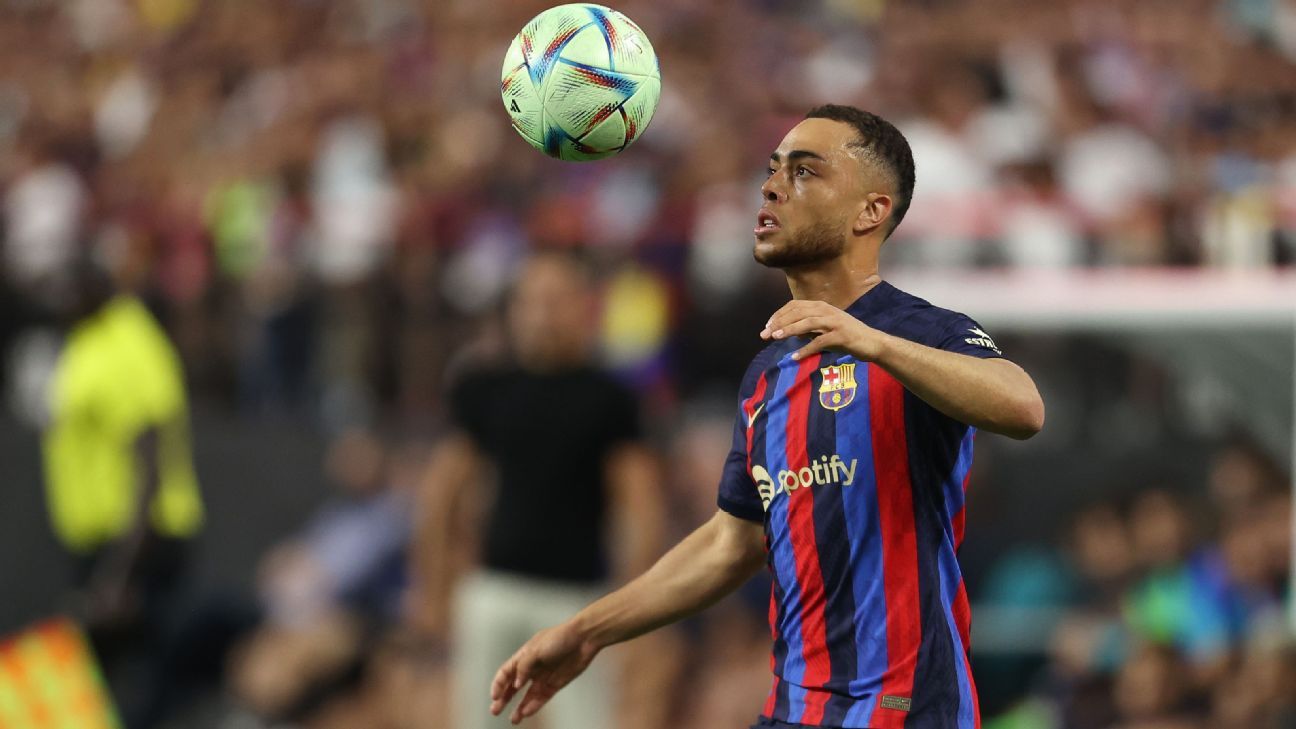 Barcelona will listen to offers for Sergino Dest as they continue to pursue Chelsea defender Cesar Azpilicueta following the signing of Jules Kounde, sources have confirmed to ESPN.

ESPN revealed earlier this summer that Barca had communicated to Dest that he was part of their plans for the upcoming season.

Dest, 21, is happy at Barcelona and said earlier in July that he would “definitely” stay beyond the transfer window.

Coach Xavi Hernandez also remains in favour of Dest staying because he offers different qualities to the other full-backs in the squad, but a series of factors have forced the club to reconsider their stance on the United States international.

A failure to move on players who have been deemed surplus to requirements by Xavi means Barca must now consider letting others leave.

The Catalan club need to balance their accounts following several summer signings — Kounde became their sixth new arrival of the window on Thursday — and also need to free up salary space to register the new players.

They were all left out of Barca’s squad for the tour to the U.S. this month but none of them have secured a move away from Camp Nou so far.

Other players on the tour, such as Miralem Pjanic and Memphis Depay, will also be allowed to leave for the right price. Preliminary talks have been held with Juventus over a deal for Memphis.

Meanwhile, Barca and Manchester United have agreed a fee for Frenkie de Jong, but sources at the club acknowledge there are significant complications in closing that deal due to the midfielder’s desire to stay at Camp Nou.

The lack of outgoings, coupled with the number of signings made this summer, is now forcing the club to make other, more difficult decisions.

As a result, sources have told ESPN that offers will be welcomed for Dest, with Barca optimistic they can complete the signing of Azpilicueta despite Chelsea manager Thomas Tuchel’s recent comments.

Speaking in Florida last week, Tuchel said he was “a little bit annoyed” with Barca’s pursuit of the Spain international and suggested he may pull the plug on the move.

Barca released Dani Alves when his contract expired in June with a view to having Azpilicueta and Dest compete for the right-back position.

But with money spent on forwards Robert Lewandowski and Raphinha, Barca’s priorities have shifted, and they would be happy to start the season with Sergi Roberto, Ronald Araujo and Kounde as backup options to Azpilicueta.

Dest joined Barca from Ajax for €20 million in 2020. He has made 72 appearances for the club in all competitions since then, scoring three goals. He has a contract until 2025.