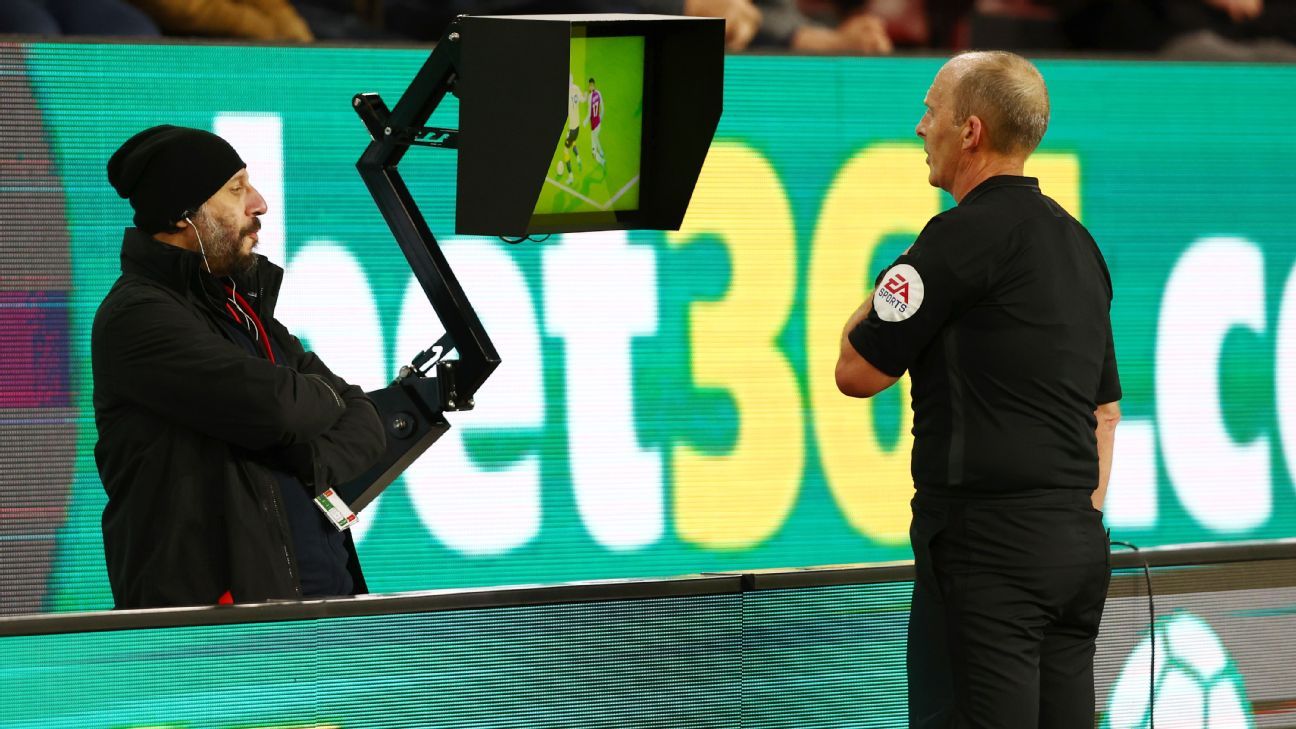 The Premier League will not be releasing the VAR audio of major decisions when the new season starts on Friday, sources have told ESPN.

Premier League chief executive Richard Masters had indicated that the conversations between the VAR and the referee would be made public to help supporters understand how decisions are made.

“Communication is absolutely key,” Masters told Sky Sports. “The IFAB [football’s lawmaker] rules prevent us from doing certain things, but in terms of listening to the VAR and the conversations they are having with the referees, it’s something we will look at, and see whether that can be done post-match or on a delayed basis. But we need to look at that and decide what the right thing to do is.”

However, ESPN sources have revealed that while it remains an ambition for PGMOL, the body that runs refereeing in the Premier League, there are no plans to release the audio from the beginning of the new campaign.

FIFA, which is now in control of VAR globally, has strict guidelines over how and when any VAR audio can be made available. It cannot be broadcast live during a game, and only used afterwards as an educational tool.

PGMOL is looking at ways for fans to be more informed over controversial decisions and the VAR conversations may be released later in the season, but it will not happen in the opening months.

PGMOL is searching for a new boss after it was announced in June that Mike Riley would be stepping down from the role. The No. 1 candidate is former Premier League referee Howard Webb, who is General Manager of referees in MLS.

Webb has led the way in trying to bring more transparency to the VAR process by introducing “Inside Video Review,” which shares the video and audio of key decisions after each matchweek. However, this isn’t released until several days later.