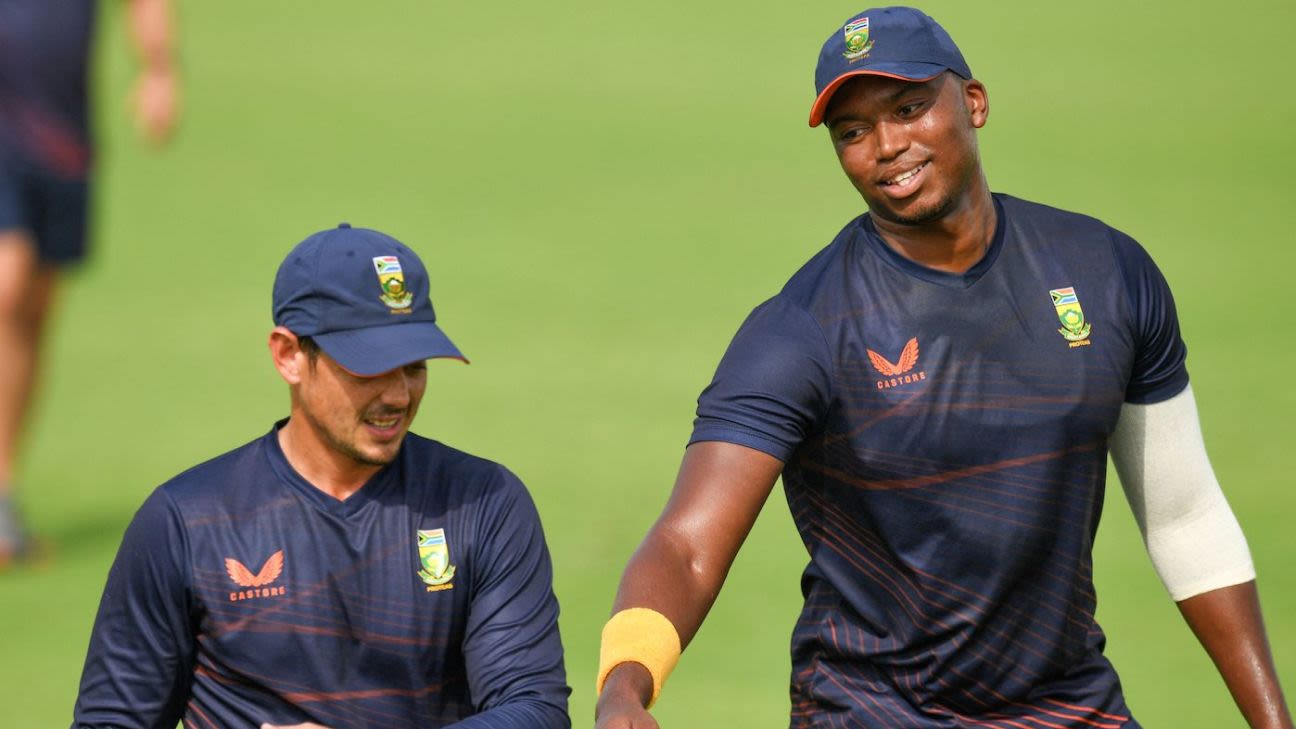 South Africachose to bowl vs India

For the fourth match in succession, Temba Bavuma called correctly and chose to chase as South Africa look to close out the five-match series, which they lead 2-1. In what is a must-win game for India, Rishabh Pant said would have also chased if given the chance. He also said that India would concentrate on scoring more runs in the middle overs, where they have been going at an average run rate of 7.72 so far in the series.

South Africa have three changes, two in the pace attack. Kagiso Rabada and Wayne Parnell, who made his comeback to the T20I squad in this series, have made room for Marco Jansen to debut in the format and Lungi Ngidi to play his first T20I match for South Africa in almost a year. Rabada and Parnell have slight niggles and are sitting out as a precaution but should be available for last match.

Ngidi last played against Ireland in July last year but did not get a game at the T20 World Cup. He has played for South Africa in other formats in that time. Jansen is the 96th player to represent South Africa in T20Is.

The other change for the visitors comes at the top of the order, where Quinton de Kock has recovered from the wrist injury that kept him out of the second and third match to displace Reeza Hendricks at the top of the order. de Kock will also take back the wicketkeeping gloves from Heinrich Klaasen, who remains in the team, leaving no room for Tristan Stubbs.