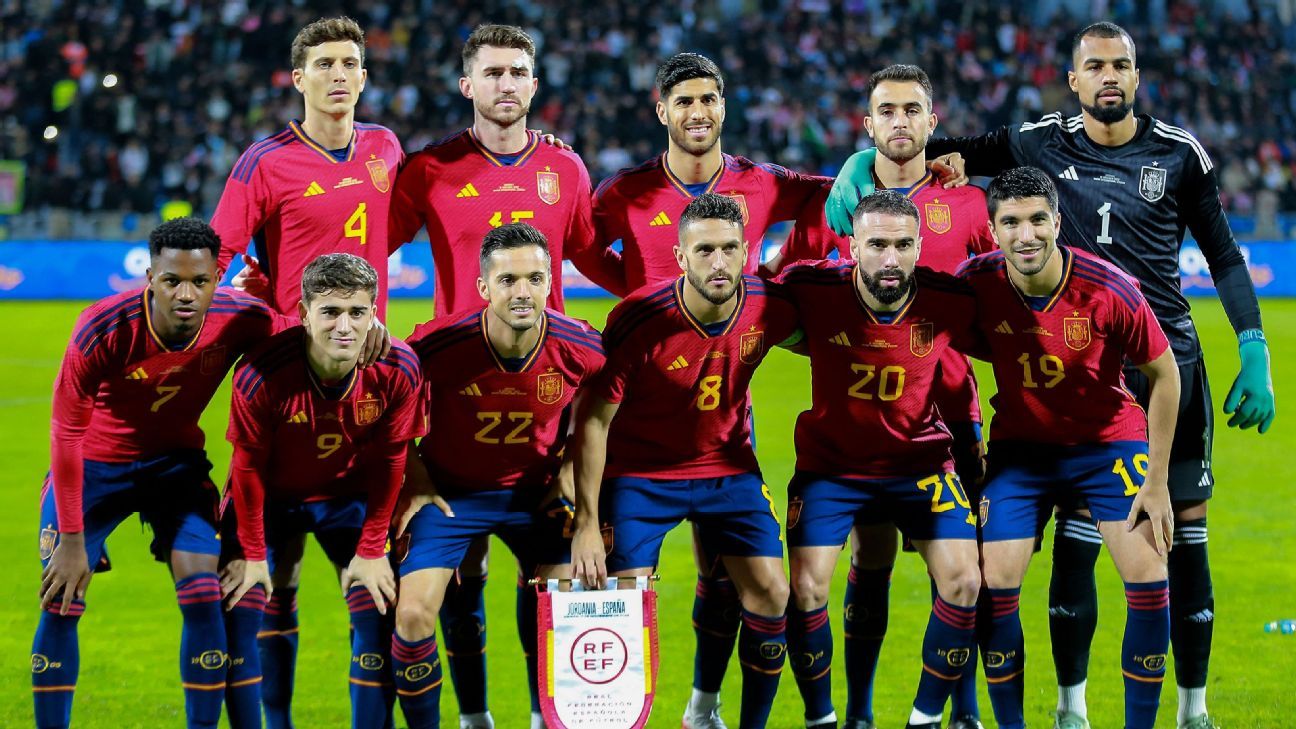 Maybe Alfio “Coco” Basile said it best. In the run-up to the 2006 World Cup, one of the coaches making his debut at the tournament approached Basile, head coach of Argentina at the time, and asked him for advice. Basile listened and then, by way of offering guidance, asked a question of his own: whether the debutant had any pre-tournament matches scheduled for his team. Yes, he was told, to which Basile replied: “And can’t you cancel them?” After all, he reasoned, you’re not going to see anything.

It’s not entirely true, but there was a hint of that on Thursday night when Spain played their final preparation game before the World Cup, taking on the Jordan national team in Amman before flying to Doha, the capital of Qatar. There was a moment with just 11 minutes left and the score at 2-0 when the commentator on one Spanish radio station said that was the best thing about the game: that there were just 11 minutes left. There would be two more goals — but there was something in that comment.

When the final whistle blew, Spain had beaten Jordan 3-1. By then, Rodri, usually a defensive midfielder at Manchester City, was playing in defence while attackers Marco Asensio and Dani Olmo were playing as inside midfielders. Yeremy Pino was up front and striker Alvaro Morata had sat out entirely.

Ninety minutes earlier, an unexpected starting XI had included Robert Sanchez in goal, making his second ever appearance, and Aymeric Laporte at left-back. Koke had started in the deep midfield position; Asensio was the false No. 9; Pablo Sarabia and Ansu Fati played either side of him.

Those were the most significant changes. Only they weren’t significant at all. The final game before the tournament kicks off is always that moment when everyone is looking for clues, a glimpse of the way it’s going to be; what kind of shape the team are in, which players look fittest, freshest and most on form; who is likely to start and who is emerging as a previously unexpected inclusion.

Head coach Luis Enrique is often difficult to second guess, his lineups often contain a surprise, so looking ahead to the meeting with Costa Rica, Spain’s opening match in Qatar, this friendly was supposed to be helpful. That’s the theory at least.

After the match, Enrique said something startling. “This is the first time in my career as a coach that I didn’t do the lineup,” he revealed. Although he slightly backed away from that statement a little later, insisting that actually of course he had decided who played and where, what the Spain coach explained was that he had literally asked the players how many minutes they needed to be ready for the opening match against Costa Rica. “I just coordinated it so that they could have the minutes they needed,” he admitted. “The only thing I demanded of them was that, once they were out there, they compete.”

It wasn’t quite that straightforward, though. Enrique explained that Spain’s captain Sergio Busquets and 19-year-old Pedri had asked to play but didn’t get a single minute, and that Rodri ending up in defence didn’t mean he was going to play there — something the head coach pointed out by mentioning Asensio and Olmo in midfield which, he insisted, is not their place. He also mentioned that Ferran Torres not starting didn’t mean he won’t start, that Carlos Soler‘s inclusion in midfield wasn’t set it stone, and that Busquets’ absence didn’t mean … actually, that probably did mean something.

Looking at his absence, plus those of Pedri, Morata and goalkeeper Unai Simon, it doesn’t seem like much of a leap to suggest they were sitting out as protection, a sign that they will start against Costa Rica. Laporte’s place at left-back was explained by a temporary need, sadly: the next day it would be confirmed that Jose Luis Gaya has been forced out of the squad, thus making it even more expedient not to risk Jordi Alba in a friendly where, as the manager said afterward, one of the good things was that “no one got injured” (19-year-old Barcelona player Alejandro Balde has been called up to replace Gaya in the squad). Laporte will line up in the middle of defence, likely as a starter.

And there might have been a few things that pointed at incoming decisions or resolved doubts, even in the context of a game like this. That’s not always positive — there was a moment’s hesitation from defender Pau Torres that almost allowed Jordan to score early on, which might not have mattered if it wasn’t a recurring theme — and there was little that was truly outstanding.

Yet there were some good things, too. One of those might be Asensio, yet another one of those players where Enrique got it right, despite what everyone else said. Chosen in the summer despite not playing much for Real Madrid, Asensio was a semi-surprise in the final squad, with the coach insisting that he sees him as a false No. 9 as much as or more than a forward, which helps to explain the absence of Borja Iglesias or indeed any actual striker other than Morata.

Here, in an otherwise largely unremarkable game, the coach said Asensio was “superb, a different level.” Enrique also explained how he has tried to limit his movement to make him a No. 9 who’s a little less false, with that process accelerating in Amman.

Asensio didn’t actually score. All three of those who did — Ansu Fati, Gavi, Nico Williams — were born in the 21st Century, part of the new guard of players. The coach said that wasn’t significant — “maybe time the goal scorers will be the three oldest,” he noted — but it felt like it mattered. With young players, all of them arriving at their first World Cup, there’s always an increased sense of a case being made, a momentum building, and all of them are players who could start. Maybe now more than before that friendly.

Eighteen-year-old Gavi seemed likely to start anyway — no-one leads the press like him, and Enrique has been quick to stress the footballer who lies beneath what meets the eye — but this was another demonstration that he backs down to no-one, that he is not overawed by the senior team.

Meanwhile, Williams and Ansu occupy attacking roles where the starters are not so obvious — Ferran? Sarabia? Olmo? — and although both were doubts even for inclusion in the squad, there were flashes that showed why they are here, how they can maybe provide precisely what it is that Spain lack: a way to cut through those deep defensive teams that frustrate opponents. By the time Spain landed in Qatar, either of them starting no longer looked so unlikely.

There’s something different about Williams: quicker, more direct, skillful, his goal against Jordan superbly taken. As for Ansu, it’s like there’s an almost mystical quality to him. The acceleration may not be so apparent now post-injury, and frankly the level hasn’t been either — there is a reason Enrique left him out of the squad in the autumn — but he has something no one else really has. Some connection. Some ability to score goals, almost without trying, some instinct, some sense that it’s just going to happen for him, just going to fall. He didn’t hit his shot particularly well; in fact, he hit it pretty badly. But he did score. Which is what he does.

“Ansu has a special relationship with the goal,” Enrique said. And that matters, if any of it did. If any of it ever does. Basile knew. Enrique did too. “Don’t draw any conclusions today,” the Spain manager said when at last it was over and the real stuff could begin.