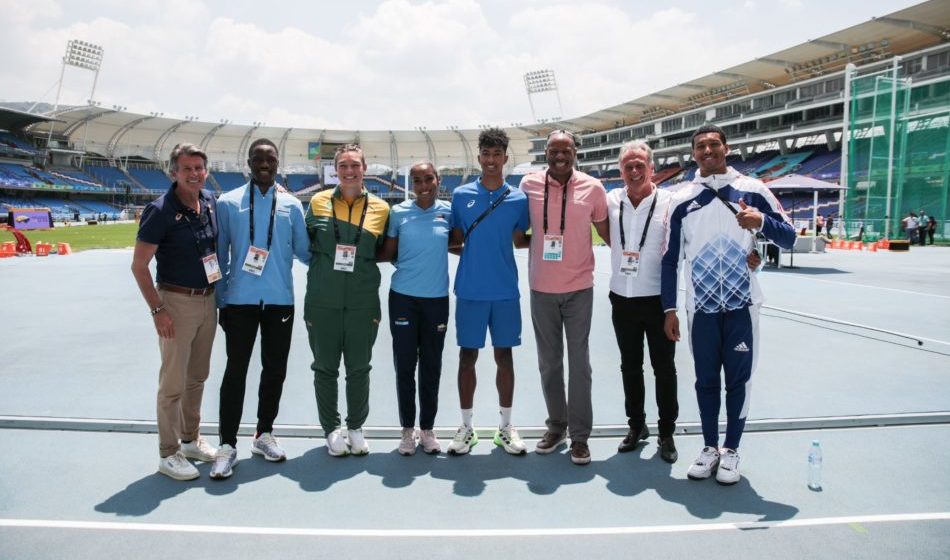 Since the inaugural event in Athens in 1986, the World Under-20 Championships has often provided the first glimpse of the athletics superstars of the future.

Bolt in fact won his junior 200m crown at only 15 years and 332 days old – which was a record at the time. However for every Bolt there are many others who struggle to fulfil their potential.

At those same championships in Kingston 20 years ago, for example, the winner of the under-20 women’s 200m title was Vernicha James. Britain’s only gold medallist at that particular championship, it sadly proved to be her final season in the sport.

Bolt, though, went on to win multiple global sprints titles, in addition to breaking world records. On the eve of the London 2012 Olympics when training in Twickenham, too, his eyes lit up when he saw AW’s magazine coverage of his 2002 World Under-20 Champs triumph and he asked if he could have a copy.

Sebastian Coe, president of World Athletics, is in no doubt as to how important the World Under-20 Championships is. Speaking in Eugene a few days ago, he said: “The most revealing audit of your sport is actually not in a way what we witnessed at the World Championships in Eugene – as fantastic as it was – but for me the litmus test is what’s going on at junior level.

“First of all you identify the talent and what it needs to make what I believe is the most difficult journey in coaching of taking a junior athlete from the junior ranks and into the senior ranks.

“This is the period when you have the toughest attrition rate. One of the sobering statistics is that the vast majority of athletes who we witness in Cali who will win medals will not even make it into their senior national teams two or three years down the road. These championships are really important.”

He continued: “We decided not to have the (world) under-18 championships because many federations and coaches felt it wasn’t a particularly useful test at that stage in the life of a competitor. But the junior (under-20) championships are really important and for me being in Cali and finding out what we can do in terms of resourcing (athletes and coaches) and supporting through World Athletics is really important.”

The 2022 World Under-20 Championships run from August 1-6 in Cali, Colombia. The city staged the World Under-18 Championships in 2015, where the winners included Sydney McLaughlin in the 400m hurdles and Mondo Duplantis in the pole vault, so it will be interesting to see who emerges from the forthcoming under-20 event in the same place.

Some of the 1500 athletes due to compete at the Pascual Guerrero Olympic Stadium this week were already in action in Eugene a few days ago. Letsile Tebogo, the Botswanan who improved his world under-20 100m record to 9.94 in Eugene, will defend his world under-20 title in Cali in addition to racing over 200m and 4x100m. 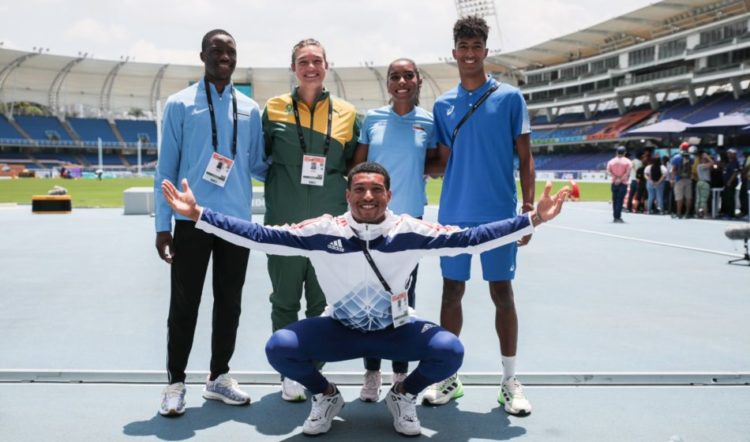 Another athlete with titles to defend in Cali is Mine de Klerk. The South African is reigning champion at shot put and also took the discus silver at the last championships and in Cali will be attempting the same throws double.

The British team includes Jeriel Quainoo, Success Eduan and Ethan Hussey among a 43-strong squad. The Brits did not compete at the last championships in Nairobi in 2021 due to the coronavirus but won three golds and seven medals in total at the 2018 championships in Tampere where sprinter Jona Efoloko, heptathlete Niamh Emerson and hammer thrower Jake Norris won titles.

“This will be a championships where fresh talent will be unearthed,” says Coe. “These championships have always been a cradle for talent.