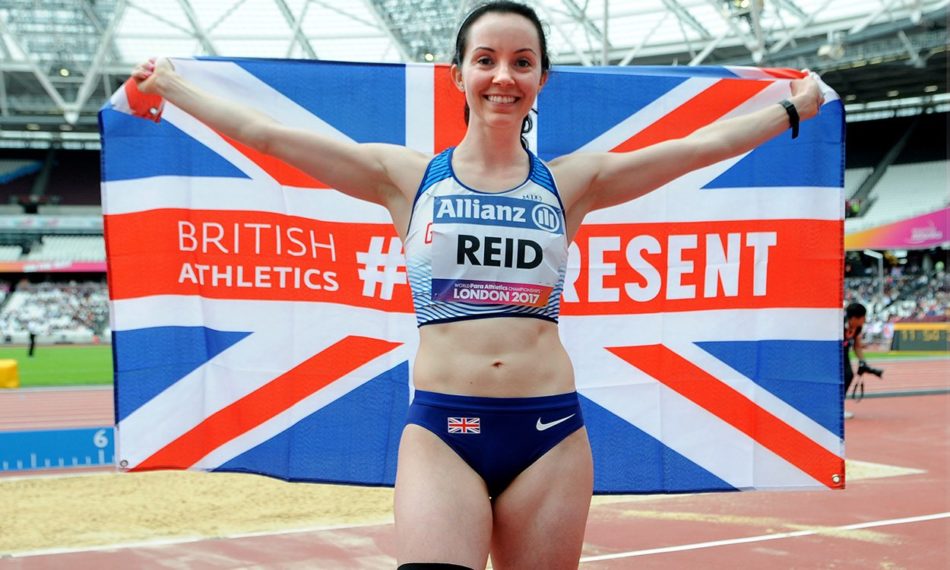 Stef Reid, who won three Paralympic medals in the 200m and long jump over a span of 12 years, has retired from athletics at the age of 37.

The New Zealand born athlete represented both Canada and Great Britain at the Paralympics, given her parents were both British but moved to Toronto when Reid was four.

At Beijing 2008, Reid claimed bronze for Canada in the T44 200m before she switched allegiance to Great Britain and picked up two silver medals in the F44 long jump at London 2012 and Rio 2016 respectively.

The other crowning moment in Reid’s career came in the Olympic Stadium at London 2017 when she became IPC world champion in the T44 long jump. She also won the gold medal at the 2014 IPC European Championships held in Swansea, in the same event.

A lot of the hard graft was put in at Lee Valley athletics centre in North London.

“It is with a very full heart that I’m retiring from athletics,” Reid posted on Twitter. “Although retirement feels like entirely the wrong word – I think evolution fits much better! It doesn’t feel like an ending or a beginning, but more like a redirection.

“I have loved every moment of my career! I feel so lucky not only to have lived my childhood dream of being an athlete, but to have had the full roller coaster of experiences: from medals and world records to struggles and failure. Obviously some experiences are more fun than others, but even when things weren’t going well, there was still nothing I would rather be doing!

“Away from the track, sport has led me to experiences I never dreamed of! Thank you Aston Moore for being a coach who believes in positive distractions. From visiting a leprosy hospital in Nepal, to walking the London Fashion Week Catwalk, from MasterChef to Dancing on Ice, from TedTalks to acting to forging new careers in broadcasting and motivational speaking, to meeting some of the most incredible people and teammates from all over the world and all walks of life – including my husband.

“I will never leave sport – I love it too much! I’m still skating and I’m having some fun with triathlon. I’m also really excited to grow my career as a broadcaster, motivational speaker, and executive coach. I’m up for anything and I’m excited to see how life evolves!

As she mentioned in her post, Reid also found fame on TV when she reached the semi-finals of Celebrity Masterchef in 2018, quarter-finals of the last series of Dancing On Ice and was also a pundit on Channel 4 for the recent Tokyo Paralympics. She also appeared on the cover of Vogue in 2013 in an advert for Debenhams – the first advert from a high street chain to feature disabled models.

Reid lost her right foot in a boating accident when she was 15. To save her life, due to the bleeding, Reid’s right leg was amputated in emergency surgery.

She also has a degree in biochemistry from a scholarship she got at Queen’s University.