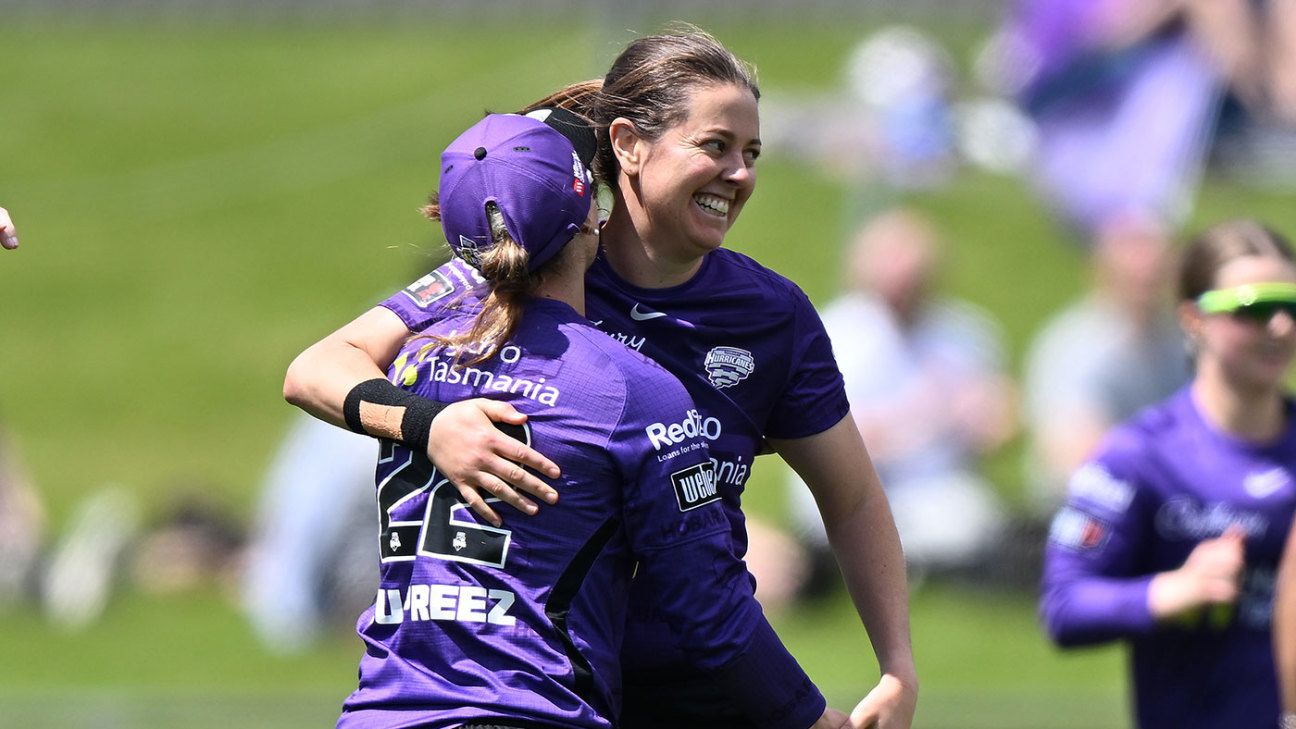 Renegades were dismissed for 80, the lowest complete innings score of this season’s competition. Hurricanes cruised to their small target at Blundstone Arena with 56 balls to spare, taking 10.4 overs.

The win lifted fifth-placed Hurricanes to within two points of Perth Scorchers in fourth and they having a game in hand. Hurricanes have the best net run rate of any of the eight teams.

Spinner Strano spearheaded the Hurricanes bowling efforts as they dismissed the Renegades in 17.2 overs. Her haul lifted her WBBL career tally to 131, one ahead of Brisbane Heat spinner Jess Jonassen.

“It does not drive me, it actually sits better with me when JJ is at the top of the table because she is more skilful than I am,” Strano told Fox Sports.

Strano hinted she may have been a trifle fortunate to get one wicket as Josie Dooley was given out lbw after appearing to hit the ball with the bottom edge of her bat.

“You can probably call it a half-hearted appeal, just a very polite inquiry,” Strano said.

The heavy loss dropped Renegades back to last spot on net run rate below Sydney Thunder, who they beat on Sunday.

Only Courtney Webb and Hayley Matthews provided any resistance against Hurricanes’ battery of spinners and medium pacers. Captain Sophie Molineux was the only other double-digit scorer for Renegades but her dismissal from a catch off a miscued shot triggered a collapse.

Their last seven wickets fell for 34 and they had a disastrous powerplay, losing 3 for 3.

Elyse Villani, who had scored just 56 runs from her six previous WBBL innings, returned to form in making a season-high unbeaten 41 off 34 balls.