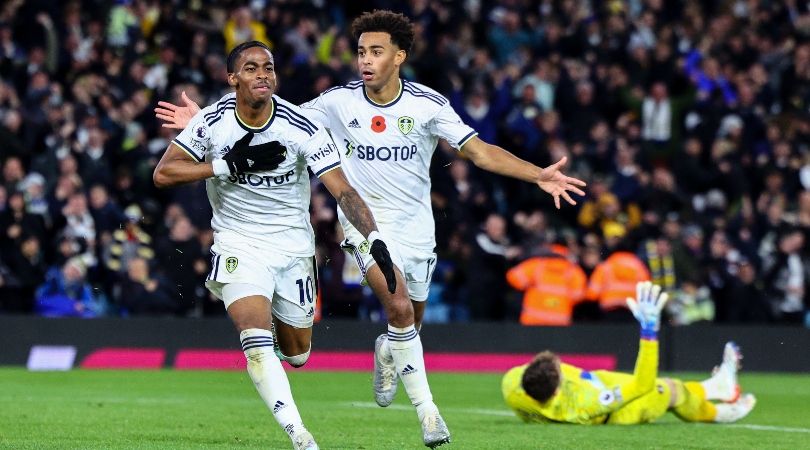 Crysencio Summerville was the hero for Leeds United again as the Whites came from 3-1 down to beat Bournemouth 4-3 at Elland Road on Saturday.

Summerville hit a late winner for Leeds against Liverpool at Anfield last weekend and the 21-year-old Dutch winger came up with another big goal to break the Cherries’ hearts this time around.

Rodrigo Moreno gave Leeds an early advantage from the penalty spot after just three minutes, but Bournemouth went in 2-1 up after goals from Marcus Tavernier and Philip Billing.

And the south-coast club added another just three minutes into the second half as Dominic Solanke made it 3-1 to the visitors.

Bournemouth had been 2-0 up around that time at home to Tottenham last weekend, only to end up losing 3-2 to Antonio Conte’s side.

Unfortunately for the Cherries, history repeated itself here as Leeds mounted an extraordinary comeback of their own.

Sam Greenwood pulled one back for Jesse Marsch’s men on the hour and the midfielder then assisted Liam Cooper for Leeds’ leveller eight minutes after that.

And it was Summerville who completed the comeback with the winner after 84 minutes to give Leeds another morale-boosting win – their fourth victory this season – and lifted the Whites to 12th in the table.

For Bournemouth, it was another desperately disappointing defeat from a winning position, but the Cherries are still above the drop zone in 15th place.