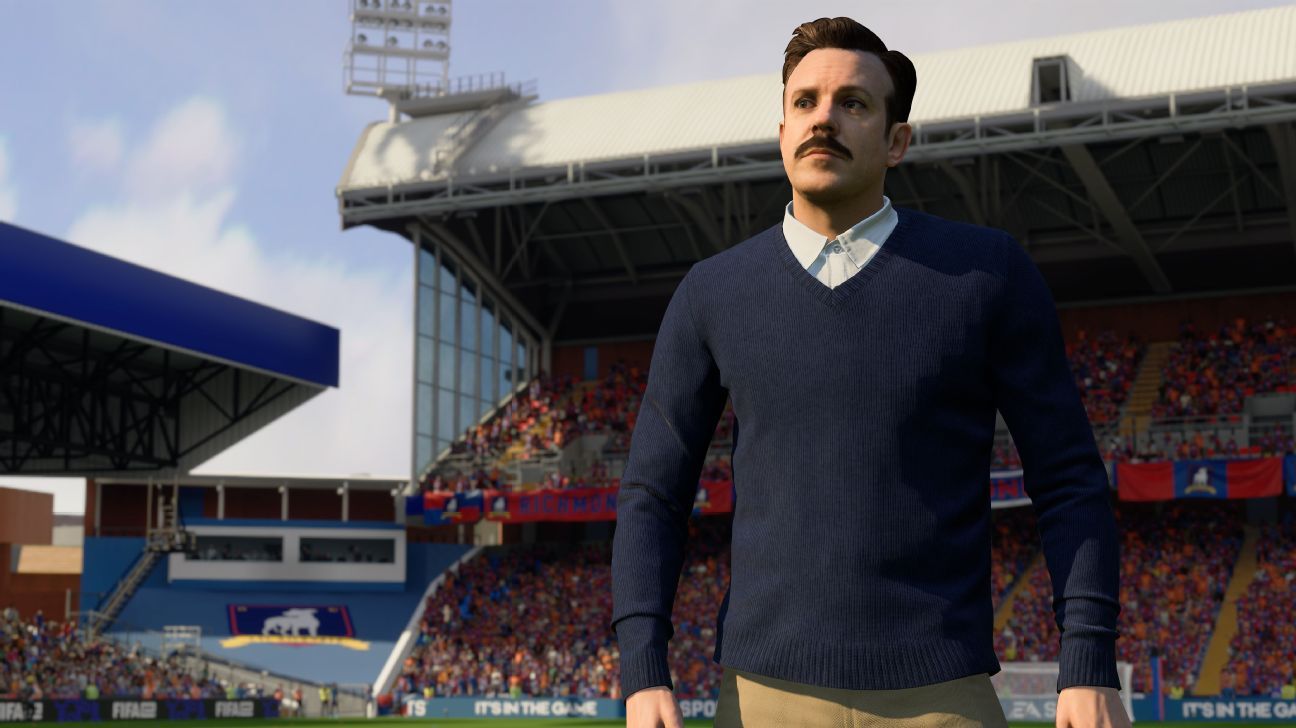 Countries go all out to motivate their fan bases and players whenever the World Cup rolls around. From big, elaborate roster announcements to viral advertisements and more, these stunts are about making sure the fans connect with those players and that team, rousing support from them, and giving the players an extra boost by reminding them who they’re representing and seeing that support.

The United States men’s national team has decided to go about this by buying space on several billboards and writing messages to several players, addressed to them by fictional do-gooder and soccer coach Ted Lasso. Yes, the American mustache guy.

Placed in the hometowns of different USMNT players heading to the World Cup, the messages are written in the voice of Lasso, complete with a Comic Sans-esque font that matches Lasso’s general disposition, and phrases like “the only bean that’s too big to fit up your nose” and “Best Greggards.” A few have been found in different corners of the United States at this point, all of them individually congratulating USMNT players and their accomplishment.

We just have one big question about these billboards: Who exactly are they for?

Are they congratulating the players? Do they actually think this is cool? When Matt Turner reads a big sign in New Jersey about how Ted Lasso (who, again, is not a real guy!) “got real good at aiming cookies into my face hole,” is that just really going to amp him up? Is he going to go into the match against Wales with nothing but pure shot-stopping energy flowing through his veins because someone hung this sign up on the side of a strip mall in Park Ridge? How many DMs and texts is Luca de la Torre going to receive for the rest of his life that sign off with “Best of Luca”?

There’s also the possibility that the billboards are more for the fans, and trying to garner some non-traditional soccer support for the USMNT players by establishing their connections within their communities. I imagine that the majority of Chicagoans, for instance, do not know who Gregg Berhalter is. At the very least, littering a billboard with as many G’s as possible might induce a few people to Google the guy.

At the end of the day, it doesn’t feel like the billboards really succeed at amping up the team or the fans. The only thing they’re successful at marketing is an Apple TV show that has a third and most likely final season to promote. Like most things Lasso, this campaign is most likely done with a decent level of sincerity. Star Jason Sudeikis and right-hand man Brendan Hunt have spent their Lasso heyday going to many soccer games around the country and seem genuine in their appreciation for the sport, as well as their fandom of the United States teams. But also like most things Lasso, it’s all still a show. And the show needs to make money.

The entire project is hokey at best and cynical at worst, which feels appropriate for Ted Lasso at this point. The show is fun, and the writer of this piece legitimately enjoyed much of it. The writing is funny and the performances are solid, but much like most shows and movements that achieve a certain level of unilateral popularity, the Lasso-fication of everything soccer in the United States has become its own brand of annoying. A character originally created as a joke playing on how Americans don’t know anything about soccer getting his own show that is partly about him learning about soccer and subsequently becoming the de facto brand of the actual, real-life United States men’s soccer team is a parody beyond anything that the writers of the original Ted Lasso commercials could have conceived.

It may be that the billboards signal an end to the American soccer obsession with being taken seriously as a country that is knowledgeable and “proper” when it comes to “footballing nations.” If that’s the case, it’s a welcome sight. Most of us still call it soccer. We have whacky club names compared to many other countries around the world. We like to have fun. That’s all fine.

But it’s difficult to see the Ted Lasso billboards and do anything other than cringe. This is the World Cup we’re talking about. Regardless of whether Americans want to be “taken seriously” on an individual level, everyone still wants to win. There’s an intensity to the tournament that very few others can come close to replicating, and getting a message from Ted Lasso on a billboard in your hometown just doesn’t match up. The likelihood of the USMNT going out in the group stage and Twitter (should it still exist) lighting up with tweets using the word “Gregggcellent” seems astronomically high.

Hopefully, American players can take the billboards at face value and move along like any professional athlete should be able to. Goldfish mentality, as Lasso would put it. They’re going to have to take plenty of jokes along the way, however. Hopefully the performance at the World Cup was worth the price of the mustache.