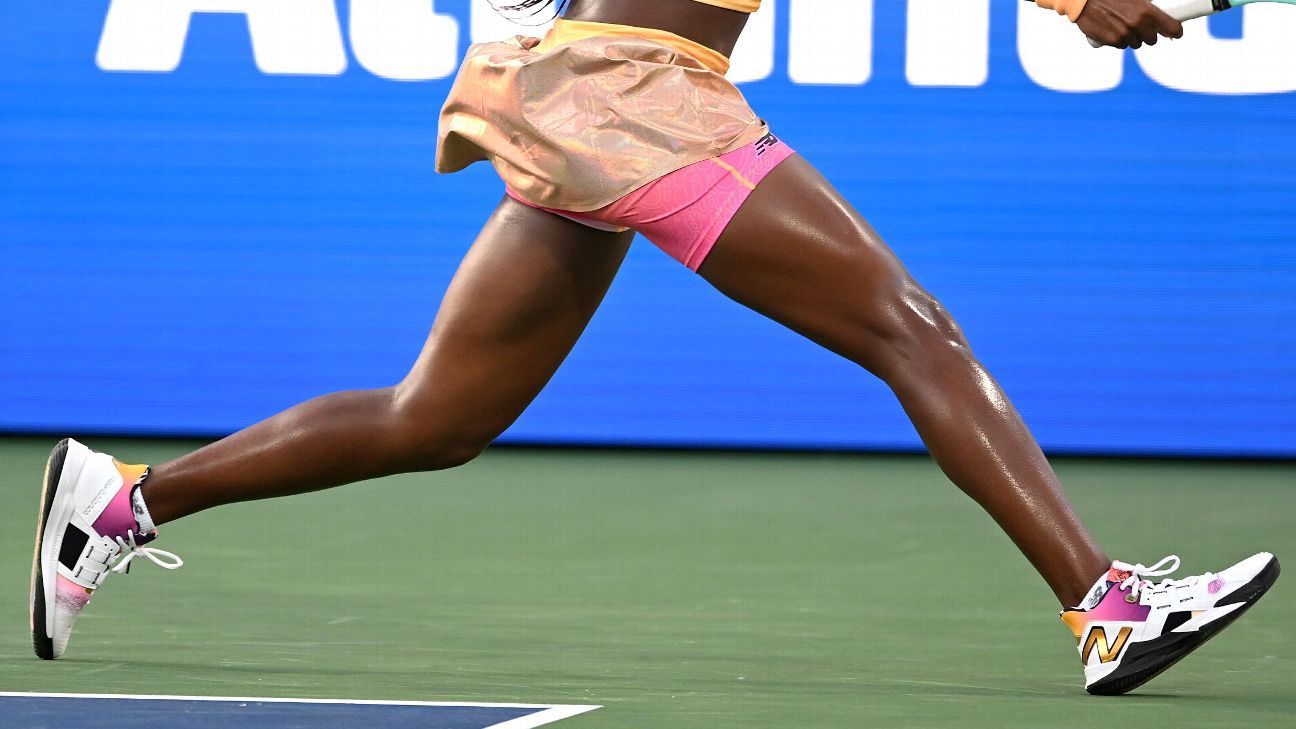 When tennis star Coco Gauff took the court for an exhibition match in Atlanta over the weekend, she laced up a sneaker that placed her in rarefied air amongst her peers. With the debut of a bright purple, pink and orange pair of New Balances, Gauff unveiled her first signature shoe with the company that signed her at 14 years old, the Coco CG1.

“The entire team at New Balance from design, to marketing, truly cares about me as a person and not just an athlete,” Gauff said in a statement. “And that relationship allowed us to create the Coco CG1.”

The shoes will launch Aug. 26 and are priced at $170, with two colorways, dubbed “Pompey” and “DigiCoco,” officially confirmed by New Balance. The “Pompey” pair features a gradient fade along the collar and draws inspiration from the Pompey Park tennis courts in Gauff’s hometown of Delray Beach, Florida, where her father, Corey, first taught her the game at a young age.

Her dad’s mantra — “You can change the world with your racket” — is on the right toe of the shoe. The left toe places the coordinates of Pompey Park along the rubber.

With a cross-training-informed mid-cut height and a mix of materials throughout, the design also incorporates her signature on the tongue and on the gold-colored collar-lacing eyelet.

“The Coco CG1 is a vintage looking shoe with a modern twist,” she added of the ’90s design inspiration. “I am so excited to get this in stores and see how people style it!”

In tennis, longtime icon Serena Williams has launched signature collections with Nike and Puma in years past, but Gauff stands as the only current tennis player to be releasing a current signature design.

In basketball, only 10 WNBA players have released their own signature shoe, with Seattle Storm forward Breanna Stewart recently debuting her Puma Stewie 1s during All-Star Weekend in Chicago, marking the first women’s signature basketball shoe in a decade.

At New Balance, Gauff joins a select list of fellow endorsers with their own signature shoes, alongside track and field star Sydney McLaughlin and softball standout Sierra Romero.

“I signed with New Balance at such a young age,” Gauff said. “And I am so excited to know that I will continue to work with them for a long time into the future.”