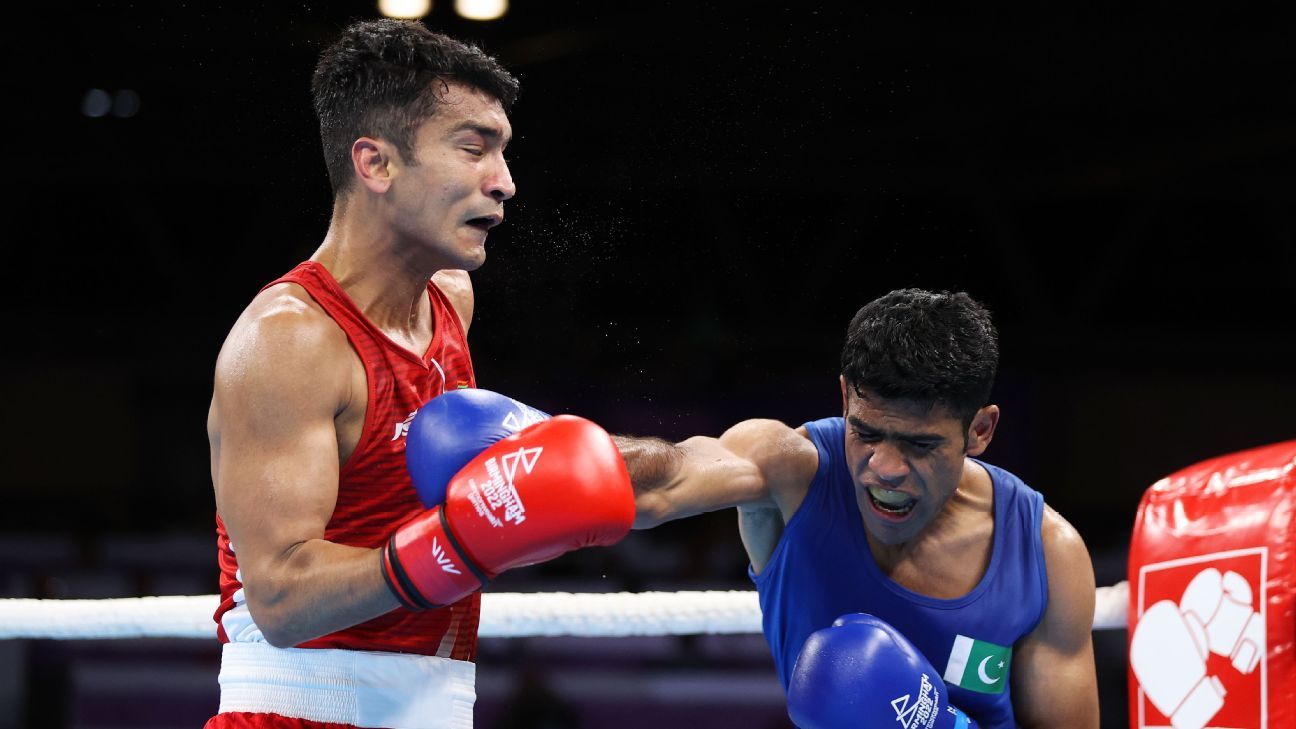 Shiva Thapa bounced into the ring to the tune of 50 Cent’s In Da Club. It’s a banger of a track, and Thapa’s a banger of a boxer. Perfect match, then. His opponent, Pakistan’s Suleman Baloch strolled out with a far more studious look, and a more sombre tune (one this writer couldn’t place).

As the match started, to a low whoop of appreciation from a sparse crowd, you couldn’t but think of the pressure Thapa must have been under. He’s been handling it all his career: Now 28, he started his career on fire, becoming the youngest Indian to qualify for an Olympics. The resume is impressive – just the third Indian to win an Asian championship gold, three Olympic appearances, a Worlds bronze, two Asian silvers and two bronzes – but there’s something missing. A medal at a proper multi-sport event.

He started attempt no 2 at the Commonwealth Games with relative ease, his restless energy too much for Baloch. The relative muted atmosphere in the arena amplified the volume of the physical contest unfolding in the ring. A lovely combination from Baloch echoed around the arena. A ridiculously fast left arm jab from Thapa sounded almost inhumanly painful.

None of it mattered, though. As the match wore on, Thapa started getting ever more aggressive, pounding faster and harder the more his opponent tired. He’d finished ninth in 2014, and he seemed determined not to repeat that. He floated around the ring, ducking in and out of punches, closing in with absurd speed, finishing moves ruthlessly. It was violent poetry, this. A quick combo to end the fight, and the result was what everyone could see (unlike sometimes in this sport). Unanimous. 5-0. A quiet hug in the middle after the ruling, a whisper of kind encouragement to Baloch, and Thapa was done.

After the match, his coach Narendra Rana would say that he had been taking it easy. “No injury, there are four more bouts to go,” he said. Thapa was not being aggressive (even if it may have appeared so to the layman), and Rana reiterated something all his coaches have always said over the past decade and more – this is an intelligent boxer, and it’s his tactical astuteness that won him the match. “The opponent was…I shouldn’t say that he wasn’t up to Shiva’s standard, but he struggled, and Shiva played technically. It’s because he has a big aim, for the final, for the gold medal, so, he had to stay away from injury and not put unnecessary effort.”

Shiva Thapa after entering the Round of 16 pic.twitter.com/3kuJEkozbE

Thapa, though, looked exhausted, sweat drenching his frame. He may have made it look effortless but that sight was tangible proof: Making something look easy is never easy. He spoke about the pressure of expectations he faces every time he sets foot in a ring, but dismissed it with what essentially added up to ‘Pshaw! Mate. This is what elite athletes do day in, day out.’ “Pressure is what motivates me,” he said. “It’s a very individual thing. I’m sure sometimes pressure works, and then what happens is you know you have the responsibility because we are elite athletes here representing our country and definitely we are hoping to win a gold medal.”

He’s very much out here to prove he’s as elite as he had always promised he would become.

Onwards he goes now in Birmingham, his next fight tomorrow in the round-of-16. He wants to make sure that’s just a temporary stop en route the ultimate prize.