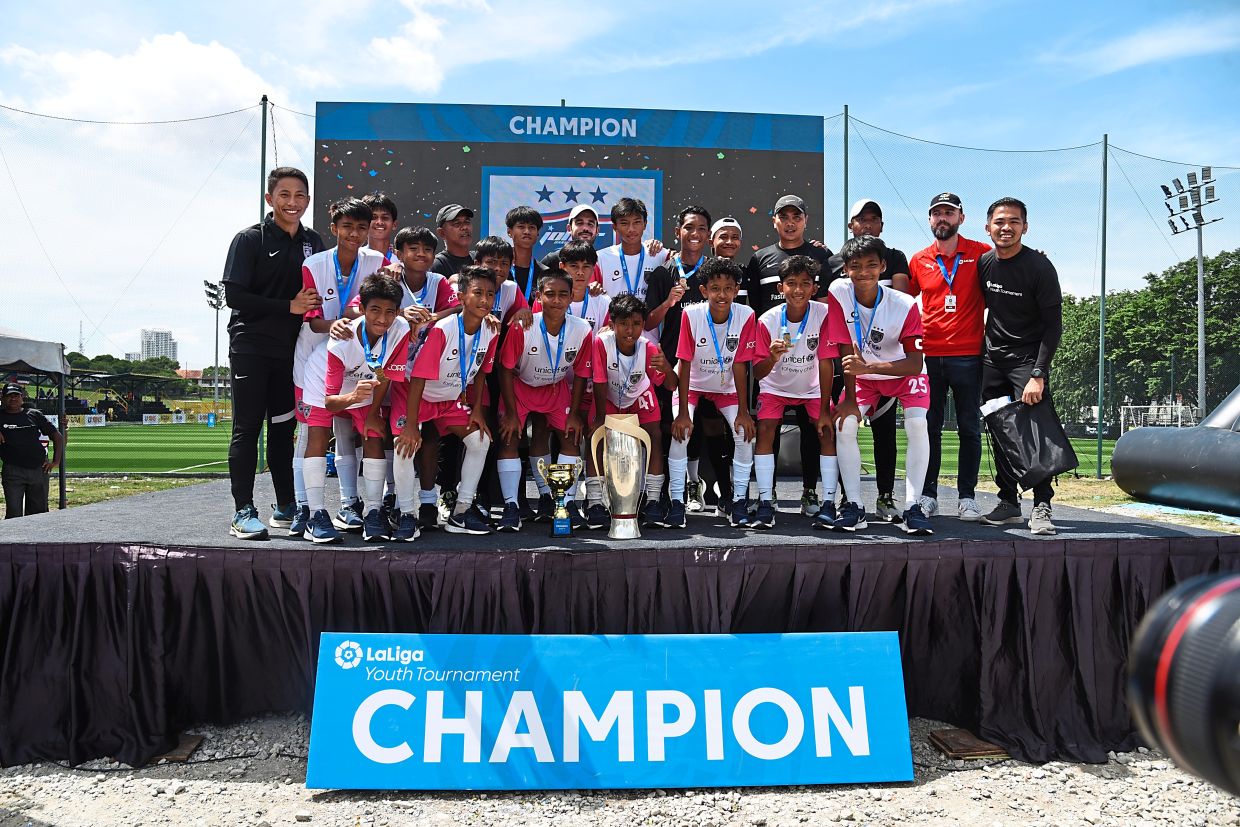 PETALING JAYA: Three clubs from Malaysia proved their worth at the La Liga Youth Tournament 2022 recently.

Akademi Wira Muda, United Malaysia and Johor Darul Ta’zim (JDT) won in the Under-10, Under-12 and Under-14 categories respectively.

Thailand’s Chiangmai FC took the Under-16 title while Laos’ Mazda GB FC grabbed the under-eight crown. The other country that took part was the Philippines.

The tournament was held at Kopa Arena, Universiti Sains Malaysia in Penang from July 23-24.

Organised by La Liga and Sambill Park, 50 teams which consist of 630 players from four countries competed in the tournament that have become one of the most important grassroots football competitions in Asia.

“We are looking to provide a platform for young Asian players to achieve their dream and enjoy an exciting experience with La Liga,” said Daniel Wong, the managing director of Sambill Park.

The tournament’s best player award went to JDT’s Under-14 player Muhd Izham Aiman. Izham will now get to participate in one of the La Liga camps at the ESC La Liga centre in Madrid.

“Through this tournament, we have managed to ensure that the main protagonists, the players, enjoy themselves, compete and show off their skills.

“We look forward to the next edition and will continue to look for opportunities to bring La Liga to young players and fans in South-East Asia,” said Adrian Prol, the La Liga delegate in Malaysia.