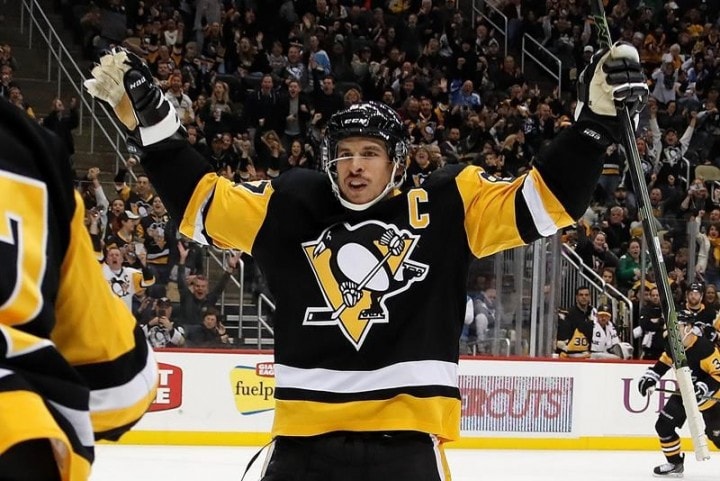 The Pittsburgh Penguins changed the future of their franchise on this date by selecting a generational talent. There were also three retirements on July 30, including two soon-to-be members of the Hockey Hall of Fame. The THW time machine has a full tank of fuel and is ready to take us back through the decades.

The lockout of 2004-05 caused a postponement of the 2005 National Hockey League Entry Draft. The league’s 30 teams got together in Ottawa, on July 30, 2005, with the Penguins holding the first overall pick. They used it to alter their franchise by selecting Sidney Crosby out of the Quebec Major Junior Hockey League (QMJHL).

A Trio of Retirements

A pair of veterans stepped away from the game on July 30, 1998. Defenseman Kevin Lowe officially announced his retirement after playing in 1,254 games with the Edmonton Oilers and Rangers. He won five Stanley Cups with the Oilers between 1984 and 1990. He won a sixth championship with the Rangers in 1994. He will be inducted into the Hockey Hall of Fame this year.

Lowe immediately began his coaching career by joining the Oilers’ staff as an assistant. He took over as head coach in 1999 before being promoted to general manager in 2000. He held on to that position until he was promoted to President of Hockey Operations during the 2008-09 season.

Veteran goaltender Kelly Hrudey also retired on this date. He won 271 career games over 15 seasons with the New York Islanders, Kings, and Sharks. He was the Kings starting netminder during their run to the 1993 Stanley Cup Final.

Exactly 20 years later, on July 30, 2018, Jarome Iginla called it a career after 1,554 games in the NHL. Iginla was originally drafted by the Stars with the 11th overall pick of the 1995 NHL Entry Draft. He was traded to the Calgary Flames in a deal for Joe Nieuwendyk six months after being drafted.

Iginla became the franchise’s all-time leader with 525 goals and 1,095 points, serving as captain for 10 seasons. After playing 1,219 games for the Flames, he is traded to the Penguins at the 2013 trade deadline. He also had short stints with the Bruins, Avalanche, and Kings. At the time of his retirement, he scored 625 goals and 1,300 points in 1,554 games. He will be part of the 2020/21 Hockey Hall of Fame induction class with Lowe.

On July 30, 1936, the Canadiens named Cecil Hart as their new head coach, replacing Sylvio Mantha. This was Hart’s second term as the Canadiens’ head coach. He was behind the bench from 1926 until 1932 and won back-to-back Stanley Cups in 1930 and 1931. Hart’s second stint was not as successful as he was let go midway through the 1938-39 season. If the name sounds familiar, Cecil’s father, David, donated the Hart Trophy to the league.

The Buffalo Sabres announced, on July 30, 1993, that head coach John Muckler would be adding general manager to his job title. He took over for Gerry Meehan, who was promoted to Executive Vice President of Sports Operations. Muckler pulled double duty through the 1994-95 season before stepping down as head coach to focus on his front-office job. He was fired in the offseason of 1997, shortly after being named “NHL Executive of the Year” by The Sporting News.

The Detroit Red Wings signed veteran Ray Whitney on July 30, 2003. He had led the Columbus Blue Jackets in scoring the previous season with 76 points. Whitney spent just one season with the Red Wings, scoring 14 goals and 43 points in 67 games. He signed with the Carolina Hurricanes the following summer, where he won a Stanley Cup in 2006.

There were 18 current and former NHL players born on this date and one former owner.

Harold Ballard was born on July 30, 1903, in Toronto, Ontario. Ballard began his relationship with the Maple Leafs, in 1957, by joining a committee that oversaw hockey operations after Conn Smythe stepped down as general manager.

In 1961, he was part of a consortium that bought most of Smythe’s shares in Maple Leafs Gardens Ltd., making him part-owner of the team and their arena. After a legal battle, he became the majority owner in February of 1972 and remained in that role until he died in 1990.

Markus Naslund had, by far, the best career of this group. Born in Ornskoldsvik, Sweden, on July 30, 1973, he was drafted by the Penguins in the first round of the 1991 NHL Entry Draft. He spent the majority of his career with the Vancouver Canucks before one final season with the Rangers in 2008-09.