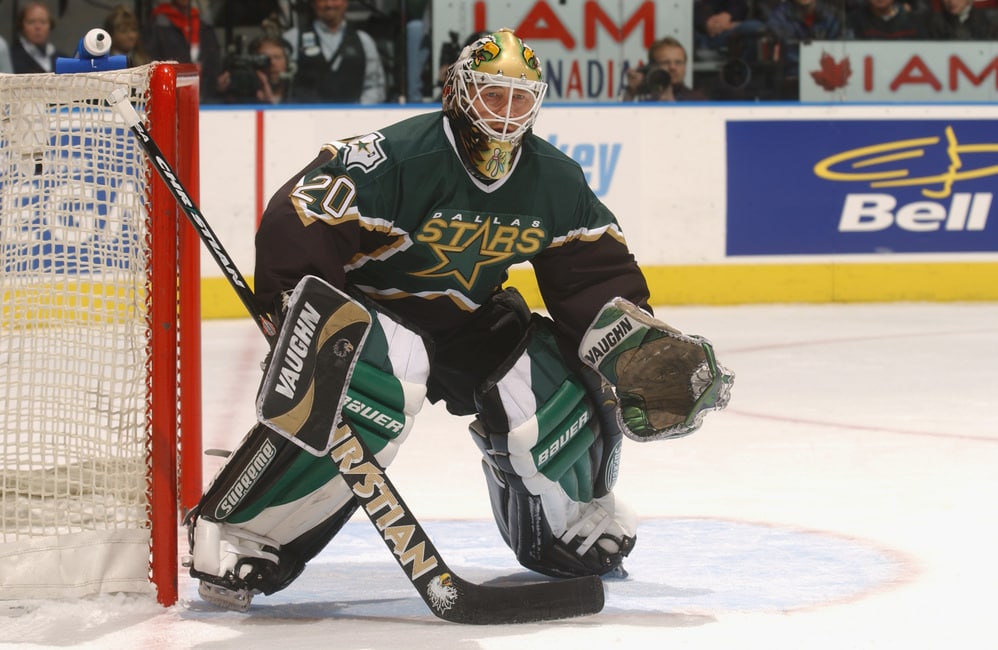 There was a trio of Stanley Cup Final games played on this date with one providing and huge upset and another extending the season for one last game. Also, an Entry Draft took place on June 17 that brought some big names and future Hall of Famers into the National Hockey League.

On June 17, 1995, the Detroit Red Wings hosted the New Jersey Devils in the opening game of the Stanley Cup Final. The Red Wings won the Presidents’ Trophy after going 33-11-4 during the lockout-shorten regular season, while the Devils earned the fifth seed in the Eastern Conference. Scotty Bowman became the first coach to ever lead four different teams to the Final and this was the first trip to the championship series in the Devils’ franchise history.

The Red Wings entered the Final as heavy favorites on paper, but the Devils reminded all of us that the games were played on the ice and not on paper. The Devils stunned the capacity crowd at the Joe Louis Arena with a 2-1 win. Stephane Richer scored a power-play goal in the second period before Claude Lemieux beat Mike Vernon for the game-winning goal early in the final frame.

The Devils held the Red Wings to just 17 shots on goal, with Martin Brodeur’s only blemish being a second-period power-play goal against by Dino Ciccarelli. New Jersey set a single-season NHL record with their ninth road win of the 1995 playoffs.

The Dallas Stars beat the Buffalo Sabres 2-0, on June 17, 1999, in Game 5 of the Stanley Cup Final. Goaltender Ed Belfour stopped all 23 shots he faced to pick up his third shutout of the 1999 playoffs and the seventh of his career.

Defenseman Darryl Sydor’s goal just 2:23 into the game holds up to be the game-winner. Pat Verbeek added an insurance goal late in the game to give the Stars a 3-2 lead in the series, putting them just one victory away from their first Stanley Cup in franchise history. Mike Modano assisted on both Dallas goals. Ken Hitchcock became the winningest coach in Stars playoff history, with his 27th postseason victory.

Oilers Take it to the Limit

The Edmonton Oilers fought off elimination and extended the season one last game, on June 17, 2006, with a 4-0 win over the Carolina Hurricanes, in Game 6 of the Stanley Cup Final. Game 5 hero Fernando Pisani gave the Oilers a 1-0 lead early in the second period for his second game-winning goal in as many games. Raffi Torres, Ryan Smyth and Shawn Horcoff all add goals for Edmonton.

Hurricanes forward Erik Cole returned to the lineup after breaking a vertebra on March 4. His return does very little to spark the offense as Carolina is held to just 16 shots on goal. Goaltender Jussi Markkanen stopped of them to earn the one and only shutout of his playoff career.

Bloomington, Minnesota hosted the NHL Entry Draft on June 17, 1989. The Quebec Nordiques made history by using the first overall pick to select Swedish center Mats Sundin. He became the first European-born player to be the first pick of an NHL draft. Sundin scored 135 goals and 334 points in 324 games, over four seasons, with the Nordiques. He was traded to the Toronto Maple Leafs in 1994, where he played 13 seasons before ending his Hall of Fame career in one final season with the Vancouver Canucks.

On June 17, 1969, the New York Rangers acquired Hall of Fame goaltender Terry Sawchuk from the Red Wings, in exchange for forward Larry Jeffery. Sawchuk appeared in eight games for the Rangers during the 1969-70 season, his final in the NHL. Jeffery, who started his career in Detroit, never played for the Red Wings after the trade. He suffered a career-ending leg injury in a car accident just a few days prior to the start of the season.

The Montreal Canadiens traded goaltender Wayne Thomas to the Maple Leafs, on June 17, 1975, in exchange for Toronto’s first-round pick in the 1976 Amateur Draft. Thomas won 38 games in two seasons with the Maple Leafs. He was claimed off of waivers by the Rangers at the start of the 1977-78 season. The Canadiens used the draft pick in 1976 to draft Peter Lee who was traded to the Pittsburgh Penguins before ever playing in Montreal.

The Maple Leafs fired coach Red Kelly on June 17, 1977. Kelly spent four seasons behind the bench in Toronto. He made the playoffs in all four seasons but never got out of the first round. One month later, Roger Neilson was named as his replacement.

In addition to the draft, there were plenty of trades made on June 17, 1989. The most significant saw the Whalers trade former second-overall pick (1983), Sylvain Turgeon, to the Devils, in exchange for Verbeek. Turgeon scored 30 goals in his lone season with New Jersey before being traded to the Canadiens for Lemieux. Verbeek scored 192 goals and 402 points in 433 games with the Whalers before being shipped to the Rangers at the 1995 NHL trade deadline.

On June 17, 1990, Gilbert Perreault, Bill Barber and Fern Flaman were named as the newest members of the Hockey Hall of Fame. Bud Poile was also added as a builder.

The Jets hired John Paddock as their new head coach, on June 17, 1991, replacing Bob Murdoch, who had been fired April 1. Paddock took the Jets to the Stanley Cup playoffs in each of his first two seasons, but lost in the first round both times. He was let go 35 games into 1994-95 season.

Brayden Point became the first Tampa Bay Lightning player to score in six straight playoff games, and the first in the NHL since Martin Havlat with the Ottawa Senators in 2006 when he potted his 11th of the postseason on June 17, 2021, in a 2-1 victory in Game 3 of the Eastern Conference Final. The goal was also his 33rd overall, tying Martin St. Louis for third in franchise history. He has since surpassed that and is now fourth behind Steven Stamkos (41), Ondrej Palat (46) and Nikita Kucherov (51) with 38 (as of June 17, 2022).