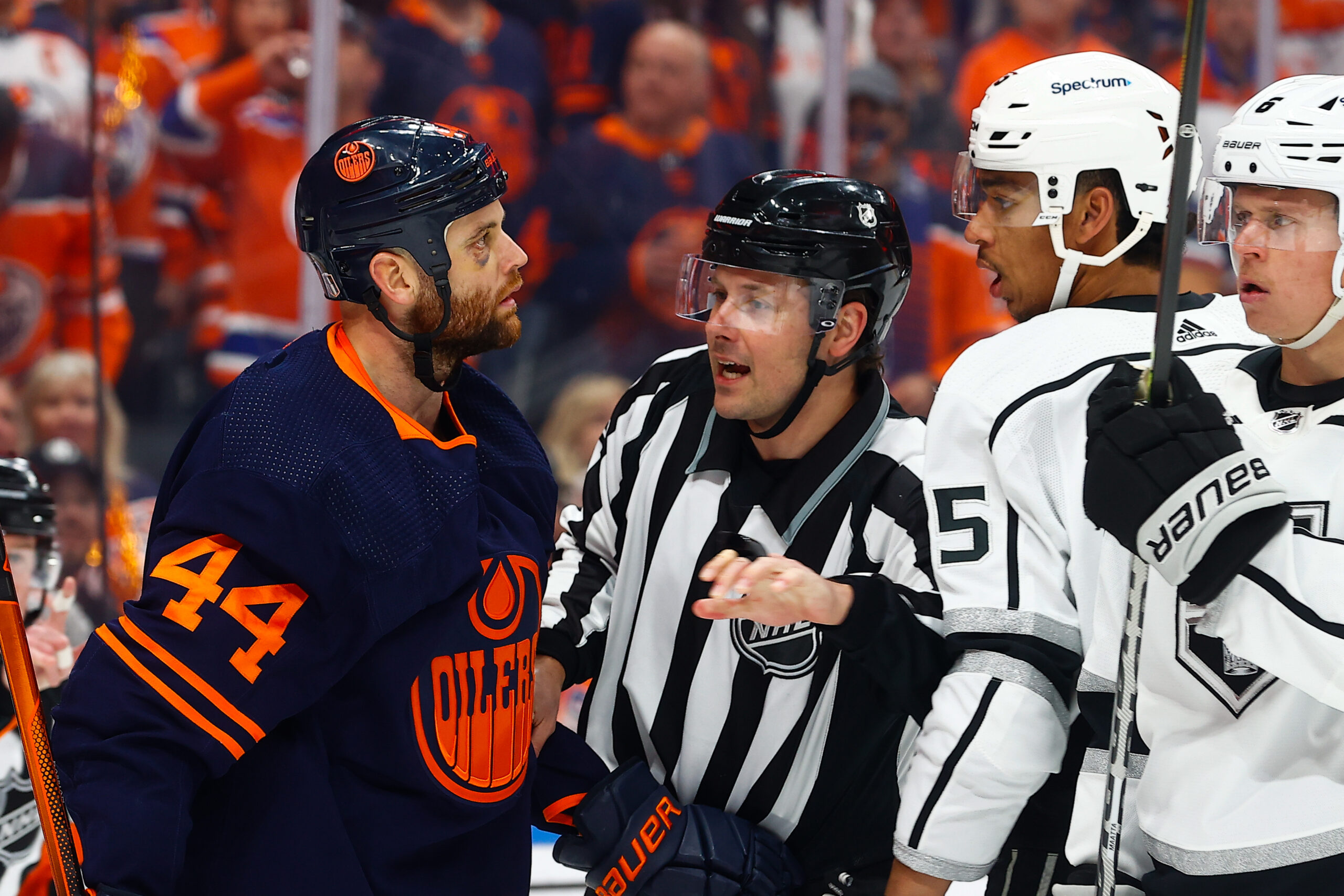 The NHL buyout period will now be until 48 hours after the conclusion of the Stanley Cup Final. This will likely be an active time for some teams, especially with the salary cap rising by $1 million for the first time in four seasons. There were eight players bought out in the first buyout window last season. Here’s a look at the top-five buyout candidates for this offseason.

The Boston Bruins will be in an odd situation to start next season as Brad Marchand, Charlie McAvoy, and Matt Grzelcyk all underwent surgery and are expected to miss a significant portion of the season. If they are back in December, it will be a tough mountain to climb if the team can’t stay afloat.

In order to maintain a competitive team, the Bruins may have to clear out some more cap space. There may not be very many seasons left for their core group, so management will be looking to do whatever it takes to win and make the playoffs now.

Nick Foligno is the most obvious of the Bruins to be bought out, as he has a $3.8 million cap hit for one more season. He plays fourth-line minutes at best, and his best years are behind him at age 34. He scored the fewest number of goals in his career (two), fewest points, and averaged the least amount of ice time since his rookie season in 2007-08. Per CapFriendly.com, a Foligno buyout would save the Bruins $1.867 million next season but cost them $933,334 in 2023-24. If the team thinks they are going to be competitive and need the cap space, he is a prime buyout target for the offseason.

Vancouver Canucks President, Jim Rutherford, was not pleased with his locker room and called it “a country club.” Changes are surely coming, with trade rumors involving everyone but Thatcher Demko, Elias Pettersson, and Quinn Hughes. Trades are not the only way the Canucks can change things up on their roster, as Jason Dickinson is a prime candidate to be bought out to create more cap space.

Nick Kypreos of Sportsnet joined The Bob McCown Podcast last week to discuss the Canucks and said, “He doesn’t like the room, guys…he’s gonna change it up…so there’s gonna be a different look, within six months, with this team.” Frank Seravalli stated the Canucks are not in any position to be giving away assets to move more bad contracts since the team has only made one selection in the top-80 in the previous two drafts, despite missing the playoffs in each.

Dickinson will be 27 years old by the time next season rolls around and wasn’t very productive for the Canucks. He scored just five goals and 11 points in 62 games and, despite playing on the first penalty-killing unit, wasn’t very effective overall. His cap hit is $2.65 million for two more seasons, but the team will be able to save nearly $2 million by buying out his contract.

The Canucks will also be able to save $1.708 million in 2022-23 and $2.258 million in 2023-24 before being dinged with nearly $1 million for the following two seasons. They will likely go the route of a buyout if they have to give up assets to clear Dickinson from their roster.

Matt Murray’s time with the Ottawa Senators seems all but over at this point, as he spent part of last season in the AHL (American Hockey League) and hasn’t lived up to his $6.25 million AAV (average annual value). He still has two years remaining on his deal and has a 10-team no-trade clause, which I assume he wouldn’t be very picky about if it means he can stay in the NHL. It will be extremely difficult for the Senators to trade Murray due to the assets they will have to send the other way as well, so a buyout seems the most likely option.

The Senators have more than enough talent within their organization to handle goaltending duties next season; they re-signed Anton Forsberg and have up-and-comers Filip Gustavsson and Mads Sogaard on their way. Murray has struggled in three consecutive seasons and finished this season with a 3.05 GAA (goals-against average) and .906 SV% (save percentage) after starting the season 0-5-0.

His buyout will cost the team $2.5 million per season for the following four seasons, rather than a $6.25 million cap hit for the next two. The move makes sense if the Senators are planning on coming out of their rebuild next season, but if they’re not, burying Murray while their other goaltenders have a cheap overall cap hit isn’t the worst idea.

The St. Louis Blues are up against the cap and will likely have to let a couple of their impactful free agents hit the open market. To limit the bleeding and to help free up space for signings next season as well, they will likely have to buy out the contract of Marco Scandella.

Though Scandella isn’t a bad defenseman, the Blues just don’t need or have room for him anymore, given his cost and the emergence of their young talent. He has a cap hit of $3.275 million for the following two seasons, and though he is the fourth-highest paid defenseman on the team, Robert Bortuzzo, Scott Perunovich, Calle Rosen, and Niko Mikkola can fill the hole just fine for less cost.

The Blues have to re-sign two RFAs (restricted free agents) this offseason and eight players next offseason. They will save a much-needed $2.708 million next season and $1.858 the following season by buying out the 32-year-old’s contract before receiving a cap penalty of just over $1 million for two seasons after that. It may be difficult for the Blues to trade Scandella and his contract, but if they decide to try to move him, it will be to a non-contender to add a veteran presence and eat up minutes for very little in return.

The number one buyout candidate this offseason is Zack Kassian. His contract was questionable to begin with, he can’t seem to stay healthy, and when he is, it’s a guessing game as to which version we will see of him on the ice. Will it be the wrecking ball hitting everything in sight, or will he be invisible and play very few minutes? He does tend to step up his game in the playoffs, and his style of play suits the rough game, but many wouldn’t think that is worth his $3.2 million cap hit for two more seasons.

The big reason he is likely done in Edmonton is due to the many moves the Oilers are likely to try and make this offseason. They have to re-sign RFAs Kailer Yamamoto, Jesse Puljujarvi, and Ryan McLeod while expressing interest in bringing back UFAs (unrestricted free agents) Evander Kane and Brett Kulak. The team also has a massive need in goal and must bring in an actual starter to help get them over the hump.

Kassian played fourth-line minutes at best, and the Oilers now have Dylan Holloway, who has finally made the jump to the NHL, as well as a few others on their way. The team will be able to save $2.533 million next season and $1.333 million in 2023-24, which will be a huge help in keeping a few of their players around and upgrading. The Oilers can’t continue to pay depth players too much money for little impact when they have some of the best players in the world trying to win a Stanley Cup.

There may even be more buyouts this offseason with more than enough teams that have bad contracts and are desperate for cap space. It’ll be interesting to see how each team handles it as we approach the first buyout window of 2022.