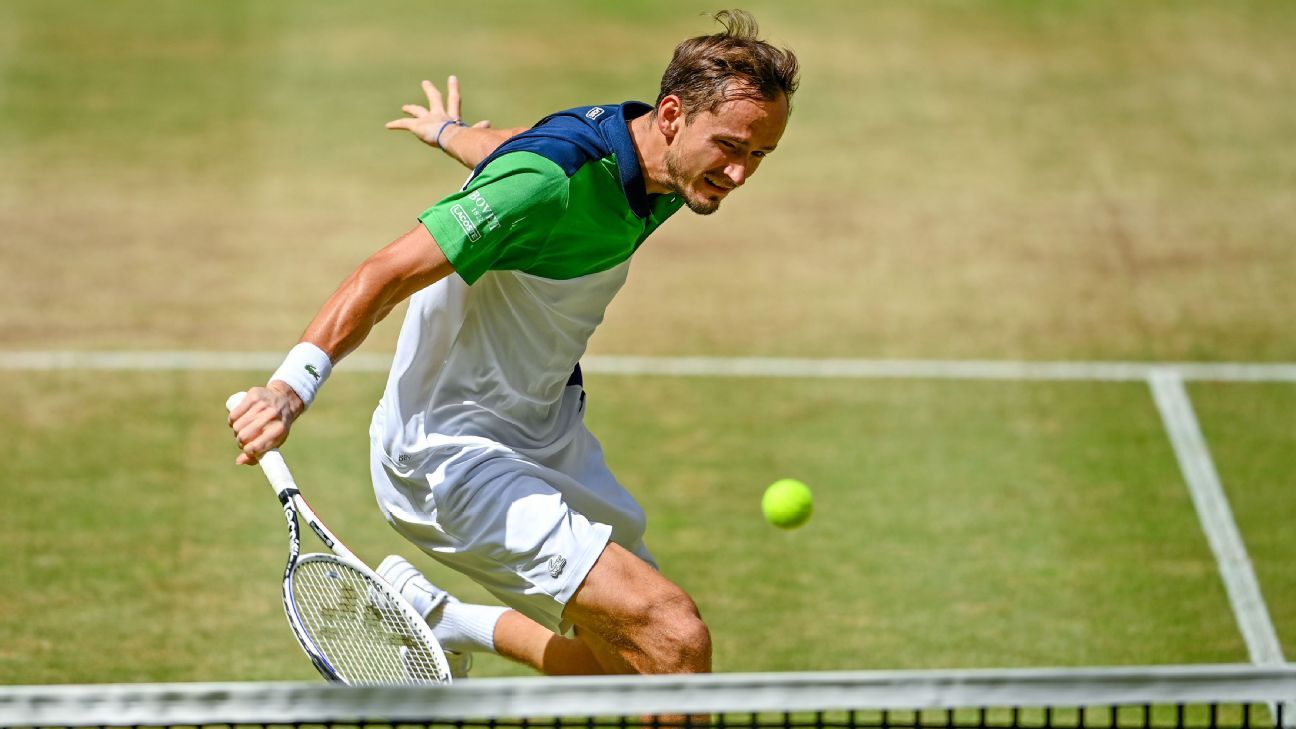 HALLE, Germany — Back-to-back finals in grass-court tournaments would be an excellent Wimbledon warmup for any player. But Daniil Medvedev can’t play at the All England Club this season.

The top-ranked Medvedev beat Oscar Otte 7-6 (3), 6-3 on Saturday to advance to the final of the Halle Open, a week after he was runner-up at ‘s-Hertogenbosch. Otte had set point at 5-3 in the first set but Medvedev broke back before forcing the tiebreaker.

Wimbledon starts in nine days without Medvedev or any other players from Russia and its ally Belarus. Wimbledon’s decision to impose the ban over Russia’s invasion of Ukraine broke with the other Grand Slams and with the men’s and women’s tours, which won’t award ranking points for the grass-court major.

That hasn’t stopped Medvedev building momentum on grass, though. His win over Otte left him 6-1 on grass this season, with the only loss a shock upset to then-205th-ranked Tim van Rijthoven at last week’s ‘s-Hertogenbosch final in the Netherlands.

The decision on ranking points at Wimbledon also works in Medvedev’s favor since he reached only the fourth round last year so has fewer points expiring than tournament winner Novak Djokovic.

Hurkacz’s semifinal win over Kyrgios was a festival of power serving as he hit 27 aces against 30 for Kyrgios, who lost despite holding in every one of his service games.

Hurkacz and Medvedev have each won two of their four matches together, though Hurkacz was the winner of their only meeting on grass in the fourth round of Wimbledon last year and also won the most recent match in Miami in March.