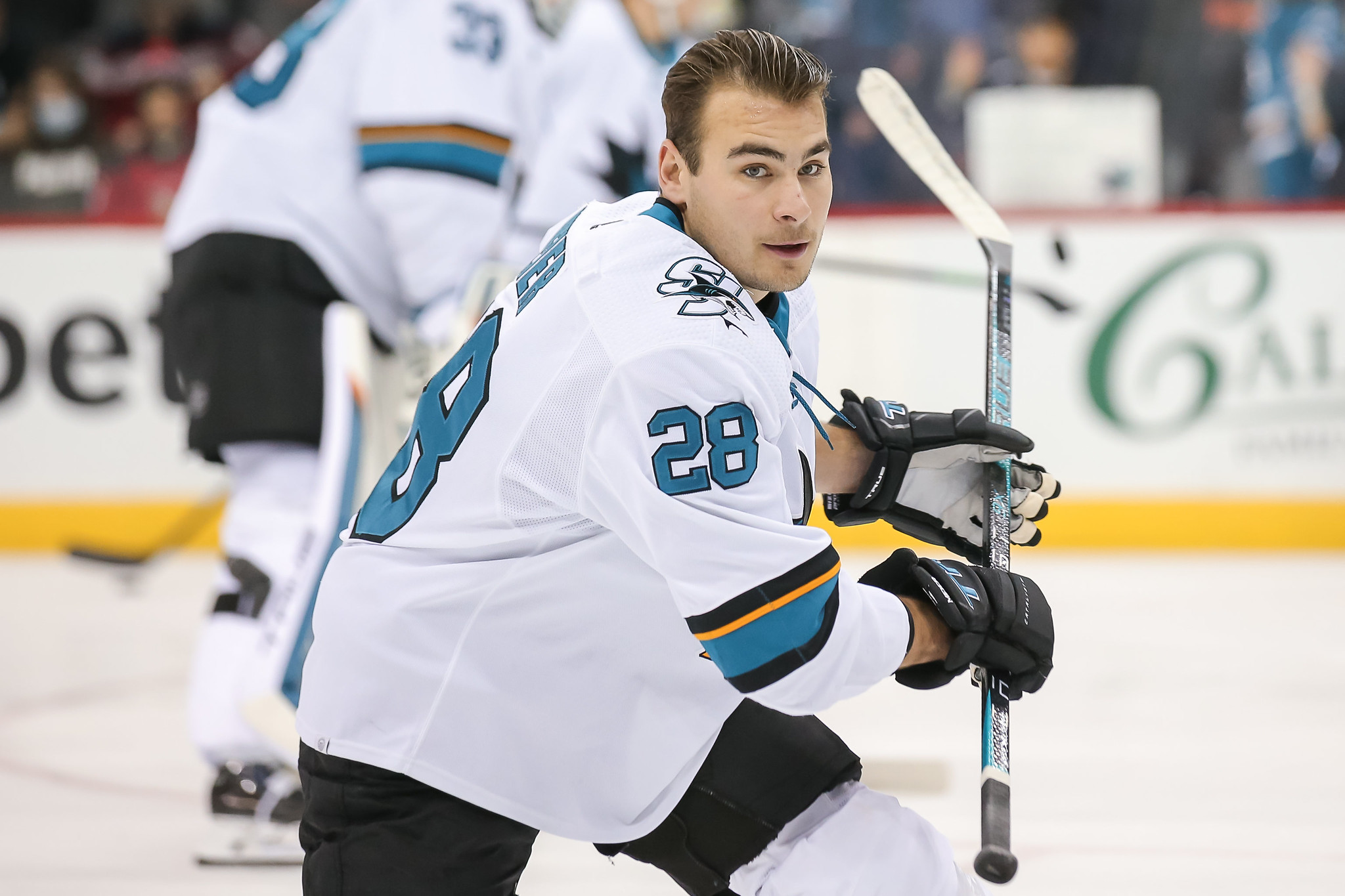 Welcome to our 2022 Offseason Trade Targets, where we’ll examine several teams the Toronto Maple Leafs could be interested in doing business with this summer. From minor moves to blockbuster deals, I’ll cover them all as we dive into some potential trade options for general manager (GM) Kyle Dubas.

Last time around we ventured out to Seattle to check in with the Kraken, who are entering their second season in the league. For today’s segment we switch gears slightly and instead of zeroing in specifically on one team’s trade candidates, I’ll examine a position as the Maple Leafs are potentially looking to upgrade their left wing position on the team’s second line. The overarching belief is that the team isn’t thrilled with having Alexander Kerfoot playing alongside John Tavares and William Nylander, and could be in the market to make a change. Here are three options they should consider trading for to improve their second line:

Wait, I know, you’ve heard this story before, but this time it’s a different Foligno as Marcus of the Minnesota Wild makes the list. The team is at a crossroads financially, and while GM Bill Guerin has done a marvelous job re-tooling with limited resources, he might not be done dealing. Foligno is a big body at 6-foot-3 and last season scored 23 goals in 74 games.

Foligno would look outstanding alongside Tavares and Nylander while bringing some protection and a tough customer to play against to the duo. He ranked ninth among NHL forwards last season with 238 hits and adding his physicality and toughness would be a huge upgrade for Toronto’s second line.

Foligno has the skills to play on any line and his versatility is certainly something that makes him an appealing option for Dubas and company. The Wild forward is signed for two more seasons at $3.1 million annually, a figure that is very reasonable for a player of his caliber.

There would be a whole lot of ‘here we go again’ chatter out of Leafs Nation once they saw another Foligno trade come down the pipe, however this time around it could very well work out. He’s soon to be 31 years old, in the prime of his career, plays a position Toronto needs to improve and plays a style of game that would complement the soft second line of the Maple Leafs.

San Jose Sharks GM Mike Grier is new to the position, however he’s jumped right into the trade waters and already made a splash by moving defenseman Brent Burns to the Carolina Hurricanes. While he’d likely want to start moving out some more of his veterans, what if the Maple Leafs showed up to his door with a package of two top prospects, Kerfoot and young defenseman Rasmus Sandin to acquire Timo Meier?

Meier is 25 years old, signed for next season at $6 million and will enter restricted free agency next summer. The Sharks are heading for a complete rebuild from the looks of it, and the Maple Leafs have several prospects who could entice Grier to pull the trigger, along with Sandin who could become a cornerstone piece on the blue line. Kerfoot would be thrown in as a salary dump and still is a serviceable player of course, who could bring back his own return come the trade deadline for the Sharks.

Meier is as skilled as they come in the league and playing him alongside Tavares and Nylander would be fun to watch. He’s way more physical than people realize too, as he finished the 2021-22 season with 162 hits, a number that would have led the Maple Leafs forward group last season. The Sharks winger also scored a career-high 35 goals and 76 points in 77 games last season.

A kicker here too, which MLSE can handle, is the fact Meier’s cash salary is $10 million next season, a wad of cash Sharks ownership doesn’t likely want to pay if they don’t have to, considering the team is going to be a bottom feeder in the Western Conference in 2022-23.

With Meier’s skill, style of play, and team control, he should be a prime target for Dubas and the Maple Leafs, as they should do everything in their power to take advantage of San Jose’s rebuild and move out some young talent. I’ve said it before, the likes of Auston Matthews and Mitch Marner are not going to be in Toronto forever, so the time is now to pounce and keep upgrading the roster and stop worrying about a 18, 19 or 20-year-old prospect who may or may not make an impact in the next two or three seasons.

While this isn’t the sexiest of names, Arizona Coyotes forward Lawson Crouse wouldn’t cost an arm and a leg in a trade with the cash-strapped Maple Leafs, so he could be someone they have ability to fit in under the salary cap. He showed last season that the scoring touch is there, with a career-high 20 goals and 34 points. Is this an upgrade over Kerfoot? Not necessarily when it comes to the score sheet, however when it comes to ‘fit’, Crouse is much better suited and brings more versatility to their mix of current forwards.

It’s no secret Nylander and Tavares are not hard to play against as they don’t throw their weight around or go crashing in on the forecheck, adding someone like Crouse would handle this element for the line. He finished last season with 181 hits and is never shy to drop the gloves and stick up for his teammates. Come playoff time especially, this is when Crouse would shine.

If you make a trade offer that includes a draft pick to Arizona, they are likely to give you their full attention. The Coyotes already own the Maple Leafs second-round pick in 2025 from the Nick Ritchie trade, so it would be interesting to see if Dubas would be comfortable sending more picks to the desert.

The Time is Now for Dubas and the Maple Leafs

While being in the final season of his contract and with the potential of having both Matthews and Marner walk in free agency over the course of the next few seasons, Toronto’s GM needs to be all in. The team is currently over the salary cap and has a crowded blue line and not enough talent up front.

The Maple Leafs have some interesting trade chips including the likes of Sandin, Jake Muzzin, Kerfoot and a slew of top prospects who are highly regarded across the NHL. Dubas needs to be perfect with his next trade and personally, for me, someone like Meier out of San Jose could be exactly what the doctor ordered. Speed, skill, toughness, team control and in the prime of his career, Toronto should have some bait in the water in southern California.

Shane covers any and everything to do with the Toronto Maple Leafs & Pittsburgh Penguins. A constant contributor to the THW family, his passion and unique perspective on the game results in some diverse content. Certainly versatile, you can also find him contributing at NHLTradeRumors.me, BaseballRumors.me & BBallRumors.com. Follow along on Twitter @ShugMcSween