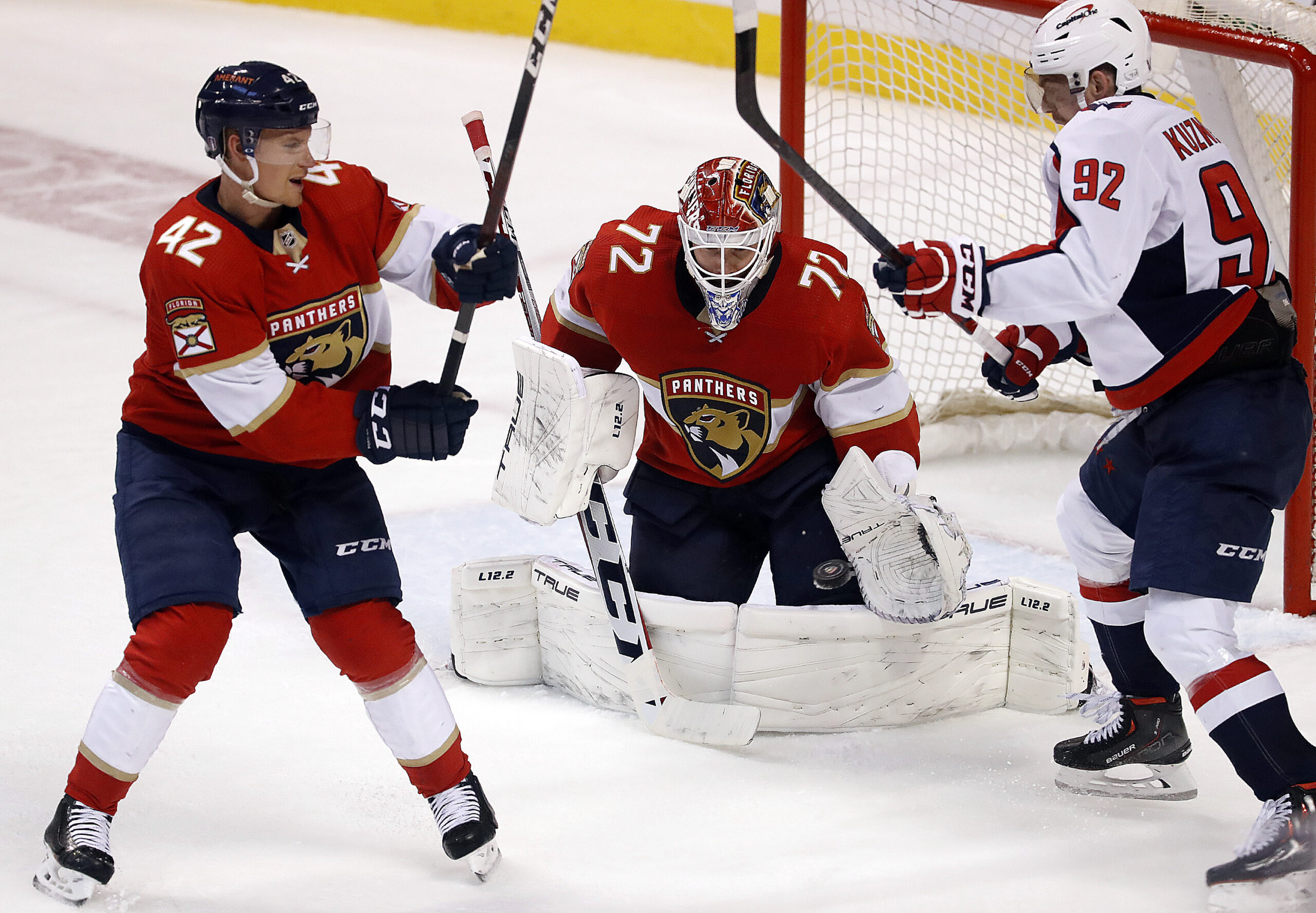 The Toronto Maple Leafs don’t have a number one goalie under contract. The talks with Jack Campbell’s camp have been practically non-existent, and the rumours around John Gibson have died. It appears Kyle Dubas is going to look for a solution in free agency, but a new trade candidate has emerged.

Nick Kypreos claims that the Florida Panthers are desperately trying to move Sergei Bobrovsky. On the Real Kyper & Bourne Show, he said the Panthers would retain as much as half of the goalie’s $10 million a season contract.

Half-price is enough to get anyone’s attention for a starting goalie of his calibre. Bobrovsky won 39 regular-season games for the Presidents’ Trophy winners. He also had a goals-against-average of 2.67 and a save percentage of .913, all numbers that have him in the upper end of netminders. Bobrovsky has two Vezina Trophies on his resume, one in 2012-13 and another from the 2016-17 season.

On the downside, he is 33 years old and has four years left on his deal. Plus, the Russian has a no-movement clause, which adds another wrinkle. Obviously, Florida will be asking the veteran to do the team a favour and waive the clause. Maybe he does. But, a longstanding rumour repeated during the Real Kyper & Bourne Show is that several players have Canadian teams recorded on their no-trade list.

From a Toronto standpoint, this would be a perfect match for the wrong reasons. Bobrovsky is a fantastic regular season player but struggles in the playoffs. You don’t have to go too far back to find that example, as the NHL’s top team was swept by the Tampa Bay Lightning in the second round just a few weeks ago. Toronto has a firm grip on the title of the fantastic regular-season team and a horrible playoff team. The Maple Leafs do not need more proven playoff no-shows.

Aside from the player, the desperation Florida shows could be the break Toronto needs. If the rumour is true, retaining $5 million for four more years is a panicked call for help. Remember, the Panthers went all-in during the past trade deadline. General manager Bill Zito mortgaged the future for forward Claude Giroux, defenseman Ben Chiarot and defenseman Robert Hagg. As a result, they have no first-round picks for the next three years and only one second-round selection through to 2024. Florida already spent nearly $80 million for next year’s roster but barely has enough players to ice a team – and you thought Toronto had salary cap problems.

Speaking of which, Petr Mrazek is set to make $3.9 million next season and the season after that. Toronto has to find a team desperate enough to take that contract. Toronto did everything it could to save its first-round draft pick at the last trade deadline. Dubas certainly doesn’t want to have to pull another Patrick Marleau-like deal and pay a top pick for a team to take the contract. If Florida is this desperate, they may take Mrazek and buy him out.

This deal was speculated a year ago, except it included William Nylander going the other way. That can’t happen in this transaction. Florida needs picks and prospects to get enough money to play a full roster next year. Dubas has an overflowing farm system and plenty of picks, but is he willing to bet on Bobrovsky in the net? Free agency opens on July 13; only then we will have our answers.

Kevin Armstrong is an award-winning journalist with more than two decades of experience. He’s been rink side for World Juniors, Memorial Cups, Calder Cups and Stanley Cups. Like many Canadian kids, his earliest memories include hockey. Kevin has spent countless hours in arenas throughout the country watching all levels of the game.