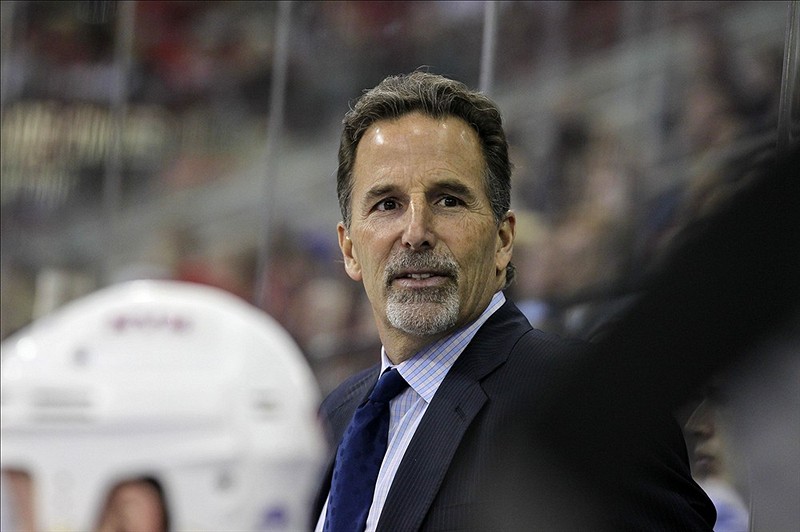 The Philadelphia Flyers have still yet to announce their choice as the 23rd head coach in franchise history, but seven weeks of speculation are finally about to culminate. John Tortorella is expected to step behind the bench for the 2022-23 season. He would inherit a roster with a long list of holes and limited flexibility to address them. Meanwhile, the rest of the hockey world has eyes on the Stanley Cup Final and the 2022 NHL Entry Draft in Montreal just three weeks away.

Kevin Weekes reported late Tuesday night that the Flyers had offered the head coaching job to Tortorella. Late stages of negotiations are still reportedly taking place, and the organization has given no official word of the hire. Charlie O’Connor of The Athletic expects the news to drop on Friday.

Tortorella brings the type of track record Philadelphia was searching for. He led the Tampa Bay Lightning to their first Stanley Cup in franchise history in 2004, defeating the Flyers along the way in a tight, seven-game series in the Eastern Conference Final. In 20 seasons as an NHL head coach, he has made 12 postseason appearances and earned the Jack Adams Award as the NHL Coach of the Year twice. His polarizing personality will undoubtedly generate interest in a passionate sports city like Philadelphia, and the media attention will benefit an organization that has fallen out of relevance in its own market.

The Flyers were reportedly willing to make Barry Trotz the highest-paid coach in NHL history if the former New York Islanders bench boss wanted the job. Although they missed out on their ideal target, Tortorella is an excellent coach who emphasizes accountability and sound fundamentals. He is qualified to man the bench for any NHL team.

The Hunt for Top-End Talent

Interest in Trotz and Tortorella as the two top candidates indicates the desire to contend immediately, and no coach can fully cover up a lack of talent on a roster. The top lines of contending NHL teams in 2021-22 were glaringly superior to the biggest offensive threats for the Flyers, and it doesn’t take a hockey expert to watch the Stanley Cup Final and notice Philadelphia’s shortcomings in comparison to the Colorado Avalanche and the Tampa Bay Lightning.

General manager (GM) Chuck Fletcher faces a tall task in correcting his team’s weakness. He has reportedly inquired about the availability of Chicago Blackhawks right winger Alex DeBrincat. The 24-year-old scored 41 goals in his fifth NHL season in 2021-22. However, Fletcher has limited cap flexibility to acquire the “top-end talent” needed to help the Flyers compete next year. The organization’s plan to “aggressively retool” the roster will require some serious creativity.

In addition to DeBrincat, the potential availability of David Pastrňák provides another intriguing name in the mix to fill the void on Philadelphia’s top line. Just as with any deal for DeBrincat, the Flyers would somehow need to compensate with limited trade chips and rearrange their cap structure significantly. The chances that Pastrnak leaves the Boston Bruins at all and lands with the Flyers is unlikely, to put it mildly.

Bill Meltzer spoke on the Flyers Daily podcast about the big picture of the 2022 NHL Entry Draft in relation to the context of the fifth-overall pick.

“I don’t think that there’s very many guys in this draft who are going to be NHL-ready right off the bat. Even if you (the Flyers) take one of the defensemen, that’s a mighty big ask to ask a teenage defenseman to come in and play 20 minutes (per night). Develop the guys on their own time.”

He went on to describe 2022 as “a very ordinary draft” and even questioned whether Slovakian phenom and projected second-overall pick Juraj Slafkovsky will play in the NHL right away. The Flyers have only picked in the top five three times during the 21st century, and they haven’t found a franchise-altering player with any of them. The search for “top-end” talent won’t be any easier for Fletcher in the draft than in free agency or via trade.

Colin Newby is a freelance journalist from Delaware County, PA covering the Philadelphia Flyers for The Hockey Writers. He is an encyclopedia of useless sports knowledge with an uncanny ability to rattle off Flyers goaltending stats from 2004 and every Stanley Cup winner during his lifetime. The depths of his knowledge stem from spending his entire life following the Flyers and the NHL, from fan favorites like the “Legion of Doom” and Claude Giroux to forgotten journeymen like Andy Delmore and Branko Radivojevič. He joined the Professional Hockey Writers’ Association (PHWA) in 2022.

Colin also covers the Philadelphia Eagles and works for 97.5 The Fanatic in Philadelphia.